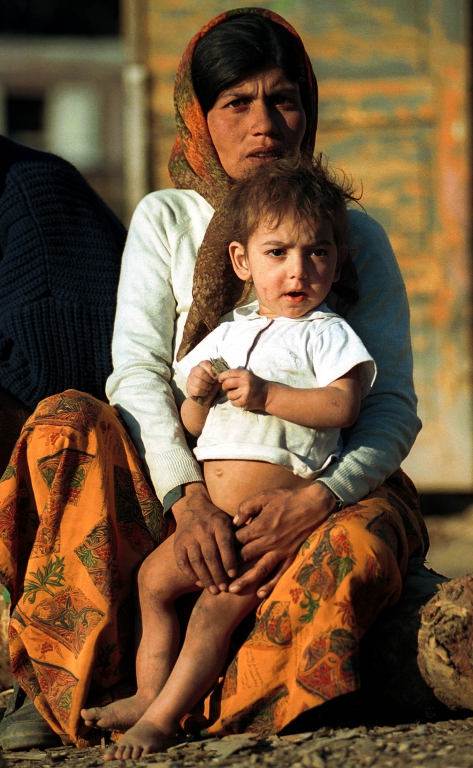 Practices such as early and arranged marriages and certain sexual taboos in Romani communities restrict the autonomy of individuals, deprive them of their human dignity and prevent them from realising basic human rights. Romani girls’ educational carreers are often interrupted at early stages as a result of marriage. Many women are not able to undertake public activities due to pressures exerted by family and community conditioned by traditional perceptions limiting the role of the woman to the family sphere. Homosexuality is considered an abomination in many communities.

The debate about the conflict of individual rights with traditional practices is now taking place among Roma. Beyond the arguments of the many sides in the debate, however, it is important to see the political implications of this debate. Awareness about contradictions between human rights and customary practices has left the private sphere. Resistance is no longer an intuitive reaction by a few brave individuals – youths, women or others – who do not accept the limitations of community tradition.

Questioning issues considered by many Roma to be taboo not only has the potential to catalyse processes within Romani communities of rethinking their relevance. It also poses a challenge to the perception of Roma by large parts of the majority as a homogenous mass of people trapped in the “primitiveness” of their own traditions. Furthermore, as seen in the pages of this issue of Roma Rights, the problematisation of the contradiction between rights and traditions exposes a host of problems related to the inequalities facing Roma in society, resulting from past and present discrimination condoned and unremedied by states. Thus, the debate about human rights and tradition also betrays the arrogant stance often adopted by governments, blaming “Romani tradition” for the failure of states to fulfil basic duties. In this way, this debate, held publicly, adds strength to the fight against anti-Romani racism.

This issue of Roma Rights examines matters related to a dual dynamic: on the one hand, abusive practices perpetrated on Roma by Roma in the name of “traditional culture”, and the general abandonment by the state of the victims to the perpetrators; on the other hand, a tendency by state officials to treat social problems in the Romani community with draconian and disproportionate measures. In this way, we look at embedded traditions leading to the systemic frustration of rights: traditions giving rise to abuses by Romani perpetrators, and traditions of abuse arising from state practices taking aim at Roma and Romani traditions. We aim to provide a forum for voices within the Romani community working to combat abusive traditional practices. We also try to set in focus the context fostering abusive community practices.