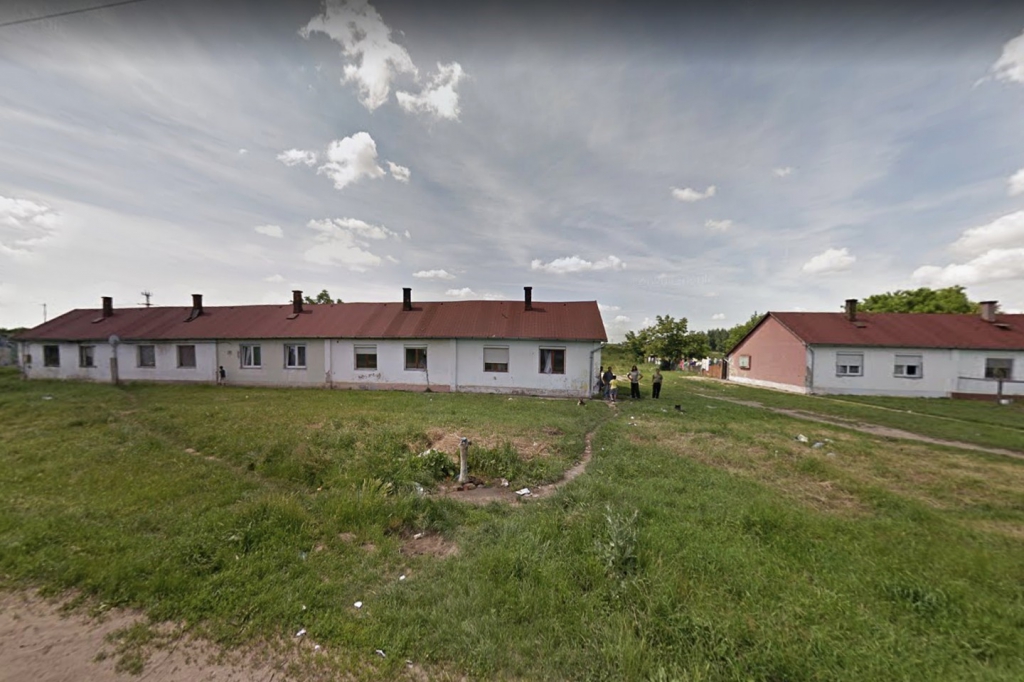 Hajdúhadház, Hungary: According to the Hungarian Civil Liberties Union (TASZ), disadvantaged Roma families from the small town in the north-east of the country face the prospect of becoming homeless at a time when Hungary is recording the highest number of Covid-19 deaths per million in the world.

More than 80 people including 50 minors, living in run-down apartments in the segregated Irinyi Street, received legal notice informing them that they would have to quit their homes because their tenancy agreement, which expired on April 30, would not be extended. This is due to the municipality securing HUF 500 million funding under an EU tender for the “Rehabilitation of Degraded Urban Areas”.

It was clear that many of these families, stuck in this segregated street for decades, would not be able to find alternative accommodation by the deadline. TASZ reasoned that the objective of such EU funding was to improve the living conditions of the affected families, instead “the municipality of Hajdúhadház is pushing families into homelessness” for, according to local media reports, “it appears that they will not be able to move back even after the renovation.”

TASZ also reported that local child and family care workers informed parents that if they didn’t have a registered address by May 1, their children could be taken into care. No long-term solutions were proposed by social services to accommodate the families. It was suggested that several people could go to Gyula, 150 km from Hajdúhadháza, to temporary family accommodation centres, but there was no guarantee that families could stay together. Many fear that such a move would amount to expulsion from the settlement. One mother interviewed by Dikh Tv explained her predicament:

“There is nowhere to go with the children at all […] The Child Welfare Service had a case conference on children, and they said that if there was nowhere to go, they would offer a maternity home, and if I could not go to the maternity home with so many children, half of the children would have to stay with someone else, they said, and with the other kids where they can find a place, we go there. But if there is no place, the children will be taken to an institution.”

The housing activist group, A Város Mindenkié (AVM/ The City is for Everyone), which alerted TASZ to the situation, launched a mail campaign, and within a week more than 1,000 people demanded that the pro-government mayor of Hajdúhadháza, Dénes Csáfordi, ensure that the municipality continues to provide durable and affordable housing for families threatened with eviction.

TASZ made a freedom of information request concerning the terms of the EU grant contract, as the municipality did not publish the details on their website, and made a public interest notification to the competent state bodes to ensure this EU funding is used lawfully and to investigate any irregularities. TASZ has also contacted child protection agency to prevent any unlawful removals of children on the grounds of poverty or inadequate housing, and will provide legal assistance if child protection proceedings are initiated, or if families continue to be threatened.

The mayor did not reply to TASZ or AVM, but published a notice on the local government website on 3 May 2021, co-signed by the pro-Fidesz chairman of the Hajdúhadháza Roma National Minority Self-Government. In this notice, the municipality announced the extension for expiry of the tenants’ leases until 23 May 2021, and asserted that it does not plan to “break up families” or remove children due to housing problems. The leaders of the municipality declared themselves “committed to resolving the housing of all tenants and untitled users of the property”. The mayor also warned individuals and NGOs who wish to make their opinions known on the situation of the tenants of Irinyi Street and the city to “do so in a way that does not disturb the peace of the people of Hajdúhadháza and does not stir up ethnic tensions in our peaceful community!”

AVM noted that the communication fails to indicate how the mayor intends to resolve the housing needs of the families, and that offers of temporary accommodation cannot pass muster as solutions. They also expressed concern at efforts to persuade families to apply for emergency settlement support – a one-off, ad hoc payment of HUF85,500 – to pay for ‘removal expenses’. AVM suggests that this is a ploy to silence vulnerable families who are at risk of becoming homeless, and an abuse of their desperate need for any financial support. In any case, Romani families with many children will find it impossible to rent on the private market. AVM have alerted the European Commission Representation in Hungary and the Hungarian Members of the European Parliament to inform the European Commission that EU funds – intended to improve the living conditions of Romani families in deep poverty – are at high risk of being misused by the Hajdúhadháza municipality to cheat the supposed beneficiaries and uproot them from their homes. No doubt, once informed, the Commission will ‘continue to monitor the situation closely’.