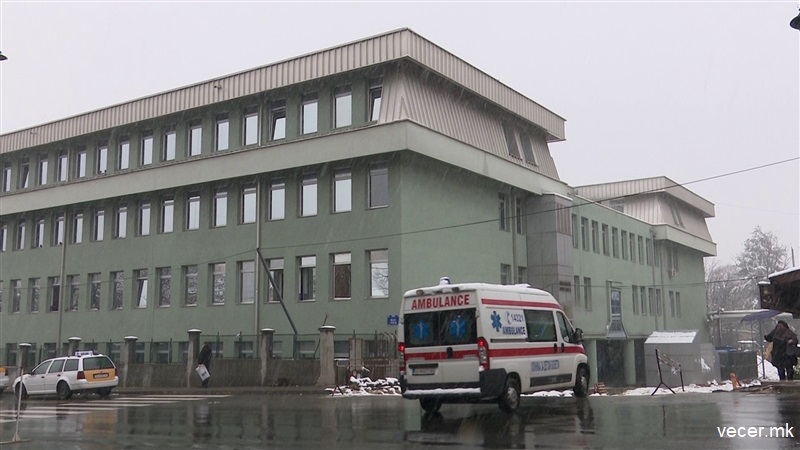 A 37-year-old Romani woman and her baby have died in Skopje, North Macedonia after being emergency transported to the hospital from Ohrid, a city in the west of the country. The mother suffered complications which resulted in the death of her baby in utero, whilst she was waiting to be treated for hours outside the hospital. She died later of sepsis after doctors in the emergency care unit were unable to revive her.

The incident occurred on 31st March after she had been waiting for three days since her waters had broken for doctors to accept her at the gynaecological clinic at Ohrid and deliver her child. The woman came from a very poor background and lived in substandard housing conditions. She visited the clinic several times complaining of extreme pain and showing signs of infection, but was denied treatment and sent home. She was finally rushed to the emergency department in Skopje only to be left outside the hospital for more than six hours while they tested her for the Covid-19 virus. The Ministry of Health has since confirmed that her results came back negative.

The woman lived in poor conditions with her husband and two children, aged three and six. Because of her poor background she was unable to afford the costs of traveling and visiting a doctor often. She visited the gynaecological clinic at Ohrid General Hospital for the first time after her waters broke on 26th March and was told, after examination, that she was not yet ready to deliver. She returned three days later on 29th March, complaining of intense, abnormal pain and showing signs of bleeding and infection. The same doctor told her she was not yet dilated enough for delivery and sent her home. She came back again the next day with worsened pain and was told by a different doctor that she was not yet ready to give birth. She was again sent home without any treatment, despite begging the doctor for a caesarean section to relieve the pain. On 31st March she arrived at the clinic in the morning and asked for immediate attention as she could no longer stand the pain. A doctor she had not seen before was on duty and told her that her baby was in a bad condition and was having difficulty breathing. The doctor called for an emergency vehicle to take her to Skopje hospital at 10am because her complications were too difficult to treat in the Ohrid clinic. 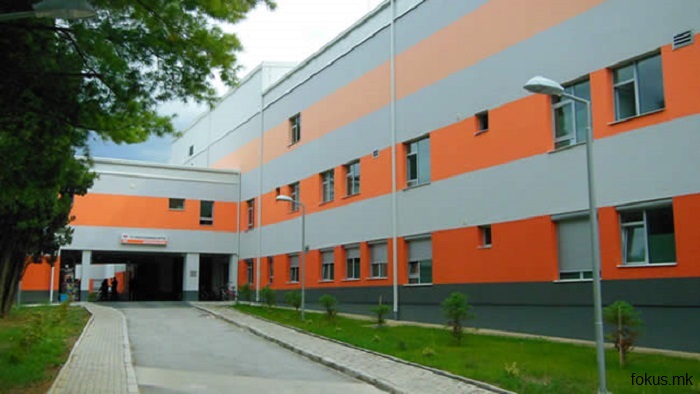 General Hospital Ohrid, where the 37-year-old pregnant Romani woman was turned away untreated in the days before she died.

Considering the time it takes to drive from Ohrid to Skopje (two hours), and the time it would have taken for the emergency services to respond, the woman could not have arrived at the hospital in Skopje any later than 1:00pm. The doctors found her alone outside the hospital, meaning the driver of the emergency vehicle left her near the doors rather than take her inside. She had a high fever, so medical staff took a sample to test for Covid-19 and she was made to wait for treatment until the test results had returned. She was not admitted to the hospital until 7:30pm.

It is unclear at what point the baby died; during the two hour drive to Skopje, or in the six or more hours she was left outside the hospital doors, but the doctors at the emergency department of the hospital noted that the baby was dead on arrival.

Nobody from the hospital called to tell her family or friends that she had arrived safely, they found out through contacting a Roma doctor who was working in a laboratory in Skopje. The only official communication her family received from the hospital was at 8:30pm when they were told that she was being taken into surgery to remove the baby. After the operation was complete she reportedly had further complications and a high fever as well as signs of sepsis. She was intubated and medics attempted to treat her for more than two hours but were ultimately unsuccessful and she died at around 10:00pm.

The Ministry of Health have confirmed that the State Sanitary & Health Inspectorate will begin an investigation into her death at the University Clinic of Gynaecology & Obstetrics in Skopje, the hospital which she was brought into. Additional inspections will be carried out at the General Hospital Ohrid Department of Obstetrics, Gynaecology, and Neonatology and with the family doctor.

Much of the media coverage in North Macedonia has victim-blamed the woman for not regularly attending check-ups with her doctor (which she was unable to afford), or her poor health condition and lifestyle. In one editorial she was described as being morbidly obese, and that she had been immobile for the past five months. Her friends and family say this is untrue and she walked her eldest daughter to school every day. Regardless, these claims do not absolve medical staff of their apparent negligence in failing to treat a 9 month pregnant woman complaining of severe pain and living in a vulnerable situation.

Whilst we can only speculate on some of the details until the autopsy report is completed, there is strong suspicion of negligence, fuelled by institutional racism, at several stages leading up to the death of this woman. The first instance is the doctors’ repeated refusals to treat her at the gynaecological clinic, despite the severe pain, bleeding, and signs of infection she was showing. Whether she was dilated enough to deliver her baby was irrelevant to the obvious problems she had which required treatment.

The question of when her baby died is also crucial to the question of medical negligence. The baby was still alive, though in danger, when she was examined by the last doctor at the Ohrid clinic before being driven to Skopje. The baby may well have died before arriving at the hospital but she was then left for over six hours at the door, during which time the baby could also have died and which could be the cause of the sepsis which killed her. Additionally, the Ohrid clinic did not send her blood group information with her in the emergency vehicle when she was transferred to Skopje. The lack of blood group information was mentioned by a representative of the Ministry of Health in the description of how she died.

It is clear that during these extraordinary times we find ourselves in, there are extra precautions that need to be taken to slow the spread of Covid-19 and protect frontline medical workers, as well as other patients from possible infection. In a state of emergency and a time of national panic it is also inevitable that mistakes will be made, and already it is clear that human rights violations will occur more readily in this period. However, this does not excuse the negligence and institutional racism which have led to the death of this 37-year-old Romani woman and her unborn child.

A close neighbour and family friend is now looking after the woman’s two children so that their father can work to provide for them. She was the one who took her to the clinic and witnessed the events in the days leading up to her death. She said to the ERRC: “I saw her in bad conditions, she was begging the doctors for help for days. I think it happened because of how she looked to them, her appearance and her socio-economic situation.” The neighbour also recounted how she had heard the staff at the clinic commenting that the Romani woman smelled bad, and she had witnessed them laughing and joking when they told her she was not ready for delivery and sent her home.

This woman died not only because of this unprecedented public health situation, but because this situation coincided with her being Roma and her being poor. The intersection between her skin colour, her gender, and her class meant she was treated unequally and unprofessionally by a system that institutionally discriminates against people who look like her; a system which ultimately values her life as less worthy than other citizens of the country. The Corona virus pandemic has only served to stress this system and highlight the tragic inequalities which have always existed within it. The cause of death is as much racism, as it is negligence.

The ERRC is awaiting the autopsy from the hospital in approximately one month’s time and will investigate the case further with the Health Inspectorate and the Ministry of Health.