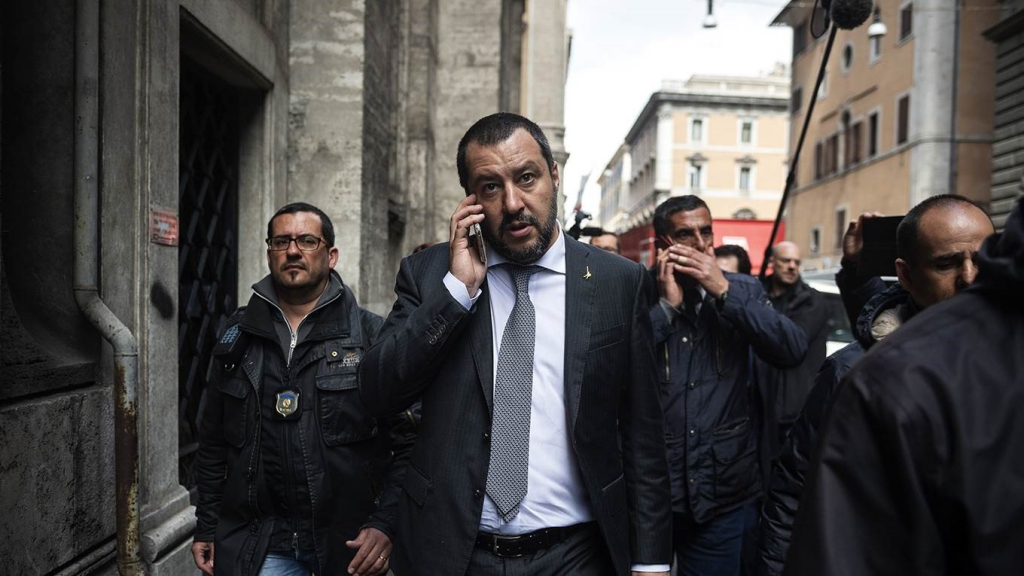 Just one month ago, the ERRC published a fact sheet on mob violence and collective punishment and warned of the threats facing Roma communities in countries where antigypsyism has been mainstreamed as an ‘acceptable form of racism’. Tragically this warning proved to be all too prescient. Mob violence against Roma in Bulgaria, Italy and France has not occurred in a vacuum – it is politically orchestrated. Antigypsyism is an obscenity, a stain on the European Union and democratic values. It’s time to call it out and combat it more forcefully. The message to mainstream political parties is simple: To remain silent is to be complicit.

Last week’s shocking attacks on Roma homes and property in the Bulgarian town of Gabrovo by gangs of young men following ‘spontaneous’ protests, are the latest incidents of mob violence against Roma in the run up to the European elections. Together with the vicious assaults on vulnerable Roma in Paris and Rome, these outrages serve as a grim reminder that antigypsyism won’t be wished away. As the far right mobilizes for votes and against ‘ethnic replacement’, multiculturalism and minorities, one thing is certain, Roma lives will be further endangered between now and election day.

According to the data from, Europe Elects, while the two biggest groups in the European Parliament — the European People's Party (EPP) and the Socialists and Democrats (S&D) — have seen a modest upward trend, they are still projected to take major hits in the May 26 elections, with the EPP forecast to lose 37 seats, and the S&D are predicted to drop 56 seats.

The chilling scenario is that these elections hold the prospect of dramatic gains for right wing extremist forces across Europe. Far-right parties are in power in Italy, Hungary and Poland; governing as coalition partners in Austria and Bulgaria; and riding high in the polls in several countries including France and the Netherlands. As extremists launch their campaigns of hate and fear, Europe’s Roma find themselves increasingly in the front lines - scapegoated for society’s ills, racially abused and targeted by neo-Nazi thugs in direct violent assaults.

There is a clear link between Matteo Salvini’s talk of deporting irregular Roma and “a mass cleansing street by street, piazza by piazza”, and the later events in the rundown Torre Maura suburb of Rome. Screaming “those bastards must burn”, a 300-strong far right mob, backed by neo-fascist groups CasaPound and Forza Nuova, set fire to dumpsters and cars to prevent the placement of 70 Roma in a local reception centre.

This came soon after Italy’s intelligence agency warned of a possible rise in attacks on minorities in the run-up to the European elections, by a far right characterized “by a pronounced vitality”, and an increase in xenophobic propaganda. According to the European Committee of Social Rights (ECSR), much of the propaganda and lies emanate directly from the authorities.

Antigypsyism has been ‘mainstreamed’, for it is no longer the preserve of Nazi sociopaths. Government ministers in Sofia get acquitted of hate speech charges for describing Roma as “brazen, feral, human-like creatures”. Recent ‘spontaneous’ attacks on Roma neighbourhoods have been coordinated by a combination of far right militants and football ultras. Deputy Prime Minister Krasimir Karakachanov, head of the fascist Internal Macedonian Revolutionary Organization party (IMRO), upped the tension during this unrest by calling for harsh measures “because Gypsies in Bulgaria have become exceptionally insolent”. This call was followed by the demolition of fifteen family dwellings in a Roma neighbourhood by the authorities as a form of collective punishment in January. 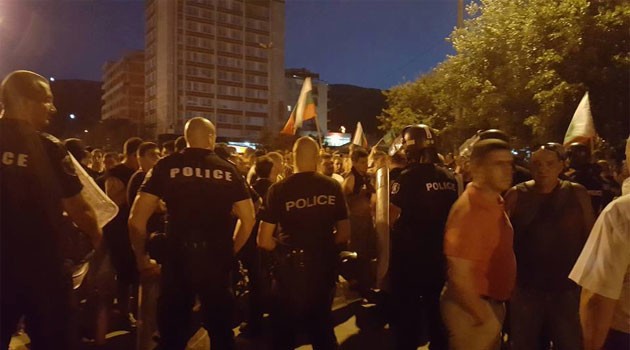 Video footage of this latest violence in Gabrovo shows the mob attacking houses, throwing rocks through the windows and demolishing their chimneys, to the vehement applause of bystanders. On the back of protests bizarrely billed as “say no to aggression”, this terror has forced Romani children stay home from school for their own safety, and families to flee to other towns to stay with relatives.

France and the ‘Gypsy hunt’

In France, government spokesman Benjamin Griveaux condemned the series of 25 attacks against Roma between 25 March and 9 April around the outskirts of Paris as an “absolutely unacceptable targeting of the Roma community”. This ‘Gypsy hunt’ was sparked by coordinated hoax reports on social media alleging that Roma people in a “white van” were abducting children and planned to rape them or sell their organs.

But many vividly remember that the official face of “the Gypsy hunt” in France was former President Sarkozy, whose policy of dawn raids and demolitions of camps followed by swift mass deportations prompted condemnation from the European Parliament in 2010 for the “the inflammatory and openly discriminatory rhetoric lending credibility to racist statements and the actions of extreme right-wing groups”.

Likewise in 2013, Prime Minister Valls, then Interior Minister, declared that the majority of Roma “could never integrate” into French society, that Roma lifestyles were "clearly in confrontation" with French ways of life, and that “the majority [of Roma] should be delivered back to the borders. We are not here to welcome these people.” In France and across Europe, it is clear that ‘official antigypsyism’ lends legitimacy to violent acts against Roma perpetrated by extremist groups; it creates a permissive and enabling environment for pogroms, racist intimidation and terror.

Beyond the violence, the beatings, burnings and murders, it is the everyday racism, the routine segregation in schools, towns and villages; the policies that forcibly evict and push Roma beyond the city limits, out of sight and out of mind, that cultivates complete indifference to their privations and suffering. This indifference amounts to complicity and nourishes what some call the “last acceptable form of racism” in Europe. There can never be “an acceptable form of racism.” The recent European Parliament resolution to recognize antigypsyism as a particular form of racism and to resolutely condemn it was welcome. May’s European elections will be the first real test of the Parliament’s resolve to follow fine words with determined deeds, for there can be no place in European politics for the racist politics of hate and fear.