A step closer to protecting the right to beg? 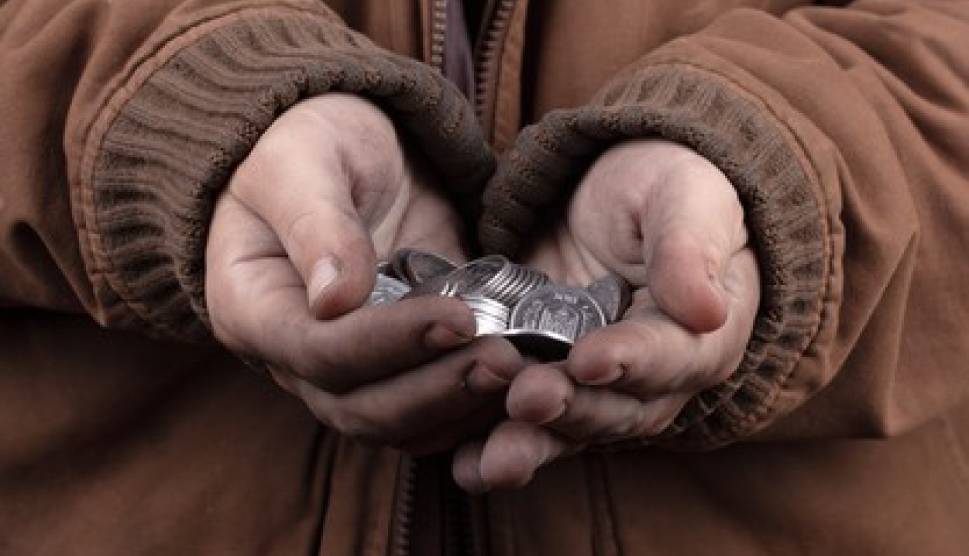 Imagine that, because of circumstances beyond your control, you had no other option but to beg in the streets in order to provide for yourself and your family. But begging has been criminalised and doing it could lead to the deprivation of your liberty. What would you do? Ms. Lăcătus chose to survive – to beg – and she was put in custody for it.

In 2016, the European Roma Rights Centre (ERRC) submitted a third-party intervention in Ms. Lăcătus’ case before the European Court of Human Rights (Lăcătuş v. Switzerland). They argued that the court must consider Article 14 (the prohibition of discrimination) of the European Convention on Human Rights (ECHR), which would take into account the context of antigypsyism in her arrest for begging in Geneva. A third party intervention is a mechanism by which organisations like the ERRC can provide the court with information to assist it in reaching its decision. It is usually submitted in cases where the implications could have wider consequences for society than just the immediate issues at stake. In this instance the ERRC argued that the Court should take into account the impact of antigypsyism in order to understand the discriminatory motivation underlying the adoption and increasing enforcement of laws criminalising begging in Europe. The ERRC further encouraged the Court to recognise the link that exists between Roma and begging in the minds of many Europeans and see this as a manifestation of antigypsyism. However, the Court in its judgment chose a different path.

On the 19th of January 2021 the European Court of Human Rights (ECtHR) rendered its first judgment concerning the issue of begging (available here in French only). The Court found the  fine, and decision to put Ms. Lăcătus into custody for not paying that fine, to have violated Article 8 of the European Convention of Human Rights (the right to private life). Arguing that the applicant was from an extremely poor family, unemployed, illiterate, and did not receive any financial aid, the Court held that begging was the measure she had to take in order to survive. In this vulnerable situation, the applicant had a right to convey her plight and meet her basic needs by begging. Moreover, the Court found that the penalty imposed on the applicant had neither been proportionate to the aim of protecting the rights of passers-by, residents and shop owners, nor to the aim of combating organised crime.

What was missing in the judgment was any mention of discrimination. Not for the first time, the Court failed to consider the possibility that Ms. Lăcătus had her right not to be discriminated against (Article 14) violated. This has become an ongoing criticism towards the Court; that it fails to use Article 14 of the ECHR. The problem with overlooking discrimination is that it deprives Romani victims of full redress for the harms which have been committed against them. In Ms. Lăcătus’ case, the issue of applying Article 14 had been raised by the ERRC which argued that many States adopted anti-begging provisions after 2007, the year when countries with large Romani populations such as Bulgaria and Romania joined the European Union. At the very least the Court could have argued that the Geneva Criminal Act was a case of indirect discrimination, in the sense that it does not explicitly target Romani people but that it indirectly affects them disproportionately. But one could imagine even going a step further and arguing that this is a case of direct discrimination. While the Criminal Act is written in a neutral manner and does not mention Romani people per se, it is important to analyse the context and the application of the law through the lens of when these anti-begging provisions were adopted, and the historical context of the racialisation of the Romani people. Arguably, this Act was introduced to stop Romani people from begging in the streets. Further evidence from debates preceding the adoption of the Act could thus demonstrate that it was a targeted piece of racial legislation without saying so on paper. Even without such evidence, the negative and discriminatory impact on Romani individuals is clear. Therefore, it is no great stretch of the imagination to conclude that the Act is targeting Romani people and that it is a case of direct racial discrimination.

Besides the question of discrimination, the Court could have chosen to view the question of begging in relation to Article 3 (the prohibition of torture, inhuman or degrading treatment), rather than Article 8 (the right to private life). The first provides a stronger argument in the current case. There is ongoing criticism that Article 8 has through jurisprudence, developed to have too wide a scope, and that almost anything can be included in it. In the given case the Court’s reasoning for applying Article 8 is not convincing and it is difficult to understand how the notion of “private life” can include the act of begging, which occurs in public streets. If they had considered Article 3 to be applicable in this situation, then the benefits could have been potentially huge for vulnerable people engaged in begging who would be protected by an absolute right. The argument for Article 3 to be applied is that prohibiting begging inhibits a person from obtaining the bare minimum necessary to live, and that is especially the case when there are no alternatives. While it is true that in order to apply Article 3, under the Court’s case law, a minimum level of severity needs to be reached, it could also be concluded that anti-begging provisions constitute inhuman and degrading treatment. What is more inhuman and degrading than being forced to beg due to a lack of alternatives, and then being fined and put in jail for trying to survive?

With this judgment, a first step has been taken by the Court towards protecting the right to beg. Despite this, the discrimination and degrading treatment aspects have been overlooked to the detriment of vulnerable Roma and non-Roma everywhere. By not applying Article 14, the Court continues to deprive Romani victims of true justice for the harms of antigypsyism. Without the protection of the absolute right of Article 3, this case will be repeated again and again. To keep Romani beggars out of sight and out of mind, institutionally racist authorities are likely to continue attempts to banish an already marginalised minority from their city centres. The victory of this judgment is that begging has been recognised as a human right for the most vulnerable in our society, and this judgment will serve as a foundation from which others can continue the fight against anti-begging provisions.