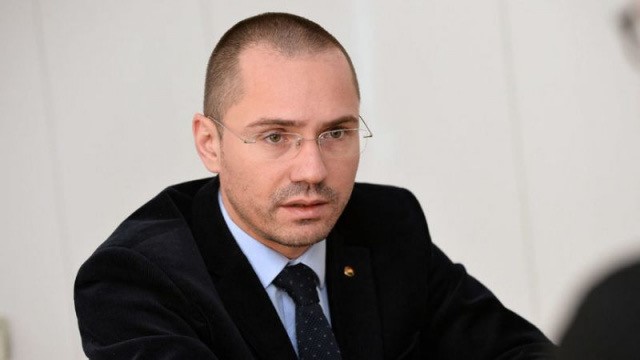 The other night I couldn't sleep for a long time. I was about to drift off when a video message from MEP Angel Dzhambazki appeared before my eyes. In this video Dzhambazki publicly called for Roma neighbourhoods to be closed during the COVID-19 pandemic because ‘Gypsies have a very low health culture’ and ‘have no personal hygiene’.

How many of you have felt the feeling of being hated, not because of your personalities and who you are, but because you were born Roma? Hated by someone before they even meet you, know your name, get to know you in person. Just like that: hated by default.

It happens to me every day. I'm not saying I'm used to it, because I don't want to get used to it. Getting used to it means it's normal, and it is not. The fact that someone is trying to offend me, to offend my parents, my friends, and other people whom I don't know, but whom I am associated with because of my ethnicity, is a tough test for the nerves of any human being.

‘If you leave the gypsies free to walk up and down and probably spread the infection, it is mild to say ill-advised, mild to say irregular, mild to say beyond any logic. Gypsies are engaged in begging, theft and prostitution’ stated Dzhambazki. Then he said that there are a few organizations who defend Roma and they should not, and he condemned them as anti-Bulgarian traitors.
No, the year is not 1943. It is now, today, 2020. These words are coming from those who walk the corridors of the European Parliament of the European Union: the same Union that was built from the ashes of World War II and whose fundamental values are supposedly respect for human dignity, human rights, freedom, democracy, equality and the rule of law. There are pages of legislation - international, European, national - all condemning racism, xenophobia and other forms of discrimination. MEP Dzhambazki – the so-called legislator, has thrown these in the proverbial bin. For him, European values and directives mean nothing, but he is happy to receive thousands of euros in salary each month and use it to spread his hatred. He is happy that his position grants him some degree of judicial immunity, making it nearly impossible for him to be brought to justice. This gives him the confidence to think he can say and do whatever he wants with impunity, and so he does.

Let me remind you who Angel Dzhambazki is and recall only a few of his numerous public statements against Roma, Muslims and representatives of the LGBTI community. The list is long, and I wonder where to begin, so I will only mention the more recent statements.

The list of insults and hate speech stretches back for many years and, unfortunately, will continue in the future too as Dzhambazki will continue to be a MEP until 2024.

The European Roma Rights Centre has sent a letter to the EU Equality Commissioner Helena Dalli asking for a prompt reaction from the European Commission to the latest hateful video from Dzhambazki.  I truly hope that they will react appropriately and take his dangerous speech, linking Roma to Covid-19, seriously. His comments have the potential to incite real violence against Roma in Bulgaria in ways we have seen countless times in the past. If the EU is unable to at least condemn such dangerous behaviour, then what is the point in all this anti-racism legislation when we don’t even follow it?