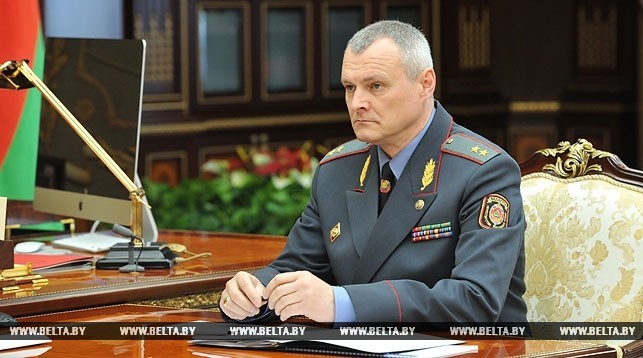 False reports in Belarus that a policeman had been kidnapped and killed by Roma prompted mass raids on Roma neighbourhoods, and the detention of up to one hundred residents from the areas of Chapayevka and Grineva. Later, investigators indicated the likelihood that the officer had in fact committed suicide. According to news outlet Charter97, the Interior Minister rejected allegations of xenophobia, refused to apologise to Roma and described the police actions as “absolutely justified”.

The mass raids on Roma houses on the evening of May 16 followed reports on a cable channel that three unidentified men of “Gypsy or of Caucasian appearance” had abducted and killed a traffic policeman. The exact number of Roma detained remains unknown, but community representatives estimated as many as 100 people were rounded up in violent raids on their homes by masked police officers. Many who were released were charged with petty hooliganism, or “urinating in the wrong place”. They were held in detention for about seven hours before being released at 5 a.m. on May 17; few dared to speak to journalists as they had been threatened with re-arrest.

One detainee, Raman, a resident of Chapayeuka told Charter97.org, that “when the masked riot policemen broke into my house, they beat us badly. They beat me with the machine gun butt, twisted my arms. They beat my sons.”  His eldest son Raman said that he was beaten during interrogation, and that the police wanted the Roma to incriminate themselves. When he asked why he was being detained he was told: “The traffic policeman was killed by the people of your nationality, and the suspicion is on you”.

An estimated 40 Roma were detained in Chapayeuka, and about 60 in Hrabianiova. They were stripped searched, their phones examined, interrogated and then some hours later suddenly told: “Take your things and leave”. One resident of Hrabianiova told Charter97 “The police said that now there will be no life in Belarus for the Roma,” and likened the mass raids and round ups to something from a war film.

He stated that these baseless accusations of Roma involvement in a cop killing will lead to interethnic tension: “Now we are worried for the children. The government should not have done so, since it must foresee the consequences. Now we are enemies. There will be even more hostility. Are minorities bullied like this in a European state? ”

Interior Minister Ihar Shunevich, considered the actions of his subordinates in carrying out raids on Roma houses as “absolutely justified” and stated that he has no reason or grounds to apologize to the Roma." He dismissed accusations of xenophobia as “useless”.

Aleh Kazlouski head of the association Belarussian Roma Diaspora, claimed that the attitude of the police changed after Shunevich was appointed: “Nothing the kind happened under the previous Minister of the Interior.” He said that Roma are constantly harassed, repeatedly stopped and searched, and frequently detained without any grounds: “District police officers poison the locals’ minds against the Roma. They say, call us as soon as you see the Roma. And they do. As soon as someone comes to a village, the police arrive at once, and the people get detained for a check.” Kasiouski described the May 16 police raids as reminiscent of the 1939s persecution of Roma and Jews.

Charter97 reported that the chair of the Viasna Human Rights Center, Ales Beliatski, has sent a request to the General Prosecutor's Office to check the legality of detention of Roma citizens.

See the news reports from Charter97.org on: