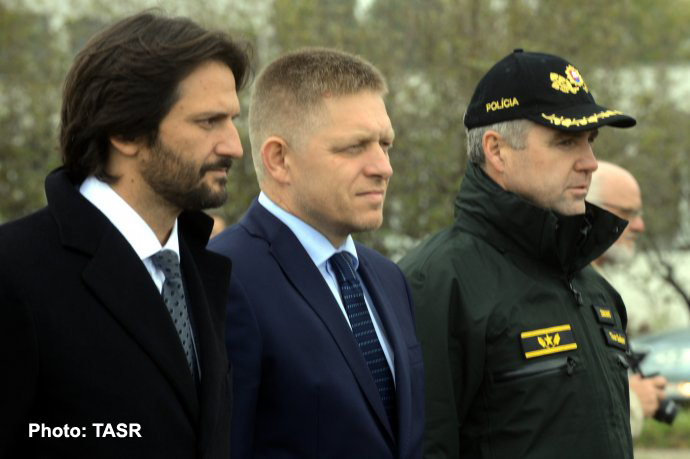 A full seven years after Slovak police violently stormed a Roma settlement in Moldava nad Bodvou, the European Court of Human Rights delivered a ruling that marks an important legal victory for Roma rights and against racist policing; some kind of justice for the individual claimants; and a triumph for the Centre for Civil and Human Rights which deserves our congratulations.

Yesterday (1 September 2020), the Strasbourg court ruled in the case of R.R. v. Slovakia, that there has been substantive and procedural violations of Article 3, and a violation of Article 14; and awarded each of the applicants EUR20,000 in damages and EUR6,500 costs.

It comes as no little irony that the judgement is delivered yesterday, when Slovakia celebrated Constitution Day (Deň Ústavy Slovenskej republiky), for there was little by way of constitutional rights accorded to the Romani victims of this notorious police raid.  Reading through this judgment left me with a bitter taste.

My bitterness comes from the fact that the judgment of the European Court does not wash away the sense of impunity enjoyed by the perpetrators of the violence, or those who tried to cover up what happened on the 19th June 2013. I am referring to the police officers directly involved in the brutal attack, and those within the political and state apparatus, who did not just turn a blind eye to what occurred, but went much further in the quest to obstruct justice.

Reading through the judgment you might come across phrases such as ‘failed to effectively investigate’, or ‘lack of investigation’. The casual reader might get the impression that some things did not go too well, or there were some procedural errors or missed deadlines in the course of the investigation. The real and shocking story behind this case, can be gleaned from the victims’ testimonies and goes far beyond procedural shortcomings and human error.

The real story is one of a completely botched internal investigation of the raid; scapegoating of the victims by prominent politicians; deliberate obstruction of the Ombudsperson’s investigation; blocking victim testimonies at the parliament; and finally adding insult to grievous injury, by charging some of the victims with perjury. These are some of the essential ingredients of a case where the combination of corruption, lies and racist malice beggar belief.

The successful applicants of the legal battle in Strasbourg will receive their due financial compensation from the Slovak authorities, the current government may issue an apology to the victims for what has happened to them seven years ago, and it is to be hoped that perjury charges against the victims will be dropped. While yesterday’s judgment is welcome, the outcome does not represent justice for Roma in Moldava nad Bodvou; the Slovak authorities will take it as a message from Strasbourg that they failed to investigate this particular case. The real issue here is that the justice system is broken, and has been broken for Roma in Slovakia for a long time, and it’s going to take more than this ruling to fix it.

The ERRC is expecting an ECtHR judgment soon, regarding its own application on the Moldava nad Bodvou raid. Today’s court ruling gives hope and ground for optimism that the Roma victims represented by ERRC will be similarly vindicated by the ECtHR. ERRC lawyer, Michal Zalesak, who has been closely involved in the case from the very beginning, said “I welcome today’s decision from the court, I hope that a judgment will be delivered soon for the victims we represent, and that these rulings will act as a deterrent so that similar events will not occur in the future.” My worry is that even another positive judgement will not dissolve the bitterness I feel – a feeling shared by so many others who have been at the receiving end of racist policing, and have long given up on the prospect of justice and the promise of equality.