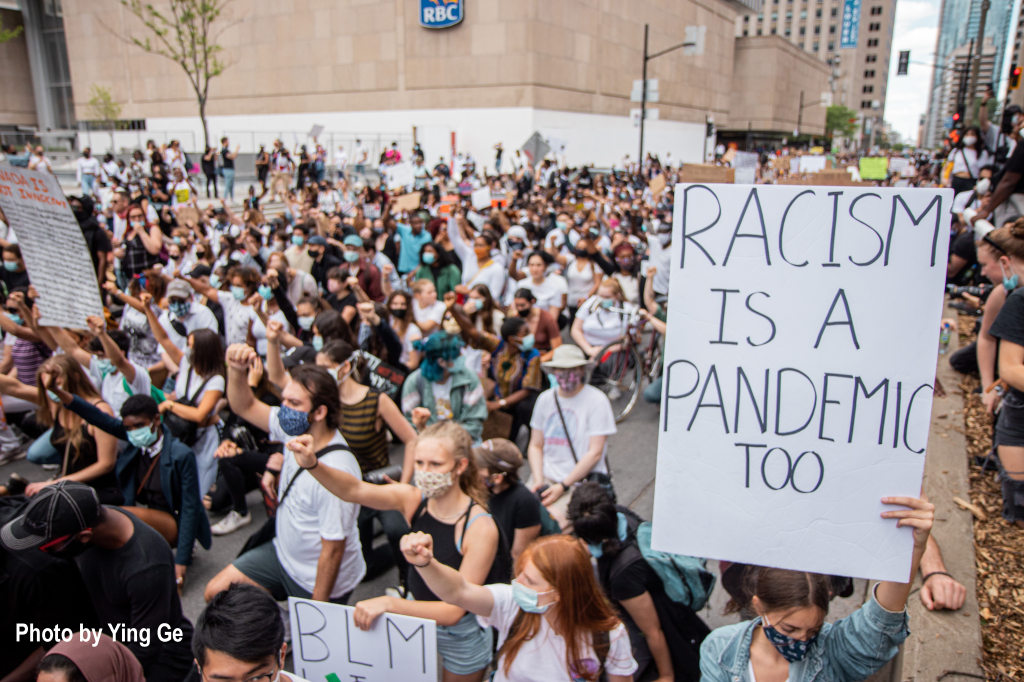 The Bulgarian Commission for Protection against Discrimination ruled that the Yambol municipality acted in a discriminatory manner against Romani citizens during the Covid-19 emergency. The measures adopted by the Bulgarian authorities targeting Romani neighbourhoods provoked domestic protest and international criticism in 2020. The over-securitized and ethnic-specific approach was harshest in Yambol, where the Romani neighbourhood of "Raina Knyaginya" was fully quarantined and blockaded for 14 days. On 13 May, a helicopter sprayed nearly 3,000 litres of detergent to ‘disinfect’ the neighbourhood.

Draconian measures were first imposed on "Raina Knyaginya" by the Regional Health Inspectorate on 4 May 2020, restricting movement and ordering the installation of police checkpoints at all entry and exit points. Three subsequent orders expanded the area under lockdown, and compelled citizens to declare in writing the reasons for leaving their homes. Inhabitants were forbidden to move freely to go to work, to buy food, medicines or to access medical care. Movement was permitted only for certified health reasons and documentary proof was required.

On 11 May 2020, the city mayor Valentin Revanski announced on bTV, that the Roma neighbourhood “Raina Knyaginya” would be disinfected from the air. Yambol regional administration claimed that of nine new cases of Covid-19 in the previous 24 hours, three were in the the Raina Knyaginya neighbourhood. The administration announced that aerial spraying of disinfectant would begin on 13 May at 6.30pm and warned all residents of the neighbourhood to stay indoors.

The municipality claimed the preparation to be used was safe for humans, plants and animals, and that the step was being taken “to disinfect all points that cannot be reached by other equipment”. This action was taken despite the fact that weeks previously, Bulgaria’s health authorities made clear that they did not regard a “crop-spraying” method of distributing disinfectant as having any beneficial effect.

“It was clearly racist, because it was only done in Roma neighbourhoods,” Radoslov Stoyanov of the Bulgarian Helsinki Committee told AP News. “The broader message that was sent to the non-Roma population was that the Roma are dangerous.” Earlier, VMRO chief Angel Dzhambazki had called for “the closure of Roma ghettos everywhere”, and described them as the “real nests of infection”.

In a statement issued on the same day as gallons of disinfectant rained down on the Romani inhabitants of “Raina Knyaginya”, two UN Special Rapporteurs on racism and minority issues expressed deep concern “at the discriminatory limitations imposed on Roma on an ethnic basis that are overtly supported by Bulgarian State officials as part of the broader measures to prevent the spread of COVID-19.” They called for an end to the police operation codenamed ‘Respect’ that specifically targeted Roma as “it violates the principles of non-discrimination and equality, and adopts an overly-securitised approach that may put at risk the right to health of Roma people.” The rapporteurs called on the government to condemn anti-Roma hate speech and warned that “authorities should not exploit the pandemic to further exclude Roma and portray them as criminals and contagious.”

The Equal Opportunities Initiative (EOI) and the ERRC welcomed the decision of the Commission for Protection against Discrimination, which imposed a nominal fine of 450 Leva on the municipality. The plaintiffs in their submission claimed that the restrictions were discriminatory in that they were only imposed on Romani neighbourhoods; there were no credible reasons provided to justify such acute limitations to freedom of movement; the right to work was severely circumscribed without compensation; and as for helicopter disinfection, there was neither proven nor justifiable purpose. The EOI and the ERRC described these measures as disproportionate, discriminatory and a form of ethnically-motivated harassment. The municipality is expected to appeal.