Shumen, Bulgaria: Romani father of three murdered in racist attack by ‘Great Monk’ on a mission “to burn mosques and kill gypsies.” 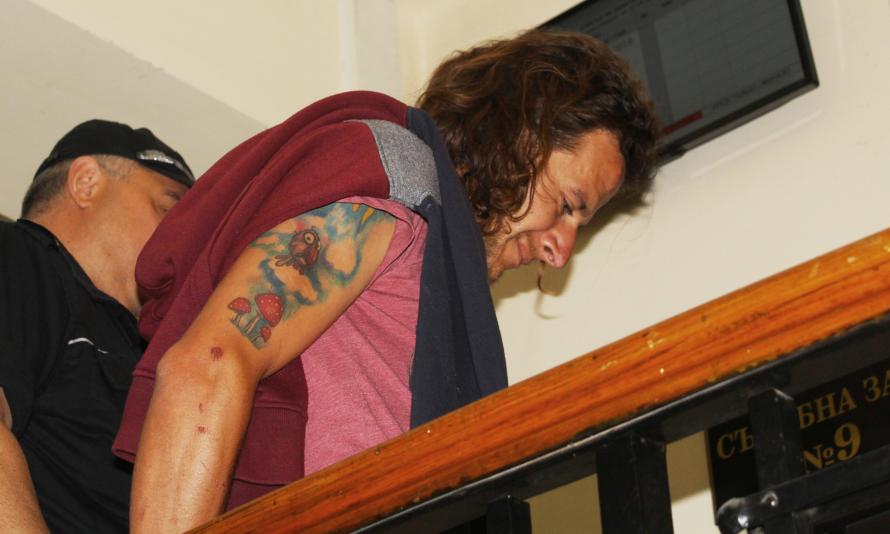 In an act of racist terror, two Roma brothers were attacked by a knife-wielding assailant who bore down on them shouting that he that he had come from “Arabia to set fire to mosques and kill gypsies”. Twenty-eight-year-old Mitko Boyanov died from stab wounds in hospital on Saturday, 12 May.

The brother of the victim, 32-year-old Nasko, explained that they were sitting on a bench in the Grivitsa neighbourhood, and had done nothing to provoke the assailant, who demanded that they stop speaking “Romanes or Turkish”. In the argument that ensued, the attacker stabbed Mitko Boyanov with a large knife, and Nasko struck the killer on the head with a brick in self-defense. The killer immediately hid the knife under a car and fled the scene.

In the days prior to the attack, the killer had made a number of threats on social media and in public spaces to set fire to mosques and remove loudspeakers from minarets.  Online he referred to himself as ‘The Great Monk’ and ‘Ah Kin’ (a reference to the Mayan 'Men of the Sun'), and an “ancient warrior”, and called for a cleansing of holy places and a “return to old knowledge.”

In another posting days before the killing, he stated he was searching for an individual who had supposedly defiled a monastery and stolen religious icons, warning if they were not returned by 23 May, “May God help him (the purported thief) and his entire people”—an oblique reference to the Roma community.

The killer is under arrest and being kept in detention, charged with premeditated murder. Media claims that he has mental health issues and is therefore unfit to stand trial, are as facile as his defense lawyer’s claim that he acted in self-defense. The catalogue of racist and ‘patriotic’ postings by him online, calling for justice to be meted out, inciting violence against Roma, clearly demonstrate that this murder was a premeditated hate crime, and a racist terrorist act. We call on the authorities to prosecute this as a hate crime driven by anti-Roma racism.

This latest murder did not occur in a vacuum. When the Bulgarian government assumed the presidency of the European Union, the ERRC protested about the presence of overt fascists in its cabinet and warned: “Now is not the time for the EU to equivocate in the face of fascism. The appointment to high office in Bulgaria of thugs who openly espouse racist views should alert the EU that there is yet another rogue member state to be reckoned with.”

This latest murder occurred in a toxic political context where the situation of Roma and other minorities in Bulgaria continues to worsen; where public debate has become ever more coarse, with politicians frequently resorting to racist hate speech and incitement to violence against Roma, migrants and Muslims.

The gravity of the situation was made clear in recent submissions to UNCERD by the ERRC and the Bulgarian Helsinki Committee. Both reports detailed the spate of violent events, which included attempts by racist mobs to storm Roma neighbourhoods, a surge in online and offline hate speech targeting Roma and other minorities, and the long-standing failures by the authorities to deal properly with racially motivated hate crime,

In its concluding observations, the UNCERD echoed these concerns and in addition to calling for an end to racial segregation of Roma in education and housing, requested the state take measures in place to prevent and condemn hate speech by public officials and politicians; and put protocols in place to investigate and prosecute perpetrators of racially motivated violence.

As Amnesty International made clear in an earlier report, despite the fact that legislation exists in Bulgaria to prosecute hate crimes linked to racism and xenophobia, the authorities consistently fail to identify and adequately investigate them. And such inaction is not without consequence: “Bulgaria’s long-standing failure to adequately investigate and prosecute hate crimes fuels fear, discrimination and ultimately encourages further acts of violence.”

Furthermore, the presence of far-right hoodlums in the ruling government coalition and in the European Parliament who casually engage in anti-Roma hate speech sends a clear message to extremists who understand these hate-filled messages as a form of license to kill and maim.

To be silent in the face of far-right terror is to be complicit. We call on leading politicians to condemn this latest and lethal incident of racist violence without equivocation; and we call on the competent authorities to ensure that justice will be done for Mitko, with the full rigour of the law brought to bear on the killer for this racially motivated atrocity.