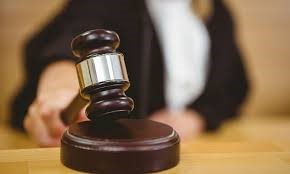 In a welcome move, the Constitutional Court in Brno ruled that the setting up of so-called ‘benefit free zones’ by municipalities in the Czech Republic is unconstitutional and must cease forthwith. Dramatic reductions in the amount of public funding housing support were accompanied in 2017 by legal provisions which enabled municipalities to designate whole territorial areas as ineligible for certain forms of housing support (officially “OOP”, but informally referred to as “benefit-free zones”).

The declared justification was to combat the exploitation of poor people by the owners of residential hotels which charge exorbitant rents. However, municipalities which instituted such bans did so with the explicit intent to rid their territories of poor and mostly Romani people who drew housing benefits.

As of November 2018, it was reported to ERRC that over 80 municipalities had implemented an OOP or had announced their intention to do so. Legal action was against the OOP framework, and joint complaints were lodged by a group of Czech senators and victims with the Constitutional Court.

The Czech senators described the law as an attack on human dignity, which violated the principles of equality, freedom of movement and residence. Yesterday their claims were vindicated in court and the actions of the municipalities were ruled unconstitutional with immediate effect.

This ruling draws renewed attention to the Czech Republic’s history of racial discrimination in terms of access to housing and exercise of housing rights, including patterns and practices of forced eviction of Roma and deepening segregation. Efforts by national authorities to combat such discrimination are too easily thwarted by local municipalities which enjoy much autonomy. Recent legal developments included provisions enabling municipalities to expel residents found guilty of having committed three misdemeanours (a power that rests entirely with local misdemeanour commissions).

According to the European Agency for Fundamental Rights (FRA) the Czech Republic has the largest share of Roma (almost half) that perceive themselves as threatened by evictions. Discrimination in the rental sector has forced some 100,000 Roma into 4,000 substandard hostels and dormitories, where they are charged up to three times the market value of an ordinary flat by slumlords. ECRI stated:

Housing support is provided for tenants to pay exorbitant rents to the ‘slumlords’ and ECRI is astonished that the authorities are complicit in this corrupt and degrading practice, which is contributing further to the segregation of Roma, and calls for a halt to this practice. Czech Roma are increasingly being evicted from developed urban areas to structurally disadvantaged regions and socially excluded localities.

In this report ECRI also issued a strong reminder to the government to ensure that Roma, or are not being evicted from their homes without the guarantees provided by international law: “In particular, they should be notified of the planned eviction well in advance and benefit from appropriate legal protection, and they should not be evicted without the possibility of being rehoused in decent accommodation.”

The abolition of ‘benefit free zones’ is a very welcome first step, for much more needs to be done to address a history of willful racist exclusion, and to prevent the new EU Framework for Roma inclusion from failing in the same dismal fashion as its predecessor when it comes to housing rights.