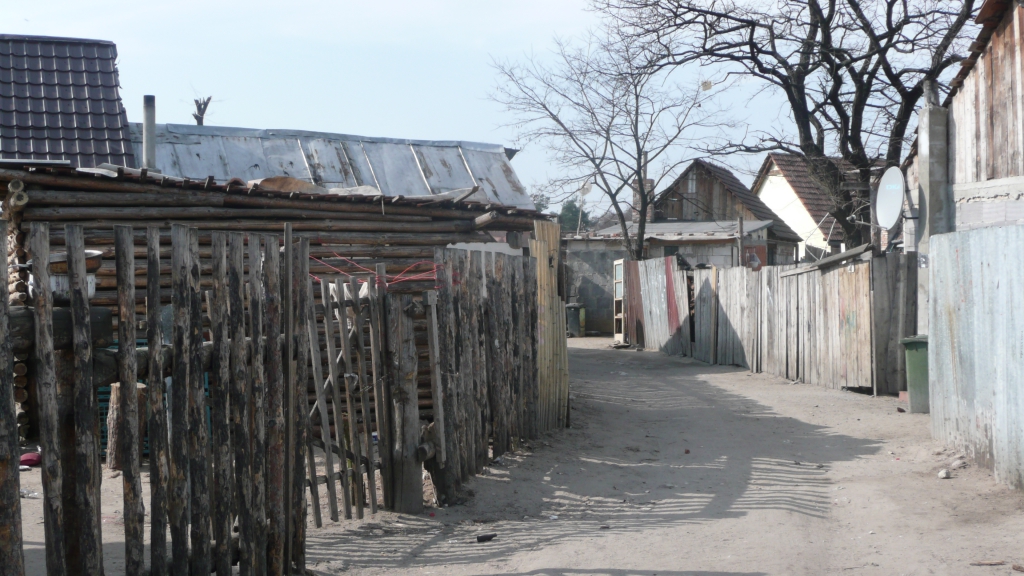 The Romani applicants were Andrej Salay and Lucia Zemanová. They come from Plavecký Štvrtok, a relatively small village in Western Slovakia close to the border with the Czech Republic. Approximately one third of its population are Roma living in a segregated informal community which is one of the biggest in the region. Families in the community live in terrible housing conditions with a single source of drinkable water (an automatic water dispenser). Access to public services is limited.

Many of the houses in the community have stood there for decades. As time passed, more and more houses were built there. Most of them were built on state or municipal lands. Almost none of them have been built legally with relevant permissions. In the vicinity of the community, gas pipelines can be found where the safety zone stretches to include some lands on which the community has built.

In 2012, the municipality of Plavecký Štvrtok initiated administrative proceedings against several Romani families regarding supplementary approval of their houses (the process of legalising constructions built in breach of applicable construction laws). Such proceedings require the party to the proceedings (the affected families) to provide the municipality with a number of deeds and permissions within a limited period of time. One of these documents is the consent of the owner of the land regarding the construction (in cases where the owner of the land is not the person who constructed the building).

The families were not provided with any assistance by the municipality and eventually all failed to collect the required documentation within the given time. Moreover, neither the municipality nor the state (the owners of the plots of land) have ever taken action to provide them with necessary consent to legalise their homes. Eventually, the municipality ordered the families to demolish their own houses within 3 months.

Only one of the families decided to challenge the demolition order. The European Roma Rights Centre (ERRC) supported the Salay family in their legal battle before public authorities and courts from the very beginning. After several years of legal battles in domestic courts, the demolition order finally became effective when it was upheld by the Slovak Supreme Court in 2017. With domestic legal remedies seemingly exhausted, the ERRC lodged applications to the European Court of Human Rights in 2019 on behalf of Andrej and Lucia.

In March 2020, Andrej passed away and his son Adrián took over the application in his stead only to find out in October 2021 that the European Court had rejected the case as inadmissible.

The Court’s decision to strike out Salay and Zemanová v Slovakia was based on their opinion that there was no appearance of a violation of the applicants’ rights under Article 8 of the Convention (right to respect for private and family life, home, and correspondence). The Court held that the applicants should have used their arguments made in the application during the proceedings regarding supplementary approval of their house, which they did not. The Court considered the proceedings in question to be an effective remedy for the applicants.

The Court’s decision is not only very disappointing, it also sends a dangerous message for municipalities dealing with marginalised Roma in similar situations throughout Europe. The decision does not take into account the context of the case, specifically the history of discrimination of Romani communities in the field of housing in Slovakia which is well-documented and was the subject of concerns raised by UN treaty bodies, the Council of Europe Commissioner for Human Rights and many others. The Court has chosen to divert from some of its own case-law here by not considering the disadvantaged and vulnerable position of the Roma minority (as in e.g. D.H. and Others v Czech Republic), the long history of discrimination (as in Horváth and Kiss v Hungary), or the fact that the Romani community in Plavecký Štvrtok has existed there for decades without any actions made against them by authorities (as in Yordanova v Bulgaria). Worryingly, the Court has made no reference to case-law which states that special consideration should be given to the needs of marginalised Roma, both in the relevant regulatory planning framework and in reaching decisions in particular cases (as in Chapman v United Kingdom). Put simply, the Court treated this case on an equal footing with any other case of eviction – something which should not happen.

This decision does not take into account the practical problems which affect many people living in Romani communities and often prevent them from legalising their homes: lack of education, knowledge of the law, administrative burdens, and lack of resources to participate fully in the process. Without assistance from the state these people were never realistically going to be able to help themselves in legal proceedings. If the Court cannot see that they must be living on a different planet.

Romani people living in informal communities often do not own the land under their homes, even though they have been living there for decades. This is a problem particularly for Roma living in post-communist countries where privatisation of land is complicated by the transition to a free market economy. Even if these people were to solve the issue of ownership of the land (which is a very rare situation, at least in Slovakia), the condition of their homes might not be in a state to be officially accepted as construction under the law and given licence to use.

The decision of the Strasburg Court in Salay and Zemanová v Slovakia is problematic for Romani communities living in poverty in informal, segregated communities. It gives authorities carte blanche to proceed with evictions, safe in the knowledge that there are unlikely to be repercussions further down the line. It shows authorities that they do not have to do much to remove Roma from land – just overburden people facing eviction with bureaucracy and wait, knowing that they will most likely fail to meet all the conditions prescribed by law.

Fortunately, since the 2017 order, the eviction in Plavecký Štvrtok has not yet been carried out. However, with no legal recourse left available to the family it is unfortunately now only a matter of time before the municipality begins the eviction process again. For Roma in similar situations elsewhere, it may also be only a matter of time before we see similar eviction orders, only now they will have to face them without being able to rely on any final access to justice from the European Court of Human Rights.