‘Gypsy Crime’ and the Politics of Fear and Loathing

Back in 2009 it was only the neo-fascist Jobbik that saw fit to mobilise disaffected voters on the racist ticket of Gypsy Crime. Back then Albert Pásztor, Chief Police Officer of Miskolc, caused national outrage when he declared that “the offenders in public thefts are Gypsy people. In Miskolc actually only banks or gas stations are robbed by Hungarians.  All the other robberies are committed by [Roma].” 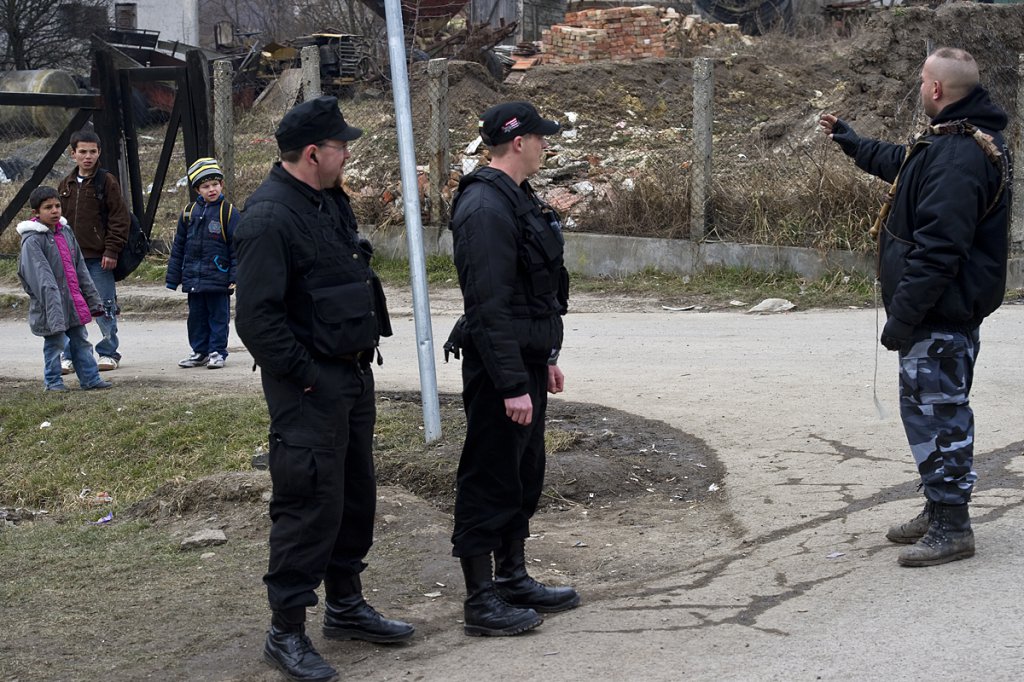 Back then, the socialist Prime Minister Ferenc Gyurcsány, condemned Pásztor’s comments as “nauseating”, and suspended him. Back then, the National Chief of Police, Jozef Bencze stated that police have to be better than average citizens at overcoming stereotypes and memorably declared that “Crime has no colour.”

Since then, the Socialists have been twice routed in elections, and now they trail behind Jobbik who have become the second force in Hungarian politics. And now, the left in desperate pursuit of a constituency, sees fit to endorse the once ‘nauseating’ Pásztor’s candidacy for the mayor of Miskolc.

Recently, Pásztor asserted that most Roma lack education; have no chance to integrate or gain employment; have been segregated and in many places ‘have unfortunately become criminals’. To add a note of drama to his prognosis, Pásztor forecast that: “There may be hunger riots in places very soon. Because there are people starving and they therefore will end up robbing shops to seize what they need.”

Miskolc is also the setting for a Fidesz plan to ethnically cleanse the city, to dismantle the ghettos and slums, offering tenants up to 2 million forints (EUR 6,500) to buy homes outside the city limits. Both Fidesz and Jobbik launched signature drives and claim that several thousand locals support the plan. Critics denounced the ‘sham signature drives’ as efforts to intimidate the slum dwellers and hint that they were ‘all criminals’.

This is a view clearly shared by at least one member of the judiciary. In April this year Dr Erika Mucsi refused to dissolve a neo-Nazi paramilitary group that staged intimidatory and violent marches through Roma neighbourhoods, and went on to make anti-Roma statements in her justification of the verdict:

“Being a Roma should not be primarily interpreted as a racial category, rather as a way of life led by a group of people who stand apart from the traditional values of majority society, and whose lifestyle is characterized by the avoidance of work and the disrespect of private property and the norms of living together.”

Back in 2009, such views were confined to the extremes, to the likes of Jobbik spokespersons such as Varkonyi:

"There is a reality to what we say about gypsy crime. There were 118 cases of gypsies committing crimes against Hungarians from 1993 to 2009 …. We don't need sociological explanations …. How does a sociological explanation feel to an old lady who has had her head cut off by an 18-year-old gypsy, or a girl who is tied to a tree and raped and then set on fire?"

In the wake of the murder of Romanian handball player Marian Cozma in Veszprem on February 8, 2009 when his assailants were identified as Roma by the media, Zsolt Bayer, wrote in the daily Magyar Hirlap “Everyone in the whole wide world knows that those murderous animals were Gypsies.” He concluded that “A huge number of Gypsies have given up on coexistence and given up on their humanity.”

Against this backdrop of prejudiced media reporting, widespread anti-Gypsyism and far-right paramilitarism, came a wave of terror as Roma settlements were targeted in a series of gun and bomb attacks. Six Roma were slain by the time the killers were apprehended. Men, women and children were among the dead and the wounded.

When, around this time I addressed some sixty senior Hungarian law enforcement officers on the topic of policing in a multicultural society, I put it to them that it would be an absurdity and a calumny to describe the series of killings and attacks on Roma as ‘Hungarian crime’.

Hungarian nationals would rightly repudiate any association with fascist killers, and declaim the idea that, as Hungarians, they somehow be held collectively responsible for such atrocities. We would reject out of hand the very idea of ‘Hungarian crime’ as nonsense.

Similarly, I put it to them that the idea of ‘Gypsy crime’ is patently absurd, and the idea that an entire community be stigmatized, labelled as ‘innately or inherently criminal’ or held collectively responsible for the transgressions of a criminal few is dangerous fascistic nonsense. Nonsense it may be, but the idea of ‘Gypsy crime’ is firmly rooted in what passes for common sense in Hungary today.

There is little under the sun that is new, and criminalising ethnic minority populations has a long and sordid pedigree. If one were to rewind to early twentieth-century Poland, Robert Blobaum reminds us that

To the anti-Semite there is no crime of which the Jew was incapable. In addition to older images of Jews as usurers, swindlers and petty thieves, the modern anti-Semites created new images and fantasies that held Jews responsible for prostitution, the white slave trade, pornography, the scourges of burglary and armed robbery, fencing stolen goods, cruelty to animals and much more.

Fast-forward to England in the 1980s, Paul Gilroy explained in his seminal work There Ain’t No Black in the Union Jack how crime in the form of both street disorder and robbery came to be gradually identified as an expression of Black culture.

He described the extraordinary manner in which anxiety about Black crime ‘provided hubs for the wheels of popular racism’. Rereading Gilroy reminds one just how pervasive, in 1970s and 1980s Britain, was the idea that Black crime was expressive of Black ‘ethnicity.’ The populist potential of ‘Black crime’ as an issue meant that such analyses came from both left and right of the political spectrum.

In 21st Century Europe, the trope of Gypsy crime performs the same function in the  illiberal democracies of Central and Eastern Europe. The link between words and deeds, between anti-Roma rhetoric and lethal racist violence was made chillingly clear in the indictments against those convicted of the Roma killings in Hungary.

The killers thought that the state, the judiciary and the police were failing to deal with ‘Gypsy crime’. In August 2007 the defendants attended the inauguration of the Magyar Gárda. They deemed it unfit to solve the ‘social situation’, and resolved to arm themselves to take an active role in ‘restoring order’. They selected their targets for killing based on media reporting, “their attention drawn to wherever there was a significant Roma-Hungarian conflict.”

So while the increasingly marginalised forces of the Hungarian left decide to ‘get real’ and talk about how best to deal with ‘Gypsy crime’, they should be mindful of the lethal consequences of ethnic stereotyping.

Giving credence to the very idea of ‘Gypsy crime,’ allowing Jobbik to set the agenda, lends further substance to the charge that the socialists are a spent political force of venal opportunists, no longer to be trusted to defend social-democratic values.