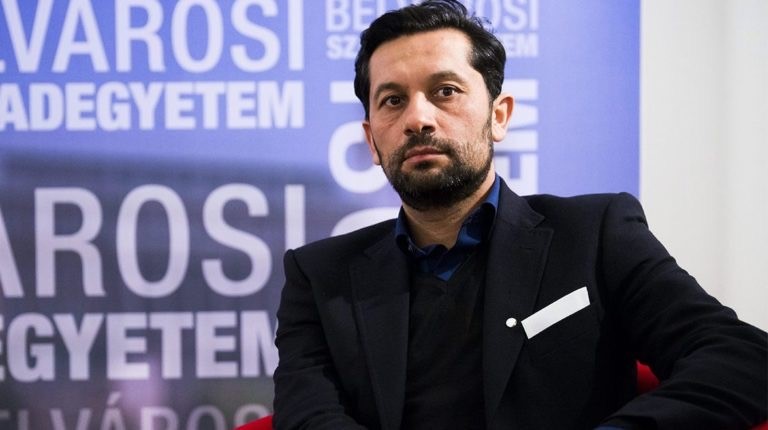 The funeral of László Bogdán, the 46-year old mayor of Cserdi, took place this Friday morning, 24 July. The ERRC sends its sincere condolences to the family, loved ones, friends and relatives of this truly remarkable man. News of the sudden death of the charismatic and much-loved Romani mayor at the age of 46, sent shock waves way beyond the small, mainly Roma village in Baranya County, northwest of the city of Pécs.

Tributes from opposition political figures and public personalities expressed sadness and affection for Laci, who took his own life earlier this week. His body was discovered in the municipal building that also served as a vegetable processing plant.

Bogdán first attracted the interest of the international media when they got wind of the success of his community model, driven by a combination of local self-organization and a strong sense of personal responsibility, which was dubbed the ‘Cserdi miracle’. Bogdán launched a grassroots public employment program for vegetable production in the village which was mostly inhabited by Roma; getting locals back to work; slashing crime rates and providing support for the poor with locally-sourced produce. Under his leadership, the village built parks and green areas, a new playground and many of the run-down houses were renovated. In 2020, along with Gábor Iványi and Jenő Setét, he received the Wallenberg Prize, for ‘setting an example for humanism’ and his contribution to ‘peaceful coexistence of minority and majority society’.

When asked about credibility within the leadership of the Roma community, Mr. Bogdán said:
“It is difficult to determine what is the measure of credibility. I am neither the Dalai Lama, nor am I a Pope Francis…I merely try to offer sober messages and goals, so that people might understand that there is hope, not everything is lost.”

As recounted by HVG, Bogdán grew up in a poor environment, and a defining childhood experience was one of hunger. His mother was a cleaner; his father a miner. Bogdán briefly attended vocational training for construction workers after primary school, but by then the mines had shut down.  He laboured on construction sites, swept factory yards, and then worked as a packer at a local electronics firm before becoming a middle manager.  In 2002, he became a municipal representative; and his election campaign for mayor 2006, won him 78.4 percent support. An open-air museum showing the life of the Roma is being built on the outskirts of the settlement, and as HVG noted, the fact that "the Hungarians are already starting to resettle" gives the measure of how Bogdán transformed life in Cserdi for its locals.

In a tribute on Facebook, Mayor of Budapest, Gergely Karácsony recalled “the last time I was in Cserdi, I got a beautiful photo from Laci. The photo shows the oldest citizen of Cserdi, a beautiful elderly Romani woman. He said he was giving me this photo to always remind me that only very rarely do Roma live to such a beautiful age, and carry a lot of burdens even during their shorter lives. László Bogdán, the mayor of Cserdi, carried these burdens and more. His own, those of his village, and even the common burdens of all of us: poverty, exclusion, futility, dogmas.”

Opposition MEPs Klára Dobrev and Anna Donath also sent condolences. Dobrev described Bogdán Laci as a role model: “The calm, soft-spoken man radiated strength, good sense of conscience, and a belief that it was worth fighting for. I learned a lot from him.” Similarly, Donath described his loss as a tragedy: “There is one less among those who want to bring peace and cooperation between Roma and non-Roma … without László Bogdán, there is one less proof that it is possible to run a settlement in such a way that everyone feels at home, regardless of skin color.” To ensure the legacy of László Bogdán does not pass, she called on all in public life to take responsibility to fight against exclusion, disadvantage, and domination: “It is a common tragedy that we have to continue this work without László Bogdán.”

Those close to him said that he was not ill, or at least had not spoken to anyone about health issues. He was full of plans, saw himself as an ambitious public figure with a promising future, a view shared by many across the country, including parliamentary parties who wanted him on their national lists for the next general election in 2022.

It would be redundant and wrong for those of us who know less to speculate about what manner of despair drove László Bogdán to take his own life. But there is a need for heightened awareness around mental health issues and the vulnerability of those who experience racism and discrimination as a daily occurrence.

Racism is a direct cause of illness, and countering the impacts of racism must become a public health issue. Data in Ireland and the UK show how devastating this is for young Roma and Travellers. The suicide rate among Travellers in Ireland is six-times higher than that of wider society, with over 65 per cent of Traveller suicides occurring among those aged under 30.

A combination of taboos and official neglect means that there hasn’t been a whisper among policy makers in Europe about racism, mental health and vulnerability. The death of László Bogdán provides a tragic reminder of that vulnerability. Beyond official recognition of anti-Roma racism, there is a need for reparation to remedy the damage done by discrimination. The message for Europe is simple: save lives by making the mental health and wellbeing of Europe’s young Romani citizens a priority.