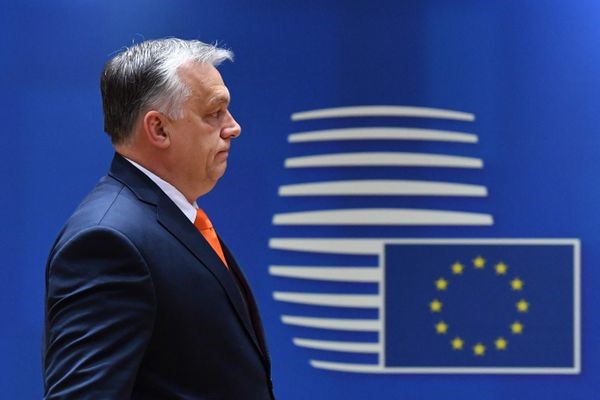 In a dramatic European Parliament resolution, which effectively brands Hungary under Orbán as a rogue state, a huge majority of MEPs, among other things, condemned the regime’s failure to protect the rights of Roma.

The resolution also blamed the European Council and Commission for a decade of inaction that has enabled the ruling party in Hungary to pursue a politics typified by crude nativism and overt racism; while state capture, deep corruption, and the steady dismantling of checks and balances proceeded apace and practically unhindered.

“This breakdown in the rule of law, democracy and fundamental rights”

Less than two months after Hungary’s Prime Minister, Viktor Orbán caused outrage with his attack on ‘race-mixing’ in Europe, the European Parliament passed a resolution on 15 September asserting that Hungary can no longer be considered a full democracy. An unprecedented majority of MEPs supported the resolution (433 in favour, 123 against and 28 abstained).

Gwendoline Delbos-Corfield, the French MEP who drafted the resolution, described the stance taken by the parliament as more urgent than ever “considering the alarming rate at which the rule of law is backsliding in Hungary.” MEPs also stated that EU inaction has contributed to “this breakdown in the rule of law, democracy and fundamental rights.” emergence of what they described as a “hybrid regime of electoral autocracy.”

The main concerns highlighted by the Committee on Civil Liberties, Justice and Home Affairs (LIBE) included constitutional and electoral irregularities; the undermining of the independence of the judiciary; the attacks on media pluralism and academic freedom; the failure to address corruption and clientelism and the risks arising from the link between businesses and political actors; and the rights of persons belonging to minorities, including Roma and Jews, and protection against hateful statements against such minorities.

Roma face systemic discrimination, hate speech from the highest offices, and the persistence of segregation

The ERRC met with the LIBE committee ad-hoc delegation on its visit to Budapest on 29 September 2021, and drew attention to the following:

The parliament’s damning conclusions on discrimination against Roma and other minorities were based on reports from the Council of Europe, UN bodies, ECtHR case law, as well as input from civil society organisations. In yesterday’s resolution, the European Parliament noted its own repeated calls on the Member States to tackle antigypsyism through effective legislative and policy measures; and the failure of the Hungarian legal framework to ensure that a racist and xenophobic motivation is considered an aggravating circumstance by national courts.

The resolution cited the deep alarm of UNCERD by the prevalence of racist hate speech against Roma and other minorities, and reports that public figures, including at the highest levels, had made statements that may promote racial hatred; and at the presence and operation of organisations that promote racial hatred; as well as the persistence of discrimination against Roma and the segregation and extreme poverty that they face.

It also pointed out the urgent need for coherence between national and local policies to provide long-term solutions to employment and housing problems in disadvantaged regions, while access to healthcare and social services remains subject to serious practical obstacles, mainly to the detriment of Roma women and children.

The resolution also cited the 2020 concluding observations by the UN Committee on the Rights of the Child, that Hungary needs to invest more in measures to end poverty, paying particular attention to Roma children and children living in socio-economically deprived areas. It cited serious concerns about the persistence of segregation of Romani pupils, the education gap between Roma and non-Roma children, the lack of official data on Roma children in education, the bullying, abuse and exclusion faced by children in schools, with particular mention of LGBTI pupils.

Yesterday’s vote is of course largely symbolic. The capacity for action lies with the Commission and the Council. Budapest is currently battling to persuade the European Commission to unfreeze €4.64bn in Covid recovery funds, and trying to stave off a separate legal procedure that could lead to deductions from €24.3bn of cohesion funds. When approached by the Guardian, a European Commission spokesperson declined to comment, but said it was analysing “the remedial measures” submitted by Hungary to determine its next step. One thing is certain however, Viktor Orbán has finally achieved full-on pariah status in Europe’s Parliament.