“If solidarity with foreigners is a crime, then we are all delinquents”

“Si la solidarité avec les étrangers est un délit, alors nous sommes tous délinquants”- the Manifesto of the Délinquants Solidaires calls out the French authorities over the recrudescence of the practice of criminalizing solidarity with non-nationals. Against a political backdrop of rising xenophobia and nativism across Europe, Bastien Bezu examines the targeting of civic activists who assist migrants, refugees and Roma in France, and the implications such actions hold for democracy. 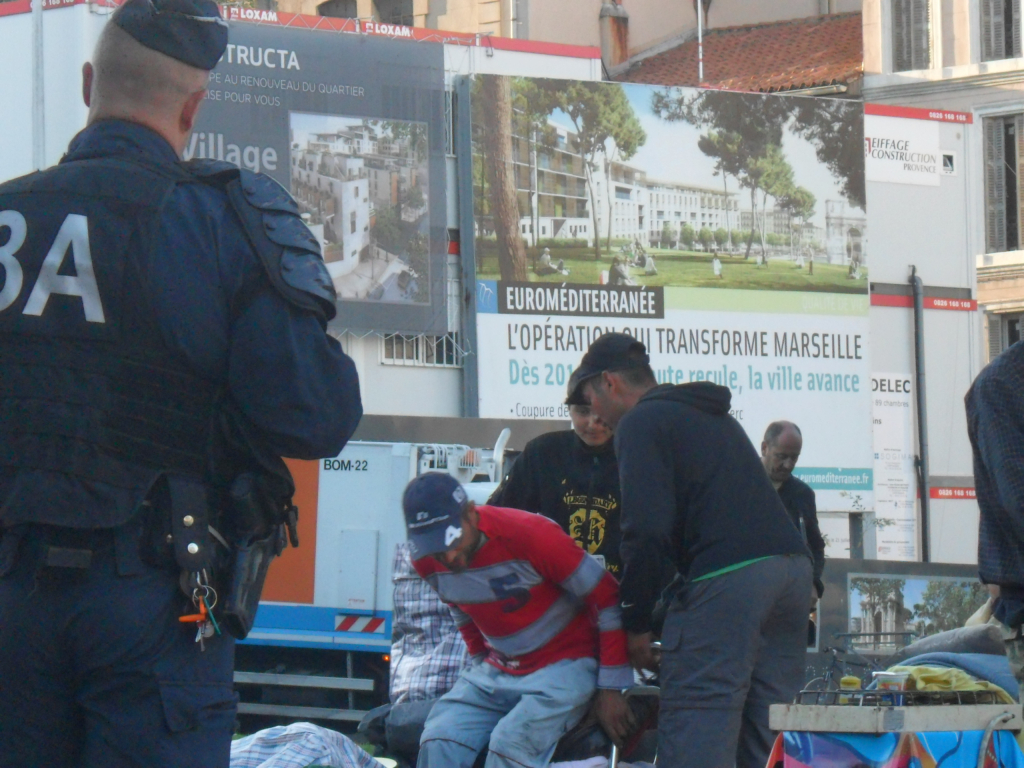 In many parts of France, men and women, activists, members of associations and NGOs engage every day in actions to support refugees, asylum seekers, Roma and non-nationals who are forced to survive in degrading conditions. These acts of solidarity are actively discouraged and increasingly criminalized by the French government. They have been ironically baptised “offences of solidarity”.

The offence of solidarity, which has no legal currency, is part of a wider trend to criminalize civil assistance for those in need.  Not only does it aim to prevent resistance to the police, or abuses linked to migration, such as smuggling or human trafficking as recently affirmed by President Macron, but it is part of a more general and systemic pattern of exclusion of certain populations. This hypocrisy has been widely denounced, and over 20,000 people and 650 organizations signed up to the manifesto of  “Délinquants Solidaires”, which calls for the abolition of the offence of solidarity, condemning what they see as the absurd and illegitimate abuse of the law, and stating that “if solidarity with foreigners is a crime, then we are all delinquents”.

The expression “offence of solidarity” covers a range of sanctions taken against activists who support those living on the margins of society, mostly refugees or people in informal settlements. When the term “offence of solidarity” is used in public discourse it usually applies to Europe’s so-called ‘migrant crisis’ which continues to preoccupy the public imagination in France; and refers to the legal provision which prohibits helping or facilitating non-nationals to cross the border, illegally move or reside within the territory.

On 6 July, the French constitutional council slightly expanded the immunity for supporting non-nationals by declaring it unconstitutional to criminalise supporting them to move within the state. The council also constitutionalised the “principle of fraternity”, which is slightly at odds with the fact that any support of non-nationals to cross the border remains illegal and constitutes a breach of the maintenance of public order. This latest decision will necessitate a parliamentary rewrite of the legislation. We can only hope that Parliament takes a principled and courageous stance and limits criminalization of support for non-nationals to cases where facilitating border crossing is motivated solely by financial or material gain.

This particular public order provision appeared in the 1990s, and was deployed to harass associations defending undocumented migrants in the courts. For example, two men received one-month suspended prison sentences for providing food and shelter to an ‘irregular’ Algerian, despite the fact that their motivation was clearly humanitarian. Since that time, protest and advocacy has prompted reforms of the legal framework which provides more protection for civil society actors defending refugee rights. After “a familial immunity” was introduced in 1996 and 1998, solidarity has been allowed in cases where there is a family link between those providing and receiving assistance. In 2003, a law was adopted which decriminalised such acts in situations where an imminent danger threatens aliens. In 2012, this immunity was further enlarged.

Referring to this particular provision, the Prime Minister Valls declared in 2012 that the offence of solidarity had just been decriminalized, and the Minister of Interior Collomb in 2018 stated that this offence did not exist. However, the CNCDH (Commission Nationale Consultative des Droits de l'Homme) denounced a recent and significant rise of legal actions taken against activists or members of the civil society. Even though a progressive approach towards a protective legal framework seems to have been taken by lawmakers in France, the legislation has been roundly criticised for its vagueness, which allows too much room for discretion in court. For example, the compensation referred to in the text does not have to be financial and can take any form, which accords judges very wide discretionary powers.

Likewise, the nature of support aiming to preserve dignity or physical integrity is not precisely defined. In this way, the issue is not this law in itself but the way it is used to prosecute solidarity with refugees. Despite the government claims in the media that the offence of solidarity was dead, its intimidating spectre still haunts the French Courts. Nobody has been fooled by this fictional decriminalization, especially as solidarity has never been so criminalized as in the past years. Among the most noteworthy recent cases was that of Cédric Herrou, a farmer who was condemned to a four-month suspended sentence, and Martine Landry, a member of Amnesty International who is currently facing charges, both prosecuted for helping migrants.

Even though the offence of solidarity impacts quantitatively more on non-EU citizens, it can also have an impact on Roma communities and their supporters. The vast majority of Roma in France have come originally from Bulgaria or Romania. In practice the offence of solidarity cannot be based on this particular law, as these EU citizens would not be prohibited from crossing the border. However, the trend to criminalise solidarity can also take other legal bases to act as a deterrent, such as breaches of the planning legislation for helping to build a shelter, prosecution for disposing of garbage on public roads while helping to clean a Roma camp, or false accusation complaint for referring a matter to a supervisory authority, the point remaining the same, using legal pretexts in order to discourage civil support for non-nationals or people living in informal settlements.

In 2015, after a forced eviction near Paris where Roma, including babies, children and elderly people were thrown out onto the street in the middle of the winter in the early morning, activists and supportive citizens led them to the city hall. The police opposed this occupation and scuffles ensued. On 12 May 2017, two members of a pro-Roma who participated in this action were convicted for violence against police officers and rebellion by the Paris Court of appeal, despite the lack of incriminating evidence.

In 2017 close to Lille, a municipal councillor active in supporting the Roma cause attended a police intervention in a Roma camp in order to monitor it. Two policemen violently knocked himfrom his bike, before holding him in custody. Despite the fact his non-violent commitments are well known within the locality, he was convicted on 15 March 2017 by the Criminal Court of Lille for violence against police officers with a weapon, the alleged weapon being his bike.

This kind of treatment by the authorities, not only constitutes disproportionate and unwarranted actions against humanitarian activists and rights defenders, but also poses a danger for Roma communities. Using and abusing the law to prevent solidarity sends a signal to the wider population that it is normal to exclude and reject those at the margins of society. It propagates a logic of fear of the other, and encourages disregard for those who are different. This particular use of the law to punish solidarity and deter cooperation, mutual aid and assistance to migrants, refugees and non-nationals resonates with practices in other EU states such as Hungary and Italy.

The widening array of actions taken and assistance provided by civil society groups is a direct corollary to the failures of successive governments to take responsibility for the degrading living conditions endured by migrants and Roma families in slums and informal camps. The increase in the number of those involved in solidarity actions is a measure of the sense of crisis. Today, the law is mainly used to target those working with migrants, but increasingly activists working with Roma are being punished for their solidarity. If the rule of law can be abused in EU democracies to punish solidarity today, it can be extended tomorrow to punish any other activities that bother governments, and nobody knows who will be next to be targeted.