Is Viktor Orbán a racist? You decide… 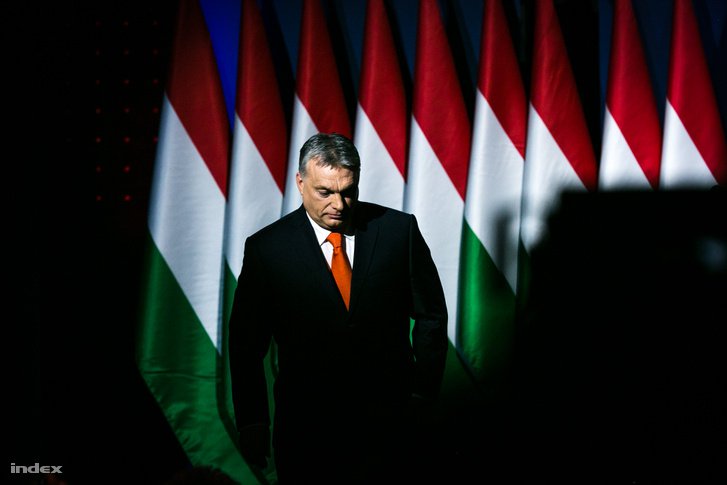 ‘Racist’ is not an epithet that senior, highly respected human rights defenders bandy about lightly. It’s a deadly serious allegation to make about a head of state. So, it was quite a moment when UN High Commissioner for Human Rights Zeid Ra’ad al-Hussein called out Viktor Orbán as one of Europe’s xenophobes and racists who have “cast off any sense of embarrassment”.

In a killer righteous response yesterday, the Commissioner dismissed Szijjártó’s demand, and reiterated his damning verdict of Orbán, describing a recent speech by the prime minister, where he spoke of not wanting ‘our’ colour mixed with others, as “a clear-cut statement of racism … an insult to every African, Asian, Middle Eastern or Latin American woman, man and child.”

If it were a one-off bigoted slip of the tongue, Orbán’s apologists could conceivably make the case that he blundered off script, that he is a widely misunderstood Hungarian patriot and a good Christian, and a victim of misrepresentation by left-wing ‘fake media’.

Trouble is, this was no one-off. Orbán has been peddling hate for some time now. But is he a racist? A quick review of things this prime minister says publicly should settle the question.

The masses that came to Miskolc

In between these latest exchanges, Orbán managed to make another hate speech on the election campaign trail in the city of Miskolc. This time the target was Hungary’s own Romani citizens. A video was uploaded to Orbán’s own Facebook page where he says the following:

“There was a time when people from the outside en masse immigrated into this city. And you remember what happened. The people of Miskolc experienced what happened then. … Yet those people who moved to Miskolc came from the territory of Hungary. Now you imagine what will happen when people who in their culture, customs, and views are completely different from us arrive from outside of the country.”

And lest there be any doubt, Fidesz parliamentary group leader Gergely Gulyás confirmed at a press conference that the prime minister was indeed referring to Miskolc’s Roma community, who have long endured segregation, discrimination and forced evictions.

This recalled another outburst two years ago, when Orbán in the middle of yet another shameful tirade against Syrian refugees, found a moment to take a racist swipe at Romani citizens: “Hungary’s historical given is that we live together with a few hundred thousands of Roma. This was decided by someone, somewhere. This is what we inherited. This is our situation, this is our predetermined condition … We are the ones who have to live with this, but we don’t demand from anyone, especially not in the direction of the west, that they should live together with a large Roma minority”.

There was little by way of public outrage following this statement in which the prime minister equated Hungary’s Romani population with the Syrian refugees; likened his fellow citizens to a historically inherited burden and spoke of a national ‘we’ who have to live with ‘them’. The Miskolc speech makes it clear that for this election campaign, Orbán is prepared to play the ‘Roma race card’ without any scruples.

Orbán’s anti-Soros relentless bill-poster hate campaigns and mendacious “public consultations” designed to spread fear and hate among the electorate against refugees and migrants, have succeeded in creating a climate where 72% of Hungarians have an unfavourable view of Muslims – the highest rate in Europe.

In various interviews Orbán declaims multiculturalism as an illusion; that “We don't see these people as Muslim refugees. We see them as Muslim invaders”; that Hungary "does not need a single migrant for the economy to work, or the population to sustain itself”; "for us migration is not a solution but a problem ... not medicine but a poison, we don’t need it and won’t swallow it.”

Much of this could be described by Orbánistas as run of the mill anti-migration populism, but there is little run of the mill about Orban’s illiberal concept of the political which thrives on the friend-enemy distinction, and a racist dehumanizing of those designated as the enemy on the grounds of their ethnicity, religion, or nationality.

For Orbán, protecting the Hungarian people from “dying out” is part of a wider battle to save Western civilization, and only those communities that can “sustain themselves biologically” without immigration will survive. Because “Hungary has defended itself – and Europe at the same time – against the migrant flow and invasion”, Orbán declared, "There shall be no mass disorder. No immigrant riots here, and there shall be no gangs hunting down our women and daughters."

Orbán’s illiberal, nativist brand of politics and his party’s capture of the state has won him the admiration of far right extremists across Europe. One thing that became clear when we interviewed visitors to the extremist Stop Operation Soros! event in March 2017, like the Swedish alt-right poster boy Daniel Friberg, Knights Templar supremo James Dowson and BNP has-been Nick Griffin – was that nobody had a good wor to say about the fascist Jobbik party but all were effusive in their praise of Orbán.

In particular, they lauded him as a “strong leader” who understood the threat of ‘Islamicisation’ and what was at stake for European civilization. They were very taken with Orbán’s state of the nation address in February, when he proclaimed that Hungary “shall let in true refugees: Germans, Dutch, French, and Italians, terrified politicians and journalists who here in Hungary want to find the Europe they have lost in their homelands.”

Orbán has posited that there is no cultural identity in a population without a stable ethnic composition, and has even stated that economic prosperity depends on preserving ethnic homogeneity, “as life has proven that too much mixing causes trouble.”

Does all of this sound racist to you?

If yes, then you are in good company. In his withering response to the Hungarian government, UN High Commissioner for Human Rights Zeid Ra’ad al-Hussein described Orbán’s racist rhetoric as ‘increasingly delusional’: he has “managed to portray Muslims and Africans as an existential menace to Hungarian culture – a threat he alleges is masterminded by the Hungarian-American financier George Soros.” The Commissioner stated that to hear such speech “unabashedly expressed by the leader of a modern, European Union country should outrage every one of us”, and that it is time to stand up to bullies of Mr Orbán’s ilk. And yes, in the words of the Commissioner, “the increasingly authoritarian – though democratically elected – Viktor Orbán is a racist and xenophobe.”