Justice Denied: Disaggregated data – what is it good for? 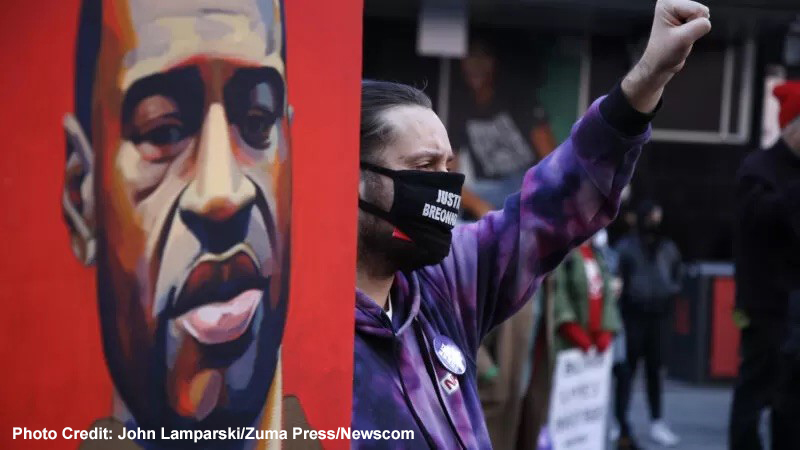 “Data showing racism might be useful in clarifying the things we already know to be true, but it is far more limited in terms of shifting them. To those who have not experienced the ever more creative forms that structural racism can take, even when presented with evidence of racism, the world may still appear to be full of regular playing cards.”

According to newly published data, two years on from George Floyd’s murder, police officers in the United States continue to kill people at an alarming rate; Black people are still three times more likely to be killed by police than white people; and police still kill with impunity, with nobody charged in 98.2% of killings by officers since 2013.

The data gathered by Mapping Police Violence, a non-profit research group, suggests that the 2020 promises of systemic reforms following the mass Black Lives Matter mobilisations have done nothing to reduce the kill rate by law enforcement. So, one might ask, what use is data? What do we expect data to do? More pointedly, why bother collect ethnically disaggregated data if it’s not going to change a damn thing? And, when it comes to combating anti-Roma racism, is there a lesson for Europe here?

There is wide consensus concerning the need for more equality data: the European Commission, the Council of Europe, various UN committees and a host of civil society bodies regularly insist on the need for disaggregated data as a prerequisite for successful inclusion policies, and often assert that Europe’s ability to address racial inequality is contingent upon states collecting more data.

Limits, misuses and abuses of data

However, digital freedom experts caution that “a data-solutionist approach to justice” is not enough, and that that while data can be a useful tool for exposing the symptoms of racism, ‘proving’ that racism exists is not the same as dismantling it. Like any tool, data has its limitations, and does not exist independently of the biases and stigmas that drive leaders and governments to take measures targeting specific communities such as Roma. As Nani Jansen Reventlow warns us, “the same data that are at one point collected with the best of intentions can later be misused or ‘spun’. In times of social and economic crisis, the risk that data become a tool for the powerful to scapegoat marginalised groups runs especially high.”

Many Roma interviewed in our research Justice Denied were ambivalent or uneasy on the issue of disaggregated data, especially those hailing from states where democratic backsliding has heightened public mistrust in government. Roma rights defenders from Hungary expressed misgivings about the collection of ethnic data and the significant risks of misuse. One judge from Slovakia expressed similar concerns that ethnic data could be manipulated to reinforce anti-Roma stereotypes rather than tackle discrimination.

As if to prove that such caution is well-warranted, former Slovak Interior Minister, Robert Kaliňák, in a blatant call for ethnic profiling, explicitly stated that it was necessary ‘to record what criminal acts the Roma committed’: “It is not possible for us to constantly hide under some European politically correct views. It is important for us to start making specific statistics on Roma crimes, to be able to separate them from the rest and to be able to target measures directly. So that we know what the real security situation in the village is and who commits crime there.”

In a country like Slovakia, where antigypsyism has long permeated the institutions and the ‘common sense’ of the wider public, and where the justice system perpetually lurches from one scandal to the next, the stakes are high. For the risk is not just that data collected with the best of intentions could later be misused or ‘spun’, but rather that from the outset politicians such as Kaliňák would wilfully gather data with malign intent, to stigmatise Romani citizens as criminals and ‘unadaptables’.

In terms of who is the real criminal and who poses an actual threat to national security, it is worth noting that on 20 April 2022, Kaliňák, who served in three governments as Interior Minister under Premier Robert Fico, was detained in prison, and together with his former boss was charged with establishing a criminal group.

Even in cases where the state was not governed as a criminal enterprise and the rule of law prevails, the positive impact of having ethnically disaggregated data needs to be assessed with caution. The United States has been collecting this sort of data for decades but, as Nani Jansen Reventlow put it: “evidence of racism has failed to bring about the structural change that recent protests have been calling for. The US has not suffered from a lack of data on police murdering Black people and people of colour – it has suffered a lack of political will to do something about it.”

The argument can be made that in Europe, the mere availability of disaggregated data on Roma in the criminal justice system would only confirm what ERRC research shows: that institutional racism is embedded in the criminal justice system and Roma pay the price. Our partners, Fair Trials found that at every stage of criminal proceedings, from arrest until sentencing, Romani defendants are faced with discriminatory attitudes and biases that skew outcomes against them, so that “the very system that is meant to impart fair and equal justice is, in fact, doing the opposite.” Similar to the crisis in the US, what is needed, and what is missing, is the requisite political will to dismantle all that is racist within the structures so that justice can be done for Roma in Europe.

In the gap between what is and what ought to be, we do need data

However, in the gap between what is and what ought to be, and in the absence of political will to eradicate anti-Roma racism, we do need ethnically disaggregated data. We need such data as a means to identify the scale and specificities of racial discrimination, and to better identify the potential causes of racial disparities in the criminal justice system.

Even more than this, we need such data to rebut the denial of racism in the criminal justice systems. This denial that racism is structural, systemic and embedded in the institutions is still the default position across the European Union, where those in power doggedly insist that justice is dispensed impartially and policing practices remain exemplary. The work done in the US by Mapping Police Violence in collecting and analysing the most comprehensive data obtainable on police violence stands as a powerful indictment of that system, and is a vital community resource to counter the lies and call the powerful to account.

Similarly, for Roma in Europe, and based on 25 years of the ERRC’s experience in strategic litigation and advocacy, there is no doubt that data remains a powerful tool for unmasking systemic racism. Crucially, credible data is a vital resource for winning arguments in all manner of courts to hold duty bearers to account. Data provides the evidence that delivers judgments, and judgments are the stepping stones to achieving justice.

Disaggregated data is a tool that helps us to publicly indict state authorities for perpetuating what Romani activists have described, with bitter irony, as Europe’s last acceptable form of racism. Data can only ever serve as one means to an end, but it’s one we need, for as FRA Director Michael O’Flaherty succinctly put it, “Data changes nothing, but you can’t change anything without data.”