Let’s Stop Telling Roma How to Build a Movement

I eat too much and for a long time I was overweight (I probably will be again soon! I love chocolate and French fries. Not together though). A lot of people had advice for me. Most of it was basically this: “Stop eating so much”.

The underlying message: I was to blame for my situation.

Sometimes the advice was given nicely: “Have you tried keeping more fruit at home and less chocolate?” Sometimes it was less nice. People can really be assholes.

What does this have to do with school segregation? Very little. Being a chubby white guy hardly gives me an insight into the experience of everyday antigypsyism.

But something clicked recently.

Except that when I have met Romani people whose children are actually segregated in schools, in places such as Albania and Ukraine, they’ve not been so convinced litigation was the answer. They definitely want their children to be in integrated schools. But they know these cases may bring more risks than benefits. And tackling school segregation is like putting a bucket under a hole in a collapsing roof. There is a much bigger problem: antigypsyism, and the grinding poverty, social isolation, and exclusion from opportunity. Sending your child to an integrated school is good, but can feel minor compared to the overpowering force of racism.

If they litigate, these parents expose themselves and their children to being treated like crap by the schools and teachers. They are unlikely to get their schools integrated anytime soon. And if they do? They face sending their kids to schools or classrooms where they face bullying, where their poverty will set them apart, and where teachers will set them up for failure.

And when they know what a joke the Czech Republic and Hungary have made of desegregating their schools after big court cases, it doesn’t help. 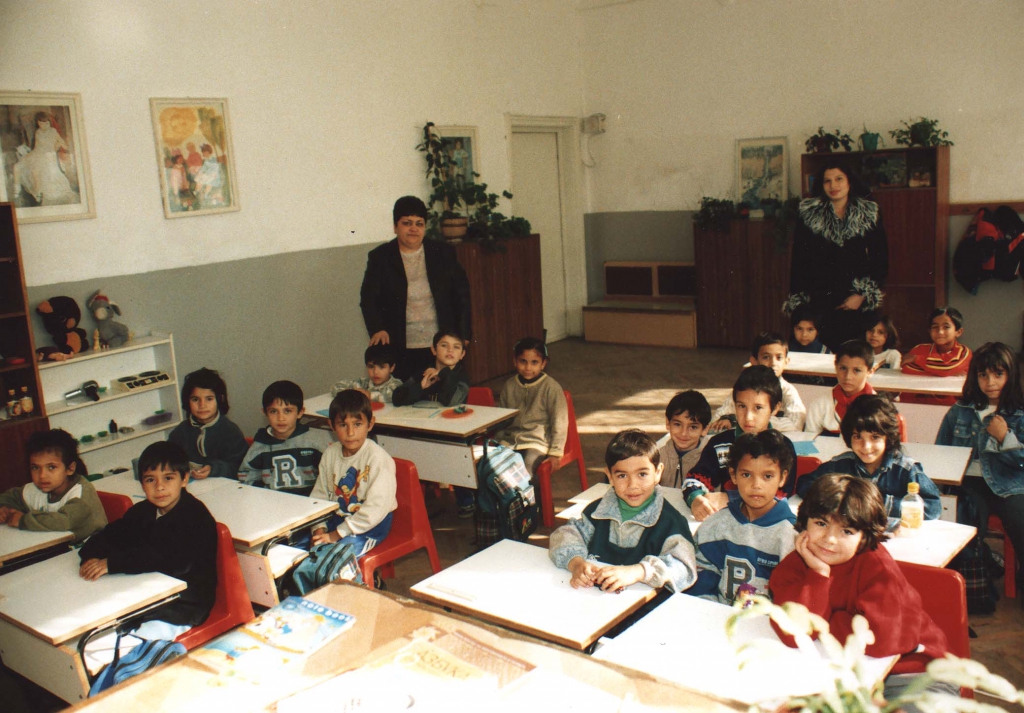 So what does it sound like to have people come and tell you that you should do something that you know is right in theory, but that you also know isn’t workable in practice?

It probably feels a lot worse than someone telling you “Put down that cupcake!” So much worse there is a name for it: epistemic injustice. Instead of giving Romani people the opportunity to communicate, understand, and decide how to act, non-Roma lawyers came in and said “Your problem is school segregation, and you have to solve it by letting us take your case to court”.

The ERRC, which until four years ago was a predominantly white institution, has been the source of this epistemic injustice. By focusing on school segregation cases, the message we were sending to Roma was: “You’re to blame if you don’t litigate the things we tell you to litigate”. Like school segregation.

School segregation cases are a non-Roma lawyer’s idea of a good case for Roma to take to court. Two decades after the first big American school segregation judgment, some African American activists pointed out that it was time to abandon those cases: “the hoped-for improvement in schooling for black children that might have justified the sacrifice and risk has proven minimal at best”. Such litigation does not target the underlying problem of inherited poverty. And it simply does not lead to desegregated schools. They are a great vehicle for white saviour narratives, though.

The ERRC’s focus on school segregation was part of a larger pattern. What the ERRC was telling Roma for years, implicitly was: “You need to do what minorities in America did. Go to court. Otherwise, you are to blame for your problems”. 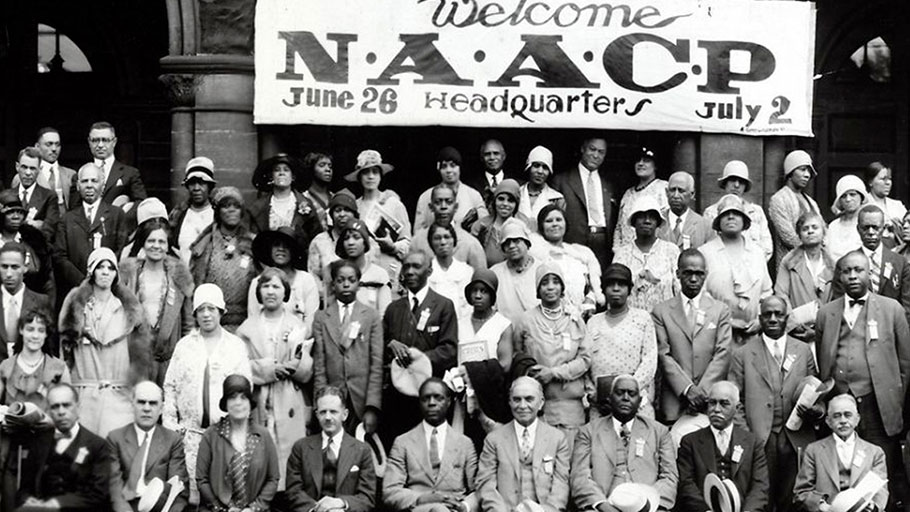 The ERRC was founded by American lawyers inspired by the legal successes of the National Association for the Advancement of Colored People during the Civil Rights Movement in the United States.

Recently, a lot of non-Roma lawyers and activists who have been involved in Roma rights have started to recognise that going to court doesn’t work so well. Maybe it’s because courts in Europe don’t work like they do in America. Or maybe it’s because courts don’t work so well at all, even in the USA (Oops! Sorry for the decades of bad advice we gave you!).

Now they are telling Roma to change tack. “Look at land rights activists in Latin America” I am now hearing several non-Roma say to Roma. Or “Learn from activists in the gig economy. They’re changing the world!” Or “Why do you think LGBTIQ activists have succeeded and Roma rights activists haven’t?” The message is really the same: “You, Romani people, have to learn from others and do what those other people are doing. If you don’t, then you are to blame for the situation you find yourselves in. And we are here to tell you how to understand your problems and fight them”.

The blaming becomes really obvious when non-Roma lament what they say is the lack of a Romani movement, with a side glance towards movements they think Roma should emulate (e.g. Black Lives Matter in the USA or environmental defenders in Latin America).

This way of telling Roma how to act is the heart of the problem with the way the Roma rights movement was started and run for so long. Was it really about equality for Roma? Or was it about turning countries such as Hungary into free-market liberal economies like America? Which meant, among many other things, getting those countries’ ethnic minorities to do the same thing that minorities did in America: use the courts to achieve grand statements of equality. Civil rights was a landmark on the road to a prosperous American-style society.

That bigger project – of turning former socialist countries into little Americas – has failed spectacularly, at the same time that America is also failing at being America. Someone needs to do something much more radical. Non-Roma are telling Roma again to be the guinea pigs to do it. And implicitly blaming them if they don’t. 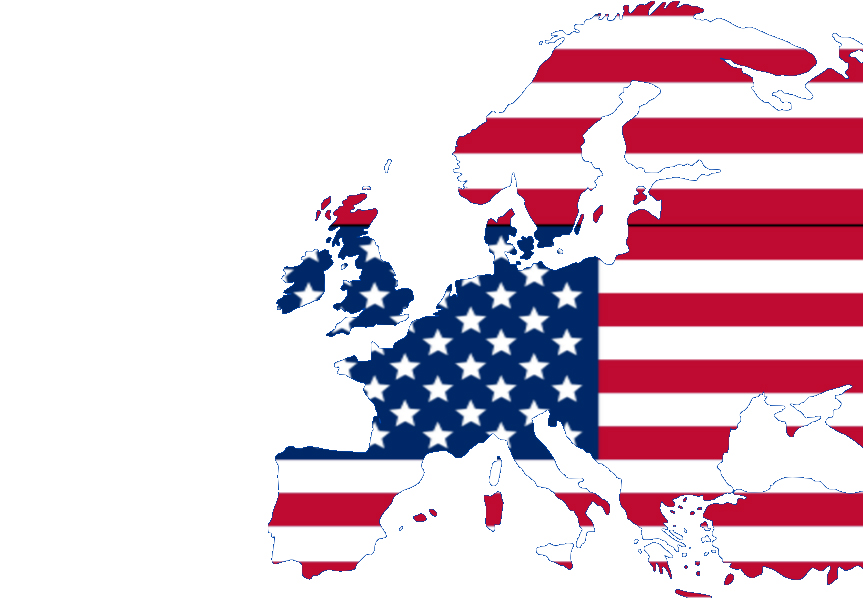 The ERRC’s Romani leadership gets an earful. “Where is the Roma movement?” they are asked. Roma are expected to build some kind of activist machine to save us all, and are implicitly blamed when that movement doesn’t materialise in the way non-Roma expect.

The ERRC’s Romani leadership sees it differently. They – our Chair Ethel Brooks and our President Đorđe Jovanović – give our lawyers instructions on how to manage the litigation work. And the instructions are to enable Romani people to use the law the way they want to achieve the results they think are achievable and worthwhile. Sometimes these will be school segregation cases. Usually it is other things: getting connected to the water or electricity systems is a big one.

And when there are important issues that our Romani leadership thinks we should take on without exposing community members to victimisation, they decide to bring a complaint in the ERRC’s name.

Litigation at the ERRC is becoming a tool to put the blame where it belongs: on racist officials and on public institutions contaminated by antigypsyism.

Litigation is not about turning countries where Roma live into American-style liberal democracies. It is about creating a definitive record of the truth of antigypsyism. It is one tool that Roma can choose – or not – to try to achieve equality. It’s far from perfect. Lots of judges are racist, for example. And it’s not about a politics of respectability – asking for integrated schools because that sounds less selfish and more lawyerly than demanding good housing.

The trick to keeping the weight off, by the way, is to be nice to myself and stop talking about my food problems with people who tell me I am to blame. It’s hard to transpose that onto millions of people, centuries of racism, and the creation of a movement. But I’m pretty sure there is a lesson in there for well-meaning people who think they have all the answers.