More toxic than COVID? The politics of anti-Roma racism in Bulgaria 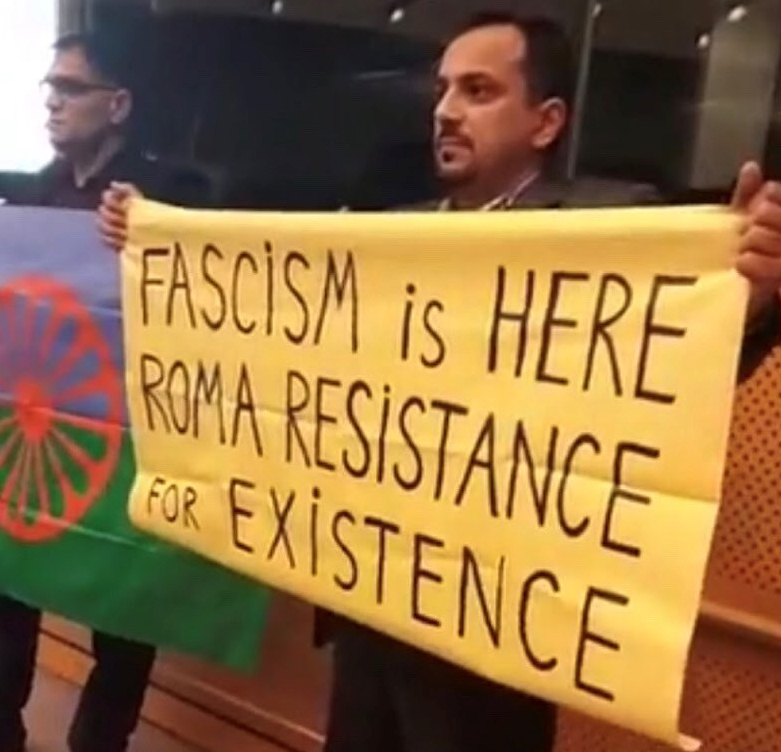 In Bulgaria, the COVID-19 emergency witnessed a steep surge in anti-Roma racism. In this interview, lawyer Orhan Tahir discusses the protest action against the far-right and overtly racist VMRO party; shines a light on the ethnicization of the pandemic; and calls out the EU for its silence concerning the discriminatory measures taken by Bulgarian authorities under cover of the COVID.

Bernard Rorke (BR): In May, two UN human rights experts called on the Government of Bulgaria to stop hate speech and racial discrimination against the Roma minority in its response to COVID-19, and halt police operations targeting Roma neighbourhoods during the pandemic. What’s been happening to Roma in Bulgaria since the pandemic broke?

Orhan Tahir (OT): The general measures adopted by the Bulgarian government to combat COVID-19 were intelligible, but those applied exclusively to Roma settlements were very controversial. These measures were driven by far-right political parties in the ruling coalition. Since the outbreak of the pandemic they have sought to exploit the crisis to advance their own agendas. In March, representatives of the VMRO-BND party asked the Bulgarian national crisis staff to set up checkpoints at the entrances of all ‘ghettos’, implying that only those places where Roma live are potential ‘hotbeds of infection’.

BR: And was there any evidence to back this notion of ‘hotbeds of infection’?

OT: This claim was completely unsubstantiated, but in the second half of March, some mayors responded to these appeals by imposing restrictions on Roma settlements with no recorded cases of COVID-19. Such preventative measures produced wild speculation in the media, and growing distrust among Roma towards the actions of the government.

So, despite the small number of confirmed cases of COVID-19 in the Roma areas, the authorities decided to set up check-points only around these two neighborhoods; and the Mayor of Sofia, Ms Fandakova said that she did not see any discrimination in this. Thus, the ethnicization of the pandemic became a fact.

BR: Could you say a bit more about this ‘ethnicization of the pandemic’?

OT: It was visible for everyone that the non-Roma areas of Sofia were ‘free’ while the Roma areas were ‘closed’ by police forces. The disproportionality of the containment measures, the lack of transparency and the misconduct of the police caused great discontent and provoked protests in the blocked Roma neighborhoods. Finally, on April 28, these ethnically-based restrictions were lifted. Last week a representative of the Bulgarian national crisis staff admitted that the police blockades of entire settlements were “not very effective”; but this confession only came after a pile of protest letters from citizens, and pressure from international organizations, such as the United Nations.

BR: Who is primarily responsible for this ethnicization of the pandemic?

OT: The ethnicization of the COVID-19 crisis is a direct result of the actions of the far-right, especially those from the government coalition party VMRO-BND party. It is important to stress that, contrary to what many people think, political parties such as VMRO do not incite anti-Roma hatred just to win votes. Antigypsyism is not just an electoral tactic; it is an ideology that deeply penetrates political life in Bulgaria. When far-right politicians came to power in 2017, their ideology began to affect the whole fabric of state-citizen relations. Hence, the current crisis has served as a pretext to justify repressive measures that have been propagated for years.

Are we to assume there is a consensus among all mainstream parties in Bulgaria to give a free hand to VMRO in regard to “Roma issue”? One thing is clear: the silent approval of antigypsyism by the political establishment will have a long-term damaging impact on Bulgarian society.

BR: What’s the position of Prime Minister Boyko Borisov on this?

OT: Since the outbreak of the pandemic, Borisov has been sending controversial messages to the public. For example, he had no problem with the closure of entire Roma neighborhoods, but at the same time said the churches should remain open for worshippers. This is a very cynical approach. When the head of the executive power endorses parallel regimes for Roma and non-Roma in a time of crisis, the outcome is a normalization of the state of exception for a certain group of citizens, seen as ‘unfit’ to be trusted. This calls to mind Carl Schmitt’s concept of the state of exception, initially developed in Weimer Germany and later applied in the Third Reich.

BR: What particularly prompted activists to publish an open letter calling for VMRO to be disbanded?

OT: As a diverse group of Roma, including journalists, teachers and entrepreneurs, with many of us living outside Bulgaria, we came to the conclusion that Roma are in an extraordinary situation which requires extraordinary action. The threat to Roma in Bulgaria does not come only from individual politicians, but from entire political organizations, where extreme ideologies and institutionalized racism combine with high-level corruption. The symbiosis between the far-right and organized crime endangers national security, and creates serious security concerns for the entire European Union.

BR: Would you say that VMRO more resembles a racist criminal enterprise than a legitimate political party?

OT: The prosecutor’s office should answer this question. We merely present those facts which are publicly available. Bulgarian and foreign media reported that the leadership of VMRO-BND party is involved in a scam with Bulgarian passports. It is believed that thousands of nationals from non-EU countries, including people wanted by Interpol, obtained Bulgarian citizenship for cash. There are also numerous cases where representatives of VMRO have incited hatred and invoke violence against Romani people through the media and social networks.

We simply call on the President, the Prime Minister and the Chief Prosecutor of Bulgaria to exercise their legal authority and to enforce the law. According to the Political Parties Act, a political party whose activities contradict the constitution shall be disbanded. There are enough indications that VMRO is acting contrary to Article 44 of the Bulgarian constitution, which prohibits activities against the country’s sovereignty and national integrity; as well as activities inciting racial, national, ethnic or religious enmity. We have already received a response from the Council of Ministers that is unsatisfactory, and we will proceed further with this matter.

BR: Has the EU made any specific mention about anti-Roma discrimination in Bulgaria, or reacted to hate speech and racist provocations of MEP Angel Dzhambazki?

OT: I am not aware of any concrete statement by the EU Commission on the situation of Roma in Bulgaria in the context of COVID-19 crisis, and nobody seems bothered in Brussels by Dzhambazki, whose conduct is symptomatic of the arrogance that comes with impunity. He is the product of an unhealthy political culture, and his actions are predictable.

But what really surprised me is the lack of any reaction from the opposition MEPs. Their silence is more telling than Dzhambazki’s words. Despite our approaches, we have heard nothing from Sergey Stanishev who is President of PES, neither from Ilhan Kyuchyuk, Vice President of ALDE, nor from Radan Kanev, the only representative of the “Democratic Bulgaria” coalition in Brussels.

As for the European Parliament, despite its own resolution urging member states to combat antigypsyism, the absurd response was that citizens’ petitions concerning Dzhambazki’s hate speech were inadmissible. Our real problem is that the inaction of mainstream politicians has created favourable conditions for the extreme right to flourish. An additional problem, of course, is the fact that six million Roma in European Union are represented by only three MEPs from different political groups with conflicting priorities. The political underrepresentation of Roma is among the biggest democratic deficits of the European Union.

BR: What do you think the future holds for Roma in Bulgaria when the post-corona ‘new normal’ kicks in?

OT: For most Roma, the state of emergency will outlast the pandemic. Politically, whoever comes to power in Bulgaria will follow similar policies towards the Roma. Economically, the crisis that will follow the pandemic will cause many Roma to lose their jobs, leading to further frustration. This combination gives rise to serious concern. However grim the future might look for Roma, I am not a pessimist. I believe that big crises create big opportunities – and this crisis is the right time to take action to change the things we do not like.