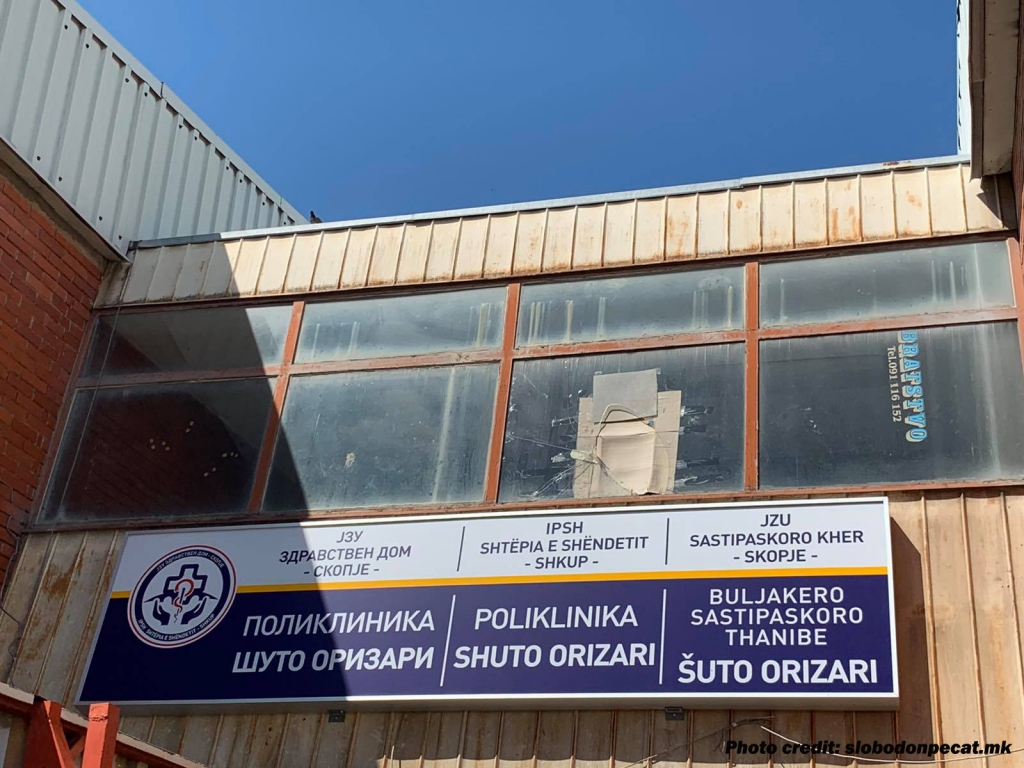 Today, after more than a year’s absence, the Romani municipality of Shuto Orizari in Skopje, North Macedonia will finally have a gynaecologist again. Dr. Bozidar Boshkovski started work for the first time at the Polyclinic Shuto Orizari on Indira Gandi Street. The appointment came after local Romani women complained en masse to government bodies with the legal support of the European Roma Rights Centre (ERRC) as part of a mass complaint initiative begun in 2020.

The Shuto Orizari district of Skopje is unique in Europe for being a majority-Roma municipality whose local government is run predominantly by Romani officials. In Shuto Orizari, schools are bilingual, the Romani flag flies on public buildings, and Romani is the everyday language in the streets, markets, and local cafés. Women there have been without a full time gynaecologist since the last doctor left his post at the beginning of 2020. Since then the Macedonian health authorities have failed to find a replacement who could serve the 8,000 patients registered at the clinic, the majority of whom are of Romani ethnicity.

On the 25th June 2020, the ERRC made a complaint on behalf of 58 Romani women to the Ombudsperson, the Government, the Ministry of Health, and the Commission for Protection Against Discrimination, demanding that the women be given access to an obstetrician-gynaecologist and community nurses in Shuto Orizari.

On Friday, the Minister of Health, Venko Filipche, posted a statement on his Facebook page which stated: “The women from Suto Orizari will get a gynaecologist. Dr. Bozidar Boskovski is an experienced gynaecologist, who will take care of their health and will be available to all patients in this municipality. We have solved the problem, once the administrative formalities are completed he will start working. The most important thing is that patients will be able to perform their gynaecological examinations on time. We continue to pursue care and genuine health policy for all patients.”

The previous doctor, Dr. Vjolcza Mbjara, first came to the clinic four years ago from Albania, and was appointed by the Ministry of Health using subsidy payments as they had struggled to find a doctor who would work in the area. Prior to his arrival, the municipality had been without a gynaecologist for the previous eight years. The ERRC and local activists believe that prejudices are partly to blame for the lack of doctors willing to work in the Romani municipality. There is also a general lack of specialised healthcare professionals who are able to provide reproductive health services in North Macedonia, meaning Romani women are often forced to travel to neighbouring municipalities to access such services. The cost of doing this creates additional barriers for Romani women living in poverty to access reproductive healthcare services. Romani women have also reported informal and illegal additional charges being demanded by doctors for treatment which should be offered for free, such as examinations of children.

Aside from doctors illegally requesting informal payments, the general cost of medical services for reproductive care is frequently beyond what Romani women from Shuto Orizari can afford. In a study conducted 10 years ago, a Romani woman from North Macedonia complained about barriers to accessing gynaecological care which remain unchanged for Roma in the country today:

“They asked me to pay 11,000 MKD [equivalent to USD 252]; I didn’t have that kind of money, but they weren’t interested, so I had to give birth to my child at home [ ...] The child birth lasted for two days and I fell unconscious several times. [...] And what if I had died? This country does not care about us at all.”

The impact of this unequal access to reproductive care has had significant negative health outcomes for Romani women. The infant mortality rate for Romani mothers is almost double that of the general population according to a submission made by the local Roma Women’s Initiative to the UN Committee on Economic, Social and Cultural Rights in 2016. More recently, Romani women in Shuto Orizari have been particularly concerned about the complete absence of screening services for cervical cancer and breast cancer.

A reportage by Macedonian news media Vidi Vaka indicates that only four out of 270 Romani women from Shuto Orizari were invited for breast cancer examinations in the last four years. The situation is no better when it comes to the screening programme for cervical cancer – the research shows that only 2% of Romani women aged 24 - 60 were invited via the screening programme, in comparison to 18% of non-Romani women, over the last three years. 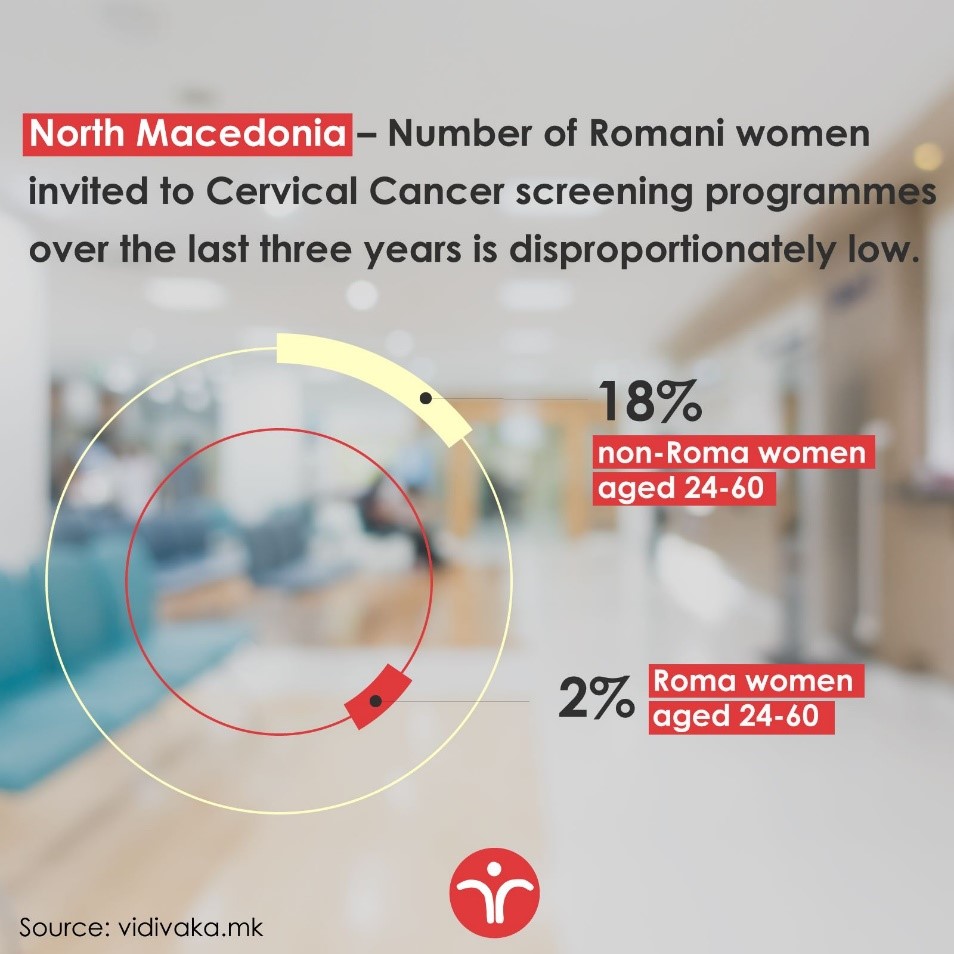 On the 5th April 2021, the Ombudsman notified the ERRC that the Institute of Public Health will take action and encourage gynaecological clinics to invite women to attend screenings for the prevention and early detection of cervical cancer. Advice was sent to all public health centres, and a circular sent to family gynaecologists, to invite Romani women for free cervical cancer screenings throughout North Macedonia.

While today’s arrival of a gynaecologist in Shuto Orizari is cause for celebration, the long wait for thousands of Romani women, and the toll this will have taken on their health, is emblematic of the wider inequality for Roma in the country. The ERRC will continue to support local Romani women in Shuto Orizari and across North Macedonia to ensure they have access to reproductive care.