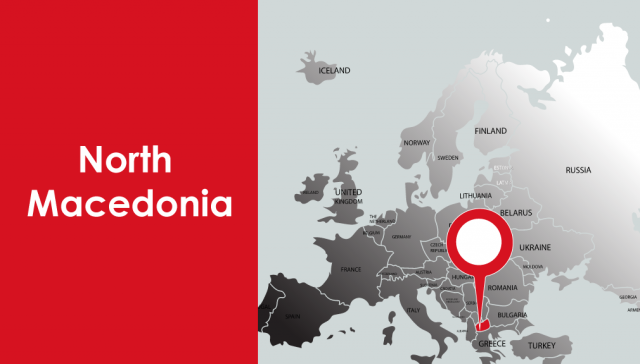 On 7th October 2019, the Assembly of the Republic of North Macedonia introduced a law to ratify the Convention on the Reduction of Statelessness.  North Macedonia was the last country in the ex-Yugoslavia region to ratify this Convention, the aim of which is to provide citizenship for all as a basic human right without discrimination.

Many Roma in the country still lack formal citizenship because of missing birth certificates and other types of personal documentation. Large numbers of Romani people were displaced in 1999 from Kosovo, after war and ethnic cleansing forced them from their homes. Official registers disappeared during the conflict and many Roma struggled to reconstruct their personal documentation on arriving as refugees in their new country. This is only part of the story however. Romani statelessness in North Macedonia is not solely a by-product of war in the region, it is a consequence of widespread institutional racism which throws up barriers denying Roma their ‘right to have rights’.

Undocumented Romani parents are commonly denied registering their children at birth, either because of their own lack of documentation or because of discrimination from public officials. Many government workers express stereotypical views about Roma such as the belief that they are ‘indifferent’ to being documented, ‘avoided being in the system’, and that their ‘traditional lifestyle’ is responsible for their own lack of registration.

Since January 2018, the Government has adopted a series of measures aimed at reducing statelessness in the country in preparation for the ratification of the Convention on the Reduction of Statelessness. The measures which have been submitted to the Ministry of Labour and Social Affairs include: forming an inter-ministerial working group for overcoming the lack of documentation issue, changing the law on non-contentious procedures to improve birth registrations, changing the law on records to provide a special legal status temporary ID number for undocumented persons, introducing free legal aid for persons without documentation, educational activities, and free medical care.

Whilst these changes are welcome, and if correctly implemented should help to alleviate some of the pressures on Romani families brought about by the risk statelessness, they do little to address the problem of institutional discrimination, which is often the root cause of Romani statelessness in North Macedonia.

“Long-term, the problem will not be fixed by collecting statistics and offering special status to the individuals concerned. This is problematic. The aim is not only to give these people access to their natural rights, but to make them equal citizens” said ERRC Lawyer Senada Sali. “Romani statelessness will only be reduced by giving full citizenship to the individuals that lack it. It’s not about introducing laws to make them special.”

According to information given to the ERRC by North Macedonia’s representative of the UN HCR – The UN Refugee Agency - there are currently about 574 people at risk of statelessness, 298 of whom are without birth certificates and identification documents. The rest are long-term residents of Macedonia with undetermined citizenship. From the total number of persons at risk of statelessness, 77 % are Roma.

In July 2018, the European Roma Rights Centre (ERRC) and others submitted a critical report on Romani stateless to the UN Human Rights Council and also provided information to the UN Special Rapporteur on Minority Issues about the issue. The ERRC have been exposing the issue faced by Roma at risk of statelessness since 2016 through a joint project with the Institute on Statelessness and Inclusion, the European Network on Statelessness, and the Macedonian Young Lawyers Association. The #RomaBelong initiative has uncovered the extent of the problem in North Macedonia, as well as elsewhere in the region, when it comes to Roma who are stateless or at risk of statelessness. The recent ratification of the Convention on the Reduction of Statelessness by North Macedonia is testament to the international co-operation and advocacy of this project in the region.