Irish Travellers are Ireland’s indigenous ethnic group. We are distinct from the rest of Ireland’s population with our own language, traditions, culture and customs, and have been part of Irish society and culture for centuries. We have been documented as far back as the 5th century when we were called ‘Whitesmiths’ because of our connection to tinsmithing which has now been inscribed in the UNESCO list of intangible cultural heritage which requires signatory states to “recognise, protect and promote the living cultural heritage of their countries” (UN 2019). In the Irish language, we are called ‘An Lucht Siúil’, meaning the ‘Walking People’ because of our history of nomadism. Mincéirí or Pavee is what we call ourselves in our own language.

According to the Irish Central Statistics Office (2016) there are over 40,000 Travellers living in Ireland, accounting for just 0.7 per cent of the general population. We are a young population with 73% being under the age of 35. We experience extreme disadvantage in terms of education, employment, accommodation, and health, as well as facing virulent racism and discrimination. Irish Traveller life expectancy remains similar to the life expectancy of the general population in 1945 and the suicide rate is nearly 7 times higher than the general population, with 11% of Travellers dying from suicide alone. Like many other countries across Europe, the Irish state has a history of persecuting Travellers, for example, in 1963, the Report of the Commission on Itineracy was published by the government where it stated “there could be no ‘Final Solution’ until itinerant families were absorbed into the general community” (Government of Ireland 1963). This was the first systematic attempt by the Irish government to settle Travellers and it began with “the ultimate goal of settlement and spatial fixity which has remained the cornerstone of government policy towards Travellers ever since” (Crowley 1999). In 2002, the Housing (miscellaneous provisions) Act 2002 was passed that gave local authorities and police more powers to move Travellers off public and private land. Under this law “encampment has been criminalised” and “Travellers can be moved with less than twenty-four hours’ notice; if they do not move they can be arrested without a warrant. Fines of €3000 can be issued to Travellers or they can be faced with a prison sentence” (Drummond 2007).

We are up to 22 times more likely to experience discrimination in housing which results in overcrowded accommodation, homelessness and unauthorised encampments. Despite local authorities being obligated under the Housing (Traveller Accommodation) Act, 1998 to provide culturally appropriate accommodation, and receiving specific annual funding to achieve this, Travellers still live in dire conditions with some halting sites having no access to services and resources. This year the Council of Europe expressed its “shock” at the conditions in Ireland’s halting sites, and in 2016 the Council of Europe’s Committee of Social Rights found forced evictions of Travellers to be violations of Human Rights. Ireland has ignored this and today continues to violate Traveller Human Rights. This year, out of 26 local authorities in Ireland, only four spent all of their Traveller accommodation budget, with just €4m out of €13m spent. 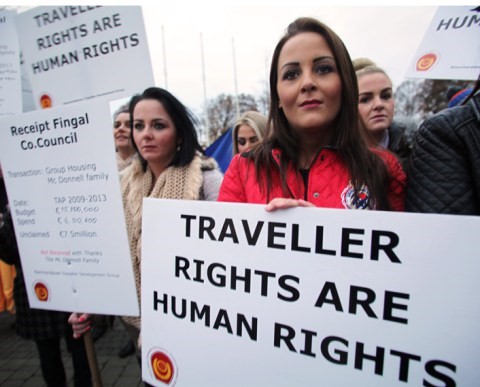 For generations, the main dispute between Travellers and the state has been one relating to spatial allocation. The state’s failure to provide Travellers with the space for functionally operating transient sites, and the introduction of anti-nomadic legalisation, has created a pattern of evictions across the country where Travellers cannot practice their cultural and political rights in relation to movement. Among the general Traveller population there is a widespread feeling of police persecution, which is amplified by their role in enforcing evictions. The common use of deploying armed response units with an army of police officers at evictions creates trauma and conflict, where the police are not the protectors of the community but rather the enforcers. For example, in October of this year, a young Traveller family with five children were evicted from a site in Limerick where at least 70 armed police officers were present. Complying with national anti-nomadic legalisation and practice, the increased forced evictions have a disproportionate effect on the everyday lives of Travellers. Once a family has been evicted from an area, it starts the sequence of being moved on by law enforcement numerous times from different spaces until the family move out, or are pushed into, sedentary housing.

Travellers are significantly over-represented in the Irish prison system. Traveller men are between five and eleven times more likely to be imprisoned than the general population, and Traveller women are between eighteen and twenty-two times more likely. According to the UN Committee on the Elimination of Racial Discrimination, this high number shows that the law enforcement sector is “clearly racial profiling” Travellers in Ireland. The common stereotypical image of Travellers as ‘socially deviant’ informs policing policies. Simultaneously, the frequent racist descriptions and distortions of Traveller society legitimises the institutional and disciplinary control over us. This is to further a narrative of the popular belief over the superior value of sedentarism (as opposed to nomadism) and the desirability of “… promoting their absorption into the settled community” (Government of Ireland 1963). After such a long history of oppression and acculturation by the State, it is of no surprise that Travellers’ relationship with An Garda Síochána, the state police body, is troublesome. 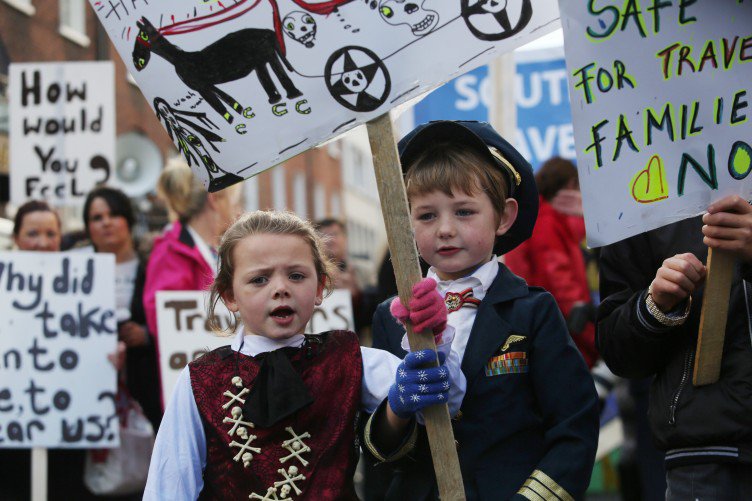 Travellers in Ireland live their daily lives experiencing racism. The racial divide is deeply ingrained into Irish society where hostility and violence towards my people is seen to be justified because of our ‘difference’ to the mainstream settled population. Anti-nomadism and anti-Traveller racism have long shaped the reality of Travellers’ lives. The history of Travellers in Ireland is characterised by policies oriented to fixing us, informed by racialising constructions of nomadic identity as a threat to society. At the same time spaces traditionally associated with, and key to, the maintenance of our culture have been placed out of bounds, appropriated for the exclusive service of sedentarist values. Travellers have been subjected to gradual forced settlement where ‘closure and control’ act as an instrumental tool of sedentary power. The State’s spatial management and control of Travellers is intended to preserve the existing settled social and spatial order and has the effect, whether by design or otherwise, of sedentarising and assimilating us. Planning in Ireland has a long history of spatial differentiation, including the production of distinct areas containing small groupings of Travellers. Indeed the Report of the Commission on Itineracy (1963) made it possible and justifiable to contain and isolate my people into particular areas, simultaneously depriving us of a quality of services, resources, and interactions that are generally enjoyed by the majority settled population. This normalisation of institutional and everyday racism allows for the majority population, including the police force, to view and treat us as ‘failed settled people’, leading many people to believe that our experiences are not racism but our own fault based solely on our ethnicity and culture.