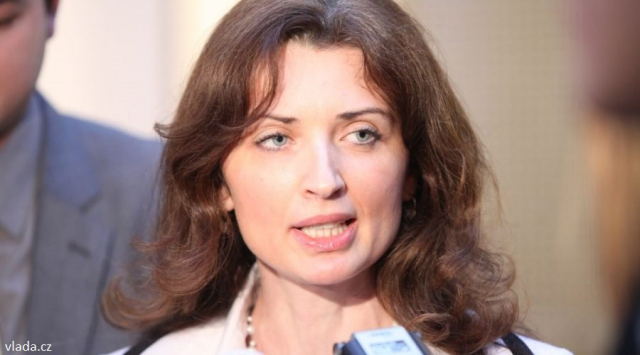 In a report into the death of Stanislav Tomáš while being detained by police, Czech Deputy Public Defender of Rights Monika Šimůnková described ‘three errors’ made by officers while restraining the Romani victim, and found grave fault with the internal investigation conducted by the Ústecký Regional Police Directorate.

As covered in Romea.cz, Monika Šimůnková’s report which focused on the lawfulness of the approach taken by police and the proportionality of their use of force, found that officers committed three fatal errors during the intervention in which Stanislav Tomáš perished.

First, they waited up to three minutes before calling an ambulance upon arriving on the scene, and none of the officers monitored Mr Tomáš physical state during the arrest. Second, they failed to ascertain in a timely fashion that the victim had stopped displaying signs of life; and third, they failed to remove his handcuffs and did not begin to immediately resuscitate Stanislav Tomáš when he collapsed.

Ms. Šimůnková also found that the Ústecký Regional Police Directorate did not fully investigate the facts, and neglected to include any statements from the crew of the first emergency rescue vehicle at the scene. The paramedics’ accounts were especially important as they contradicted police assertions that Stanislav Tomáš did not collapse until he was inside the ambulance.

According to the police testimony, police officers “moved said man from the lying position to the sitting position” and with the help of a paramedic helped ‘said man’ to his own feet. They claimed Mr. Tomáš “rose from the ground on his own, although he was sluggish” and with further assistance was correctly positioned on the stretcher at which point emergency services took charge. The police account that Mr Tomáš was able, after the arrival of the ambulance, to get to his own feet and then recline on the stretcher himself was effectively presented as fact by the internal investigation.

As reported by Romea.cz, the Deputy Public Defender of Rights quoted one paramedic’s testimony which irrefutably contradicts the police account: “(The patient’s) hands were cuffed behind his back. The officers were pinning him to the ground just by one arm so that he wouldn't run away. When I approached the patient, I ascertained that he was lying on his abdomen, making no noise, and I checked his carotid artery, but no pulse could be felt. At that moment the patient's circulatory system had stopped, i.e., he was not breathing. Subsequently I insisted he immediately be placed on a stretcher and put into the ambulance."

Ms. Šimůnková’s report found that the errors committed during the internal investigation – the failure by the Ústecký Regional Police Directorate to sufficiently describe the facts, by “absolutely ignoring the absence of testimony” from the paramedic crew – could lead to the requirements of an effective investigation not being met.

The ERRC welcomes the findings of the own initiative report by the Deputy Public Defender of Rights. ERRC President Đorđe Jovanović stated:

“The findings are very disturbing and confirm what the world saw on video – that Stanislav Tomáš perished while being detained by police officers who used excessive force and behaved with callous disregard for his life. But this is more than one isolated incident of racist police brutality. The flawed official investigation that ignored the testimony of paramedics, and the messages of support for the police officers from Prime Minister Andrej Babiš before any investigation had been completed, point to institutional racism. Before the facts were known, the victim was guilty and the police officers were congratulated by the Prime Minister for a job well done. The family of Stanislav Tomáš deserves justice, and our hope is that Defender Šimůnková’s report marks a first step on that road.”

Forthcoming research reports by the ERRC into Roma and the criminal justice system in the Czech Republic, Slovakia, North Macedonia and Serbia show that when it comes to policing Roma, law enforcement agencies are structurally racist, antigypsyism is clearly manifest in the ways Romani communities are policed, and there exists a culture of impunity within law enforcement when it comes to violence, torture and degrading treatment of Roma.

Beyond policing, the research finds that institutional racism is embedded in the entire criminal justice system and Roma pay the price. Stanislav Tomáš paid the ultimate price. Romani defendants face discrimination from police, judges, prosecutors, and often their own lawyers. These new reports reveal the extent to which pervasive and routine antigypsyism in state and society, leads to racially-biased decisions and outcomes for Roma in the criminal justice system.