Road to nowhere for Hungary’s Roma: Public works scheme is futile and insidious* 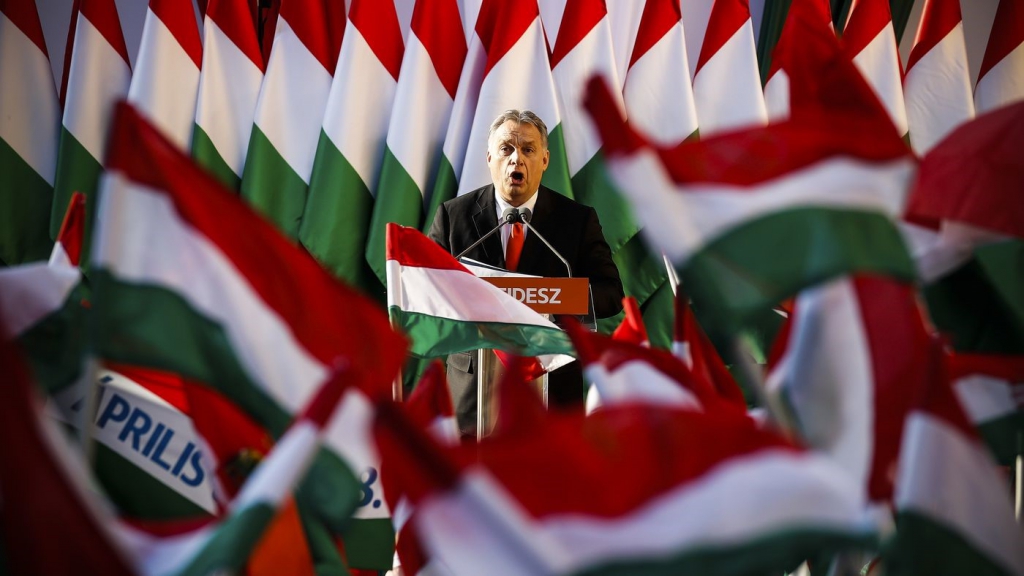 Eight years on, Hungary’s public works scheme has only served to exacerbate inequalities and actually diminish the prospects for many Roma to access the primary labour market. Critics have damned the scheme as a political tool that creates a permanent underclass of unskilled workers, increasingly vulnerable and dependent upon the whims of local political forces. Described by the Commission as “utterly ineffective”, public works is part of a wider strategy of containment and control of poor Roma communities.

Back in 2011, Viktor Orbán in yet another paean to authoritarians mused that “China has lifted tens of millions of people out of poverty. [That] country was not dominated by the western, liberal idea that fiddling with the books is the way to get the best economic indicators. There, work is the foundation.”

A work-based economy – where “the nature and extent of social subsidies are to be determined according to the usefulness of the beneficiaries’ activities for the community” – a family support system, full employment and industrial reforms became the pillars of the ‘unorthodox’ Hungarian economic model; and at the base of these pillars was the Public Works Scheme. This scheme is credited by the regime with improving the lot of those multiply disadvantaged, unqualified, unskilled, and impoverished Roma communities.

According to the government, in addition to activating the long-term unemployed, the public works system “provides an income for hundreds of thousands of citizens and their families each year, also contributing to the development of settlements, and the creation of a more orderly attractive and cleaner residential and natural environment.”

Today, the government feels bullish about the economy, with a 5.3% growth in the first three months of 2019, and unemployment at a low of 3.6%. Behind those figures, the Eurostat deprivation index shows that Hungary ranked fourth among EU member states with the highest material and social deprivation rate in 2017, behind only Romania, Bulgaria and Greece, two times higher than the EU average of 16%. If you dig deeper and disaggregate the data by ethnicity, about 76% of those living in poverty in Hungary are Roma.

It should also be pointed out that these economic successes owe much to the much-maligned European Union: funding from Brussels accounts for nearly 4% of Hungarian GDP per year, one of the highest ratios in the bloc. Europe also functions as a pressure valve for the Hungarian labor market. The government says 730,000 new jobs have been created since 2010 — but that includes as many as 350,000 Hungarians who have found work elsewhere in the European Union. And much of the fall in unemployment can be attributed to two factors, the hundreds of thousands of Hungarians who have emigrated to find work abroad, and the average of 200,000 participants in the public works scheme who are counted among the employed.

While Orbán’s international supporters and opponents alike have remained transfixed by his nativist rhetoric, his regime’s abrasive approach to foreign affairs, and its relentless drive towards complete state capture, less attention has been paid to Hungary’s systematic adoption of workfare, which some maintain is the regime’s most novel feature. 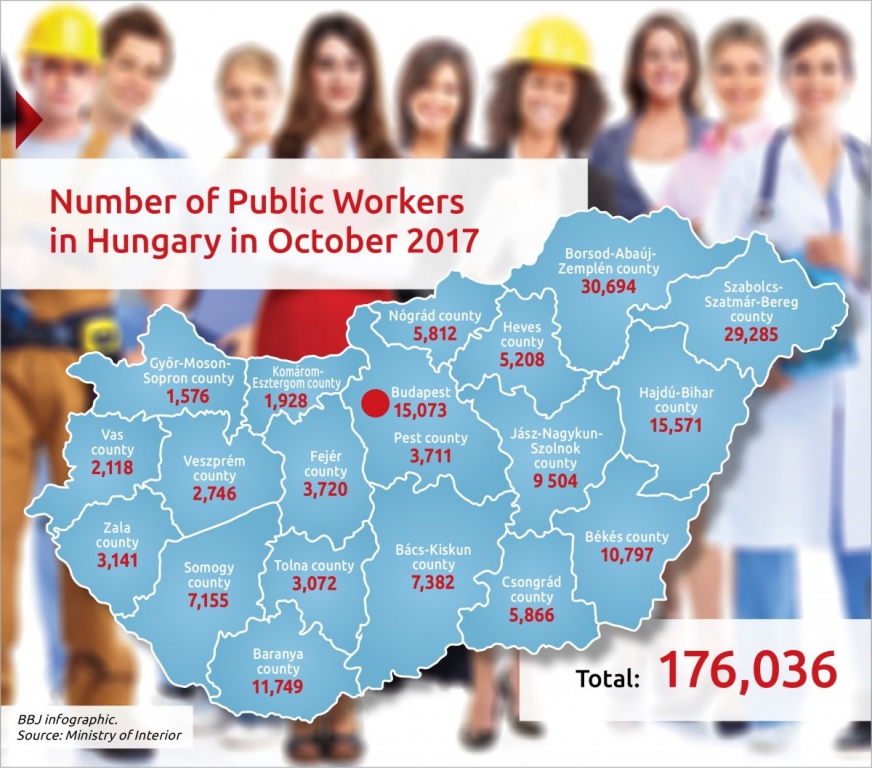 When it was first launched, economist Martin Kahanec, described the plan as a "lemon". "Very low-skilled public works can stigmatise and discourage these people and stop private employers from hiring them"; and he forecast "it will create an army of vulnerable workers facing two bad options: no welfare benefits from the state or precarious work." Critics of the regime say that Hungary’s scheme has become a political tool that creates a permanent underclass of unskilled workers; ensnared in a menial labour trap that diminishes their chances of finding jobs in the private sector.

There can be no doubt that the public works program offers cheap labour to the government and to private employers – the monthly net income at about €174 has remained static for three years in a row. In 2011 public workers took home 77% of the minimum wage, now it is just 54% - the gap between minimum wage and public work has widened dramatically since the launch of the scheme. But the unemployed – especially in those disadvantaged regions where regular employment is virtually impossible to find and with welfare benefits long since slashed – are usually thankful for any possibilities.

The European Commission described the public works scheme as utterly ineffective in terms of transitioning the unemployed back into the active workforce, and suggested Hungary would be better off if it spent its billions on pursuing employment policy that encouraged participation in the active labor market. Jirí Svarc, head of the European Commission’s employment directorate, described the most alarming trend regarding Hungarian public works scheme was that it was beginning to replace the active labor market.

Indirect discrimination based on ethnic origin

In a recently-published briefing, Sára Hungler and Ágnes Kende described the scheme as one which enhances local hierarchies and increases the powerlessness of those involved. Primarily targeted towards unemployed Roma, the scheme offers only menial jobs and a level of income that precludes beneficiaries from maintaining dignified living conditions for themselves and their families. They suggest that the public work program may constitute an indirect discrimination based on ethnic origin prohibited by EU law; that the program undermines EU objectives of the attainment of a high level of employment and of social protection, the raising of the standard of living and quality of life, economic and social cohesion, and solidarity by indirectly discriminating against unemployed Roma people.

A recent survey showed that the large majority of public workers (73%) carry out physical work that requires primary education and no skills. Public work organizers themselves do not find future employment as an important aim of the program: 51% of employers did not believe that public works would contribute to the re-employment of participants in the regular labor market. Research also indicates that women and people with weak physical abilities have significantly fewer public works opportunities than ‘healthy’ ones, which suggests that the most vulnerable are excluded from the program.

In villages in the north-eastern regions, Roma participants allege that mayors promise jobs only to those who vote for the ruling party and cut off poor families’ income by firing workers on spurious grounds: “If your child misses a day of school or if you get a parking fine, then you can be fired and that means you get no support of any kind for three years,” Roma activist Jenö Setet, told the Financial Times.

This refers to the behaviour codes required of claimants, requiring them to keep gardens tidy, and since 2013 they can be excluded if their children are caught being truant from school.  Many critics point to the complete lack of monitoring and supervision on the part of central government when it comes to discrimination and abuse in day-to-day implementation of public works.

When it comes to political manipulation and control of vulnerable Roma communities, recent research from Yale University into electoral clientelism in Hungary states that “politicians are using the workfare program — many people’s only source of income — to condition electoral support.” The workfare program drives two forms of clientelism: One in which a positive inducement — access to the program’s benefits — is exchanged for votes, and another in which benefits are threatened to coerce political support.

One of the authors, Isabela Mares described her shock at finding electoral coercion – something she associated with the 19th Century – in an EU member state: “In deindustrialized areas of Hungary, where jobs are very scarce, politicians are using the workfare program — many people’s only source of income — to condition electoral support.” The public takes a less negative view of political clientelism when it is used in a way that aligns with their policy preferences and prejudices concerning the ‘undeserving poor’. According to Mares

“In Hungary, there is political conflict over which groups are ‘deserving’ of welfare benefits, and politicians can use coercion to signal that they believe that the very poor and members of minority groups are lazy and untrustworthy. This ‘poor-versus-poor’ conflict is an important, yet overlooked, dimension of political conflict in deindustrialized communities.”

The long-term unemployed Roma in remote areas will remain the greatest losers, vulnerable to arbitrary decisions by local mayors over their inclusion in or exclusion from the social assistance system, without the possibility of any legal remedy.

Especially worrying is the fate of the young generation of the poorest Roma. A recent amendment stipulates that under-25s can only be involved in the public work scheme if the EU-funded Youth Guarantee scheme has failed to help. This might silence EU criticisms, but the complete absence of central oversight, and the lack of political will, holds little prospect that the Youth Guarantee scheme will guarantee anything for young Roma in these regions. The reality is that the reduction of the compulsory school leaving age to 16 and the prospect of taking home 140 Euro means that many young Roma will leave school with no market skills or qualifications, to be drafted into public works schemes, that promise no integration and no future, but trap the next generation into a cycle of poverty, powerlessness and social exclusion.

*This is an abridged version of a speech delivered by Bernard Rorke at the European Economic and Social Committee public hearing on ‘Discriminatory practices in employment and recruitment and the Roma: identifying best practices’, Brussels 11 June 2019.