Several Romani families have been driven from their homes near the village of Rudne in the region of Lviv, Ukraine. According to eye witnesses, over thirty masked men (who were described as young and of athletic build) attacked the makeshift homes where the Roma were living at 2AM on the 10th May. 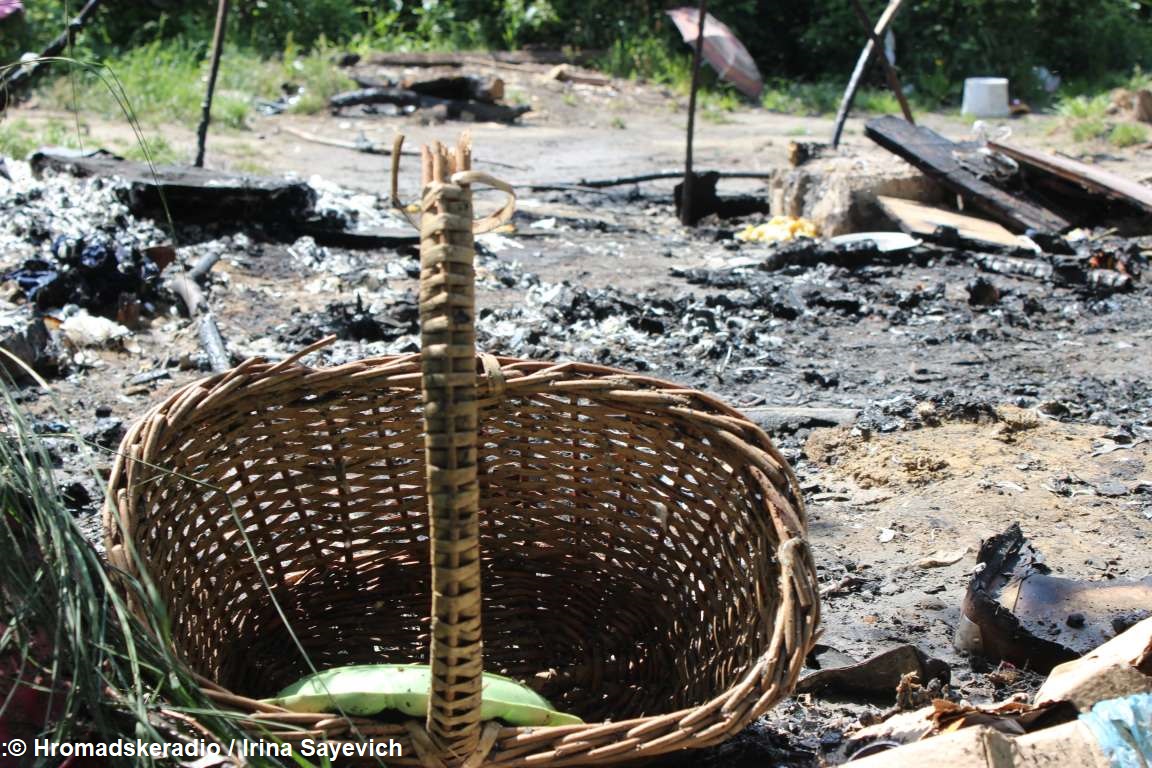 People were dragged out and beaten while their homes were set alight. The inhabitants fled immediately, and were forced to leave their possessions including money and identification documents behind to be destroyed in the blaze.

“There is nobody now in the camp. Some people fled in the middle of the night after the pogrom; some was transported by the ambulance” said Michael Kenio, a representative of local human rights organisation, the Kharkiv Human Rights Protection Group (KHRPG).

The Romani residents of the camp were reportedly visited by unknown persons in the days before and told to leave the area. Additionally, the district administration news service announced on the 10th May that workers of the Lychakiv district state administration, together with the National Police and the city's security department "conducted an explanatory work" involving the Roma near Rudne, after which they left the territory. Accounts from people in the nearby village suggest the involvement of police officers in the attack. The location of the Roma who fled is not known, nor what their immediate housing situation is.

The Roma had been living on the edge of the village where they worked collecting scrap metal. In the surrounding forests, there are several other groups of Roma who are working in the area during the summer months. The inhabitants of the neighbouring camps are reportedly afraid to come forward in case they are attacked next. One person, who does not wish to be identified, said that they had received a call in the middle of the night on the 9th May warning them to be careful, because the neighbouring camp was being attacked.

"A man called Fedya lived here” says local activist Michael Kenio. “He had several children, and had worked long and hard to get identification documents for them. Yesterday all their documents were burned. Another father here was called Misha, he had nine children, and he was beaten very badly and taken away in an ambulance. Friends say they saw him in the city later with a bandaged head with his children at the train station. They will not come back here, but where exactly they are now is not known."

Police and ambulance responders were present at the scene, but no one was arrested for the assaults on Misha and others. After the Parliamentary Human Rights Commissioner Lyudmila Denisova ordered an investigation into the attack, the National Police of Lviv region have opened a criminal case of hooliganism over the dispersal of the Roma camp in the regional centre.

"The investigators of Lviv regional police on May 10 opened criminal proceedings according to the report about a fire incident in a settlement on Horodotska Street in Lviv. The incident is now classified as hooliganism" reads the statement from the press service of the National Police. According to investigators, individuals involved in the pogrom are now being identified and the pre-trial investigation has started.

This is the second attack involving arson in recent weeks to be carried out against Roma in Ukraine. On 22nd April members of the far-Right organisation C14, alongside state authority workers, burned down the homes of Roma living at Lysa Hora in Kiev, before chasing them away with stones and tear gas.

The managing director the European Roma Rights Centre, Adam Weiss said “The only choice these Roma have now is to challenge the National Police in court. We are working with activists on the ground and with the Romani victims of both attacks to figure out how to do just that.”