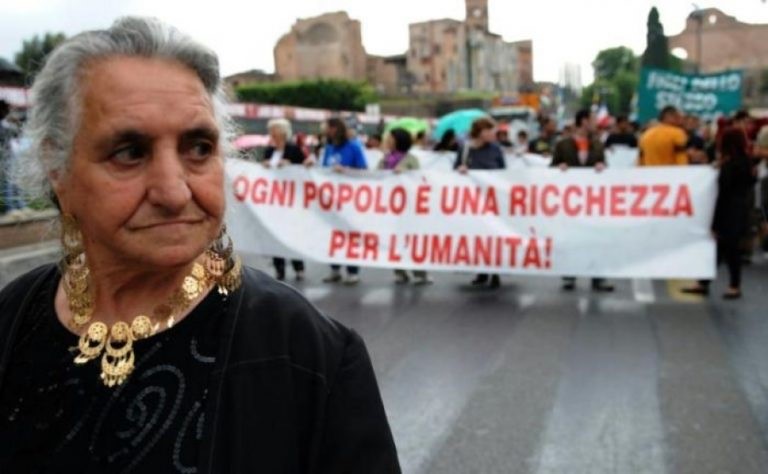 In its mid-term review of the EU Framework, the European Commission stated that, “five years is too short a period to undo centuries of discrimination and deprivation.” From the evidence of the Roma Civil Monitoring reports, it is clear that ten years won’t do the trick either. This latest synthesis report covering 27 EU member states shows that the EU Framework for National Roma Integration Strategies (NRIS) brought added value in terms of formulating Roma inclusion policies, and that examples of good practice are in evidence across the European Union. But, plainly this has not translated into tangible progress, or ‘real change’ for the mass of excluded Roma communities across Europe.

A combination of random and haphazard implementation, weak and often incoherent governance, largely unchecked patterns of discrimination, and an alarming rise in antigypsyism, has yet again deferred the goal of Roma inclusion. While circumstances vary from country to country, the reports confirm that, for the most part in those countries with significant Roma populations, discrimination continues to contaminate many aspects of everyday life; segregated housing and schooling stubbornly persist, with hundreds of thousands of Roma denied access to basic services including clean water and sanitation; and across the European Union many Roma communities remain vulnerable to forced evictions, discriminatory policing and racially motivated hostility and violence.

While levels of Roma representation and participation in public and political life vary somewhat, as does the ambition and quality of the national strategies, the report states that, “in reality, NRIS implementation seems random and contingent upon the political priorities of national governments, specific line ministries or political parties in power, and external pressure from the EC.”

Participation by Roma and pro-Roma civil society in shaping Roma integration-related policies is defined as crucial to the workings of the Framework, and it gets a mention in most of the NRIS. Even though formal mechanisms for consultation are in place, the power imbalance between public authorities and civil society actors and expert groups is rarely acknowledged and the reports contend that “even where the formal processes of participation are established, they rarely entail the actual power to make decisions. Most civil society actors expect involvement in actual decision-making and thus necessarily view consultation schemes as structures that are limiting rather than enabling.”

While some countries report a rise in the number of Roma running for public office, the reports identify low political participation and alienation from the mainstream political agenda as a problem in CEE countries, a problem compounded by manipulation, bribery and even intimidation by local politicians.

An over-reliance on EU funding for Roma inclusion is a feature of these countries as well as Greece and Italy. This has negative consequences in terms of sustainability, and renders the interventions vulnerable to problems associated with national management of EU funds such as delays in implementation, variable absorption capacities and complicated administration and burdensome regulation.

All the reports concur that regardless of the quality of the NRIS, progress on Roma inclusion is largely dependent on local political leadership and capacities of local government – a combination of political will, available resources including funding, administration and expertise determines the quality of design and implementation, and across the EU, there is a clear correlation with the size of municipalities: “Thus, Roma inclusion on the local level is strongly connected to governance design, particularly to the degree of decentralisation and autonomy of local governments, as well as to the quality of public administration, which varies largely across the EU.”

A recurring point common to many of the country reports was that full transposition of the RED into domestic law did not translate into effective action against anti-Roma discrimination. In countries with significant Roma populations, the bodies responsible for tackling discrimination were described as ineffective:

“Many of the reports complained that effective instruments are missing, such as provision of free legal aid or the possibility to bring public interest lawsuits in the Czech Republic. The situation has been made worse by hostile public attitudes, an absence of mechanisms for effective enforcement; a lack of capacity and political will to apply existing legislation properly; and the protracted, complex, and often inconsistent conduct of judicial proceedings.”

Reports from countries with smaller Roma populations, such as Belgium, Netherlands or Denmark, expressed similar concerns about the effectiveness of the responsible bodies; identified difficulties in accessing justice, proving and winning cases in court, and a lack of legal and rights awareness among Roma, and low knowledge about the existence of the equality bodies. This was compounded by a widely reported distrust in the institutions and a lack of confidence in positive outcomes in many countries. Many Czech Roma respondents “did not pursue justice for fear that things might turn out even worse, and their lack of trust was grounded in a perception that judges lacked sensitivity and harboured the same anti-Roma prejudices as the majority population.”

In the CEE countries with the largest Roma populations, Roma experience ethnic profiling, stop and search, and frequent encounters with police officers that do not foster trust in law enforcement. A lack of accountability verging on impunity in some countries means that police officers often resort to the deployment of excessive force, and remain cavalier about the human rights and dignity of Roma detainees. The opinion of the RCM researchers is that, despite EU legislation “there are no effective mechanisms to protect victims of police violence, little reliable information or data to give a precise account of the scale of the problem, and a low success rate in cases investigated.”

The reports identified systemic practices that prevent Roma from moving out of segregated and often illegally occupied areas. In those countries with the largest Roma populations, the reports found little evidence of actual or intended policy interventions to overcome residential segregation; some countries such as the Czech Republic are even witnessing a growth in the number and size of ‘socially excluded localities’, often in appalling conditions lacking basic infrastructure and access to basic public services.

In Slovakia, some municipalities purchase cheap houses in remote villages to ‘export their problematic’ Roma residents, and public funds have been allegedly used to build segregation walls, and to ‘relocate’ Roma on the outskirts of villages into newly built, poor quality housing units, without proper access to basic utilities.

A disturbingly high share of the Roma population still lives without tap water in their dwellings. In Bulgaria, the Czech Republic, France, Hungary, Italy, Romania and Slovakia, even where safe water supply and sanitation services were available to non-Roma households, Roma were often systemically discriminated against in their access to them. In France, mayors and municipal staff openly declared that if they offered sanitation services and facilities to dwellers in shantytowns, they could no longer proceed with speedy mass evictions.

The monitoring reports confirm the findings of the 2018 Fundamental Rights Agency (FRA) report that there has been no improvement in housing conditions for Roma between 2011 and 2016: one third of the Roma surveyed continue to live in housing that has no tap water inside the house; 38 per cent do not have a toilet, shower or bathroom inside their home. Of particular concern is the fact that in Bulgaria, the Czech Republic, France, Ireland, Italy, Romania and Slovakia, many local authorities still favour demolitions and mass evictions, without providing adequate alternative accommodation for those evicted, in defiance of domestic and international law.

The monitoring reports point to a worrying increase in anti-Roma hate speech online and offline, stereotyped and often racist reporting in mainstream broadcast and print media, and frequent resort to inflammatory anti-Roma rhetoric by elected politicians from government and opposition parties in many member states, most notably Bulgaria and Italy.

One thing remains clear: the recognition of antigypsyism as a specific form of racism evident in recent European Parliament resolutions and Commission communications, has not translated into comprehension at national levels that antigypsyism is inherently a problem of the majority society; that this racism is deeply embedded in state structures, and is not the consequence of the living conditions, nor is it the outcome of difficulties with coexistence between Roma and non-Roma.

If inclusion strategies are to have any impact in a post-2020 scenario, EU Member States need to heed the call from the FRA to develop concrete measures to tackle hate crime and hate speech motivated by antigypsyism to ensure that Roma can benefit from the protection of the law; and that inclusion strategies should also “complement law enforcement with deliberate efforts to dismantle the social construct of the “Gypsy” and the association of Roma with marginalization.”