In a year when a Bulgarian fascist with a conviction for anti-Roma hate speech gets to be Deputy Prime Minister and runs the national council for the integration of minorities; and Italy’s nasty nativist Salvini ups the ante by calling for a Roma census, promises ethnic cleansing ‘piazza by piazza’, and expresses regret that he can’t expel Italian Roma from Italy, more bad news about antigypsyism shouldn’t come as a surprise. 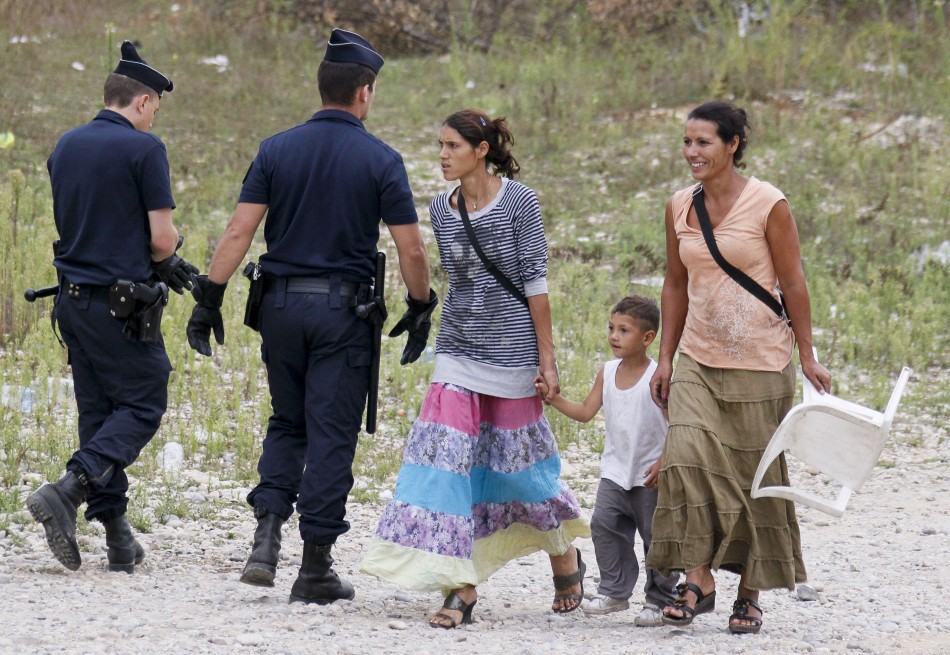 But it should be a cause for alarm. In its latest annual report ECRI spoke of an unrelenting rise in xenophobic populism, resentment, hate speech in Europe in 2017, where “Roma and Travelers have remained largely socially excluded; the access of Roma girls and women to their basic rights, in particular education, was still inadequate.”

FRA Director Michael O’Flaherty pulled no punches at the launch of the report ‘A persisting concern: anti-Gypsyism as a barrier to Roma inclusion’ in April this year:

“Anti-Gypsyism, from discrimination to hate crime, fuels the vicious cycle of Roma exclusion. It leaves them as societal outcasts and treated in a stereotypical manner that is intolerable. We need to break this vicious cycle. So why not start with the obvious – ensuring that each and every Roma enjoys the same opportunities as other EU citizens?”

Why not indeed? The findings of the Civil Monitor will not surprise anybody who is awake, but there is much cause for concern. Because, as we get near the 2020 point of the ‘EU Framework for National Roma Integration Strategies up to 2020’, one thing is clear from this measured and painstakingly objective Roma Civil Monitor report – things are taking a turn for the worse for Europe’s Roma.

This Roma Civil Monitor synthesis report covers five EU countries with the largest Roma populations. The reports focus on governance, discrimination and antigypsyism, or as they say in Eurowaffle, “the structural and horizontal preconditions for successful implementation of the strategy”. This is part of a much wider project that involves more than 90 NGOs and experts from 27 Member States.1   The ERRC is one of the coordinating partners and our focus is on discrimination. Here are some of the main findings:

The report confirms that discrimination against Roma remains widespread and goes effectively unchallenged. The main causes identified include: low independence, few resources and limited mandates of the official bodies responsible for combating discrimination; a low level of rights awareness among many marginalised Roma communities, and a widespread and well-founded scepticism concerning enforcement of justice.

The reports confirm that Roma children are still denied access to quality, integrated education. Separate facilities are still being built with public funds and existing opportunities for active desegregation are not used. European court judgments and infringement procedures against three Member States seem to have had little discernible impact on school segregation so far.

There is no evidence of actual or intended policy interventions to overcome residential segregation, and some countries are even witnessing a growth in the number and size of localities with concentrated, socially-excluded populations, often in appalling conditions lacking basic infrastructure and access to basic public services.

The disparities in living conditions remain stark across all five countries. While the situation varies from country to country, many local authorities still favour demolitions and mass evictions, actions that flout treaty obligations and ignore winter moratoriums. The authorities do not offer the people affected any consultation, information, reasonable notice or access to legal aid, and most egregiously, they do not provide adequate alternative accommodation.

In all five countries, Roma experience ethnic profiling, stop-and-search, and encounters with police officers that do nothing to foster trust in law enforcement. A lack of accountability verging on impunity in some countries means that police officers often resort to the deployment of excessive force and remain cavalier about the human rights and dignity of Roma detainees.

Slovakia is particularly worrying as the report notes the frequent incidents of police brutality against Roma and police raids against whole Roma settlements are not properly investigated by any independent body. In a case following extreme police violence against Roma in the town of Moldava and Bodvou, the Roma victims who testified as witnesses were subsequently charged with perjury. The investigator relied on an expert report that suggested that the victims’ collective mentality, labelled as their “mentalica Romica” (sic!) is characterised by “low trustworthiness, a propensity to lie and emotional instability”.

A number of Hungarian NGOs reported on police practices of fining Roma for petty offences in numerous settlements, mainly in the Northeast of the country. One study demonstrated that 97% of people fined for bicycle-related offences were Roma. Residents of Roma settlements were fined so frequently that the amount of fines due was more than their income; researchers spoke to several Roma who served prison time because of their inability to pay the fines.

The Hungarian Police have been found wanting in their obligation to serve and protect Roma citizens who have been under siege from right-wing extremists. The ECtRH found in January 2017 that the Hungarian State violated Article 8 of the Convention in the wake of violent incidents in the village of Devecser during an anti-Roma demonstration attended by nine far-right groups and members of Jobbik.

In line with the experience in other countries, courts often neglect the issue of racist motivation in cases of vandalism or violence committed against Roma by racists and members of extremist organisations. Perpetrators often face lesser charges and get lighter sentences that have no dissuasive effect.

1. The pilot project is carried out for the European Commission, DG Justice and Consumers. It is coordinated by the Center for Policy Studies of the Central European University (CEU CPS), in partnership with the European Roma Grassroots Organisations Network (ERGO Network), the European Roma Rights Centre (ERRC), the Fundación Secretariado Gitano (FSG) and the Roma Education Fund (REF) and implemented with around 90 NGOs and experts from up to 27 Member States.