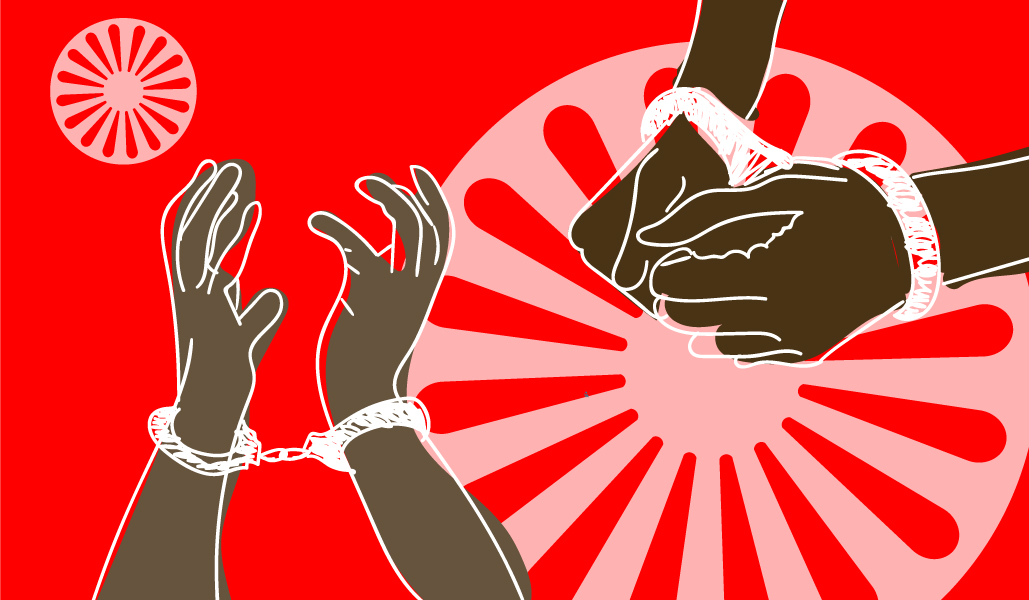 A Romani man and his son will face trial on Tuesday 17th January in a Turkish criminal court. Their crime? They were brave enough to file a complaint against four police officers who racially abused, beat, and tortured them for hours in a police station in the Ataşehir neighbourhood of Istanbul on 31st May 2022.

Harassment at a wedding

Resül Bayır, aged 43, and his son Hüseyin, aged 25, were at a family friend’s wedding in Ataşehir’s Mustafa Kemal neighbourhood along with Resül‘s parents on 31st May last year. Sometime around 7:00 pm, police officers on duty in the area arrived at the street where the wedding party was taking place. They said they had received a complaint and that the wedding must finish right away. One of the officers was known to the community and had caused problems for people in the neighbourhood before. He knew Resül by name so came to him directly and ordered him to stop the wedding party. Resül told him that he was just a guest at the wedding, he was not in charge, and that they needed to speak to the host. The police officers said that they would leave, but that he had one hour to call off the wedding. If they returned and it was continuing, they would hold Resül personally responsible and said to him “we’ll fuck your family.”  Resül and his family wanted to leave the wedding. They were bidding their relatives farewell when the police returned after around 30 minutes, this time in an armoured vehicle.

As Resül was accompanied by police to the station, his family followed in another vehicle. They assumed they would await his release after he had given a statement at the Ornek Şehit Hayrettin Yildirim Police Station. Resül was taken into custody at the station and described what happened to him on arrival:

“When I entered the garden of the police station on 3001 Street, Kenan had also entered the garden. His eyes were red, or he was drunk. I don't know… It wasn't hard to see that he wasn't acting normally. He hurled curses and insults at me, saying, 'Who are you? 'You will respect me!' He began to hit me. I was stunned by the hard punches in my face. While hitting me, he was shouting 'I am the God of this place!' While he was using violence against me, he said to his friend next to him, 'I will teach this gypsy who I am.'”

The police eventually agreed to let the family speak with Resül in the station, but after a short time threatened that if they didn’t leave the officer named Kenan would come and beat them.

Torture of Roma who ‘fell from the balcony’

When the police finally said he was free to go, Resül was afraid to leave. He thought that the police would kill him and say he was caught trying to escape. One police officer agreed to walk with him to the car to prove that they would not do this. He accompanied Resül for some of the way until the point where Hüseyin, who was waiting outside with the family, could see his father approaching them. Suddenly more than ten police officers ran after Resül. They caught him, pushed him to the ground and beat him. He says he was afraid that he would be shot. The officer named Kenan said to Resül “you blackie, I’ll show you! You bastard, you son of a bitch, you fucking Gypsy breed, you will have it!”  The officers proceeded to beat the rest of the family, including Resül’s elderly father, Yaşar, whose arm was broken.

Resül was handcuffed and, together with his son, kept until morning in the station and tortured all night. Resül was forced to lie face down on the floor while officers tortured him for hours. Hüseyin was also subjected to torture, had his eye socket fractured, and was left with bruises and cuts all over his body. Resül said that he prayed for God to either save him or kill him, to escape the treatment he was subjected to.

“They laid me on the ground before I could understand what had happened. They went on. My son, my mother, and father intervened. They beat my mother. They broke my father's arm. My son's eyebrow popped. Kenan kept swearing at the other policemen, 'You will say they were running away!’ Another policeman came, I thought he was the chief, because other policemen called him 'my superior'... The person I thought was the chief said – 'Did these fall off the balcony?' He was mocking us. Kenan was saying, 'Yes, this is him, boss, and his son fell from the balcony'. Then they threatened us, 'If you do something about us beating you, we will kill you. We will write [a statement], and you and your son will sign it.’”

Seeking Justice is Not a Crime

In the morning, the two men went to the hospital where they complained of what happened and obtained medical certificates. Later, with the support of Romani Godi and the European Roma Rights Centre (ERRC), they filed criminal complaints against four police officers for Misconduct, Defamation, Actual Bodily Harm, and Torture. The police responded by stating that Resül had suffered his injuries during an attempt to escape police custody.

The public prosecutor dismissed his complaint, although another complaint of Hüseyin’s remains under investigation. Resül and Hüseyin were both charged with Defamation for comments made towards officers at the wedding and the station, and Resistance and Obstruction of Performance of Duty for allegedly attempting to escape police custody.

Resül still has problems with his ears after being kicked in the head by the police. He is undergoing rehabilitation with an NGO appointed by Romani Godi. Meanwhile, the trial is set for 09:55 am at the Istanbul Anadolu 31st Criminal Court of First Instance. Romani Godi and the ERRC have appealed for a strong presence at the hearing from human rights activists and international embassy staff to provide support to the family and hold authorities to account.

The ERRC’s Human Rights Monitor for Turkey and founder of Romani Godi, Serkan Baysak, said: “This case is important because many similar cases happen in Turkey, but normally they are not visible. If we get a fair decision from this case – it will be encouragement for all Roma facing hate attacks in the country. It would send a message that they can fight for justice. We should encourage all people when they are faced with antigypsyism, with hate crimes – that they can go to court and fight for their rights.”