Romani children in state care and other abuses of the fundamental right to a safe, happy and healthy childhood 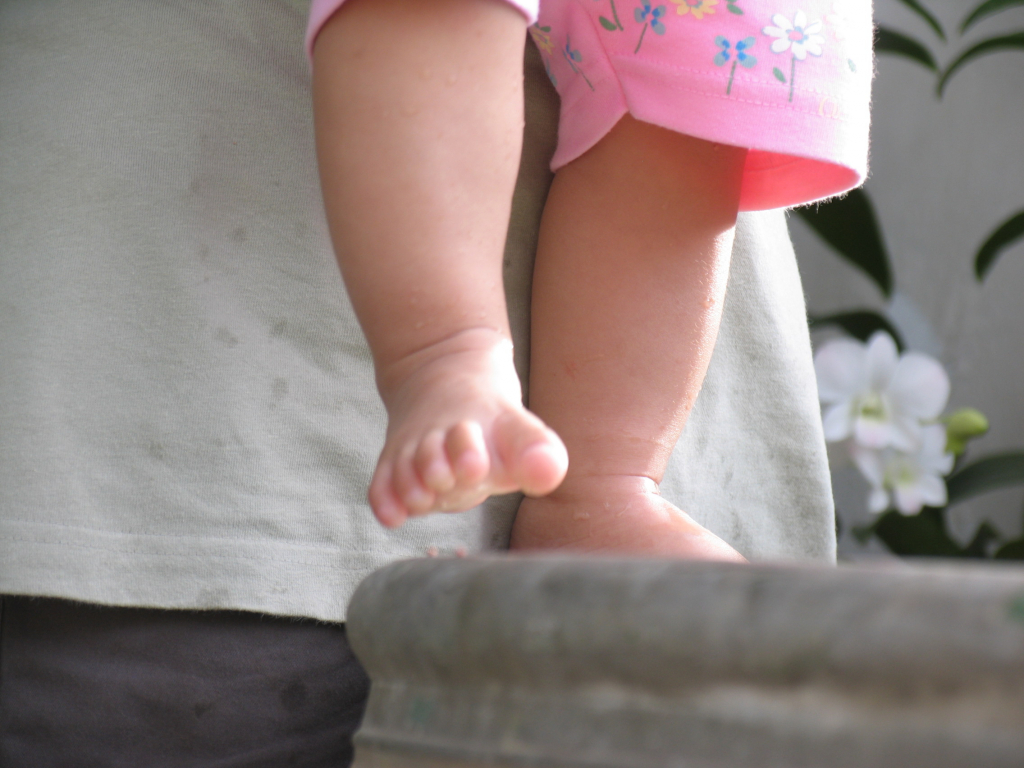 “A new model of child protection is required that explicitly acknowledges antigypsyism as the core barrier to realisation of Romani children’s rights, and that emphasises the primary responsibility of child protection agencies to support families to keep children in their home environment.”

In this ‘long read’, renowned child rights expert Kevin Byrne reflects on the significance of ERRC’s recent victory in a Budapest court concerning Romani children in state care, posits a way forward, and calls for action to support the basic and inalienable right of all Romani children to a safe, happy and healthy childhood.

The recent ruling by the Metropolitan Court in Budapest that the Ministry of Human Capacities had violated the right to equal treatment for Romani children who had been taken from their families due to their financial situation, is a big step forward for Roma children’s rights. The judgment that families were discriminated against on the grounds of socio-economic status, poverty and their Romani ethnicity, sadly reflects a Europe-wide situation.

Most often, the trigger for placement of Roma children in institutions is family poverty; inadequate housing; or non-attendance at school. Studies on trafficking and child-begging likewise blame Roma children’s disproportionate appearance in these high-risk categories on family poverty, social exclusion and discrimination.

Thirty years after ratification of the UN Convention on the Rights of the Child (hereafter the Convention), governments in one of the world’s most advanced regions have failed to eliminate the complex web of socioeconomic factors that puts 4.5 million Romani children at risk of abuse and exploitation. But the greater failure is the widespread abuse of national child protection frameworks to perpetuate the structural discrimination and social exclusion that undermines Roma families’ capacity to care for their children, in flagrant violation of the Convention’s principles.

Access to child protection services is an inherent right of every child and is as vital to Roma children’s welfare and development as access to health, education or housing, especially considering their particular vulnerability due to poverty, exclusion and discrimination. This is a fundamental right guaranteed under Article 19 of the Convention, which takes precedence over national law in every European State. Governments have this duty to all children on their territory, at all times, regardless of their ethnicity, legal or migration status.

But protecting the child should not be synonymous with removal from their family, particularly given the substantial body of research that evidences the damage that children can suffer in institutional care. The Convention clearly states that “… the child, for the full and harmonious development of his or her personality, should grow up in a family environment, in an atmosphere of happiness, love and understanding” and it stipulates States’ responsibilities to “render appropriate assistance to parents and legal guardians in the performance of their child-rearing responsibilities...” Most national governments have developed a range of options to support families facing financial and practical difficulties. The question arises why these options are not more often made available to Romani families, rather than placing their child in institutional care, which is universally acknowledged to be the least desirable outcome.

While some child protection authorities may have developed equitable and effective measures to support Romani children, research indicates that institutional bias, combined with a limited understanding of Romani family life, has more often led to confused responses by child protection agencies, and even active complicity with actions that were clearly not in the best interests of the children concerned. Strengthening child protection generally involves building on communities’ own informal protection mechanisms but little has been done to establish what these are for Romani children.

Professionals’ ignorance of Romani communities’ own child protection and support mechanisms may explain, but not excuse, the lack of positive models of Roma-led child protection initiatives and the widespread acceptance of institutional care as the ‘default’ social work response to Romani families in difficulty. The skewed impact of institutional discrimination and negative perceptions of Roma by professionals does not seem to be sufficiently acknowledged within child rights discourse. The Swedish Government’s White Paper on rights violations against Roma starkly illustrates a dark history of child protection authorities misusing alleged ‘concerns’ for Roma and Traveller children as a form of social control in the twentieth century, and the Roma Civil Monitor reports indicate that this still occurs in European States.

The root causes of the justified mistrust by many Romani parents in social workers will have to be openly acknowledged and addressed before there can be any progress in improving Roma children’s welfare. Far too many child protection agencies have colluded with provision of institution-based protection services to Roma families that fall far short of their entitlements under the Convention. Taking children away from their families is the preferred option, rather than taking the more difficult route of supporting Roma families to access the full range of services they need, which is the option more genuinely ‘in the child’s best interest.’ A new model of child protection is required that explicitly acknowledges antigypsyism as the core barrier to realisation of Romani children’s rights, and that emphasises the primary responsibility of child protection agencies to provide practical support to communities and families to keep children in their home environment.

Thousands of children have suffered over the past decades because child protection for Romani children has fallen between the two stools of Roma inclusion and child protection, with neither sector taking an institutional lead in promoting Roma child rights, and no agreed framework within which to work together. This has led to a sporadic, scattered, project-based approach to Roma child-protection issues with insufficient impact to sustain the kind of long-term, consistent and coherent advocacy required at national and European level to achieve positive change in this area.

Despite its more child-centred approach, the EU Roma strategic framework for equality, inclusion and participation 2020 - 2030 has still not accepted social welfare or child protection as thematic areas. There is therefore a risk that children’s issues will remain under-represented as they did in the previous national integration strategies, and governments will continue to consider Roma children’s issues solely in relation to education.

The EU Strategy on the Rights of the Child, adopted in March 2021, together with the European Child Guarantee, will probably act as the primary European framework for policy and practice initiatives to protect Romani children and to help them fulfil their rights. The Child Guarantee provides a good framework for action on Romani children’s rights, provided that the strategies developed within it recognise that structural discrimination is the core factor in Roma child poverty.

At present, the Guarantee framework posits that a combination of interlinked problems like unemployment, poor skills, low incomes, poor housing, high-crime environments, bad health and family breakdown leads to entrenched social exclusion. Designing successful strategies to improve Roma child welfare requires explicit recognition that for Romani families this cycle of deprivation works in reverse – extreme social exclusion due to negative social attitudes and structural discrimination lead to unemployment, poor skills, low income, bad health and family breakdown. So, a different set of targeted interventions may be required for Roma families or interventions may need to be applied differently or at different stages of the cycle.

Whatever framework is chosen, addressing the massive ongoing violations of Roma children’s rights in Europe requires a critical realignment of the current child protection model. There needs to be a shift towards a stronger anti-discrimination model of work that challenges social institutions’ current working practices and approaches and seeks adaptation and realignment of their policies and practices to enable them to meet their responsibilities to Roma families. It will need to prioritise working with Roma communities to challenge the institutional racism and discriminatory practices that continue to deny Roma children their rights.

More than any other vulnerable child population, there is a wide knowledge gap between Roma and social service personnel, due in large part to unawareness of any alternative, Roma-led positive narrative of Roma family life. This needs to be addressed quickly, together with a swing by child-rights researchers to more Roma-led assessments giving voice to Romani families’ experiences of school, care and health systems; their analyses of the structural barriers to their children’s full development; and their practical suggestions on how to address them. There is also an urgent need to undertake a Europe-wide review of national family welfare and child protection systems as they relate to Romani children, preferably supplemented by a comprehensive examination of grass-roots child protection mechanisms in Roma communities.

Above all, some common point of reference and support is needed to ensure that Romani children and parents are heard within their own communities and countries, and at the highest level of European policy making. These have been the shadow stakeholders for three decades – their voices need to be at the centre of the next phase of work that will hopefully see a genuine movement of Romani children, parents and communities united with other stakeholders to achieve equal rights for every Romani child in every European country by 2030.  This will require a substantial increase in public, political and practical support for them; strong, vocal and visible leadership on issues concerning Romani children; and increased levels of cooperation between the child rights and Roma rights sectors.

At present, with some notable exceptions, child-rights and Roma inclusion actors work sporadically, and in separate silos, towards the common goal of a better life for Romani children. Neither sector connects consistently, coherently or sufficiently with the other.  This is neither effective, cost-efficient or in the best interests of Roma children. Roma rights and child rights are two sides of the same coin, and one cannot be achieved without the other. At present, Romani children’s rights are everybody’s concern but no one body’s responsibility. There is not one single European network dedicated solely to achieve them.

Expanding advocacy around Romani children’s rights, and particularly accessing resources for their benefit, will require practitioners in all sectors to get outside their current comfort zones and engage in dialogue, learning and active cooperation across sectors. For there is no choice. The Metropolitan Court ruling in Budapest illustrates simply and starkly just one of the vast number of injustices that tens of thousands of Romani children have to endure daily. No child anywhere on the European continent should have to endure unnecessary separation from their family and civilised nations should be responding to the judgement now by taking measures to ensure that current inappropriate placements are redressed, and future placements are avoided. But no European child should ever have to endure the poverty, deprivation, prejudice and discrimination that Romani children face, and all of us should raise our voices in support of their basic and inalienable right to a safe, happy and healthy childhood.

Note on the author: Kevin Byrne is an Independent Expert on Child Rights and Child Protection for the European Commission, , and was a policy expert for UNICEF on children and migration. He is an independent consultant to national governments, civil society, UN bodies and international agencies. During his 20 years with Save the Children, Kevin also served as country director for Yugoslavia, Lesotho, Southern Africa and Indonesia He is the co-author with Judit Szira of Mapping Research on Roma Children in the European Union 2014-2017 and more recently completed Living Conditions for Roma Children and their Families in Europe 2000-2020, which is awaiting publication.