Romani Communities and the Promise of a New Social Europe 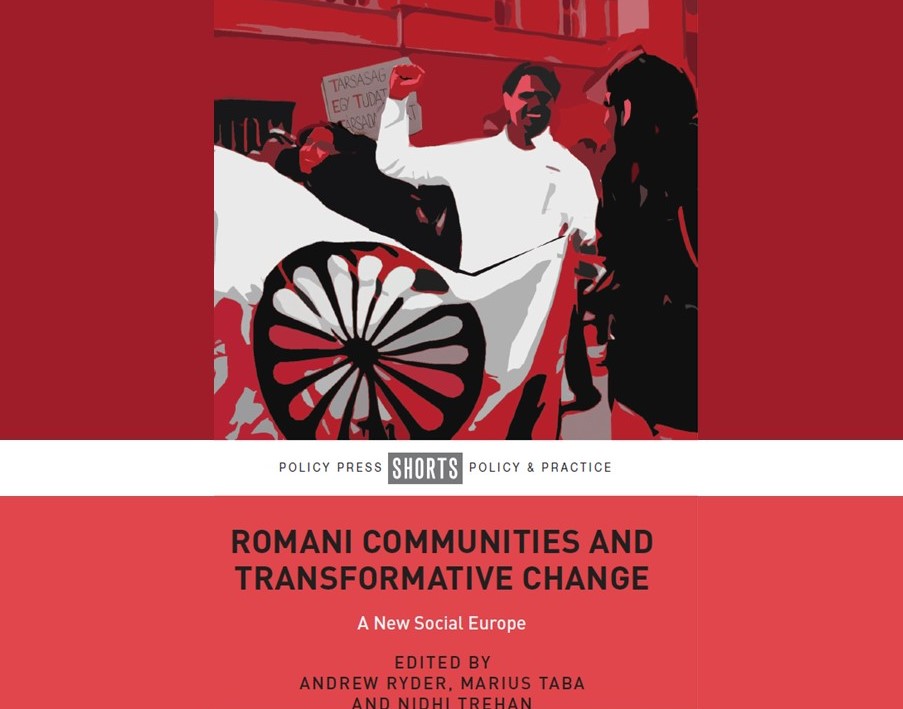 The financial crisis of 2008 is now remembered as a distinct rupture in the neo-liberal global economic order, a point of turbulence and dislocation not only of economic structures, but within the fields of politics and culture as well.

More than ten years after the financial crisis the consequences and the damaging inequities that were aggravated and stemmed from that crisis have yet to be resolved within Romani communities, certainly. Reports from the EU Fundamental Rights Agency (FRA) in the wake of the financial crisis revealed the catastrophic extent of exclusion suffered by European Roma. In an extensive survey covering eleven EU member states, the FRA noted that unemployment rates for Roma were three times higher than that of the general population.  Roma are also disproportionately burdened by chronic but preventable diseases, often left out from prevention programmes, and marginalized within healthcare systems; moreover, their life expectancy and health status remain significantly lower than for their non-Romani counterparts in all European countries. In the autumn of 2020, the precarity and marginality that many Roma find themselves trapped in has been further accentuated by the Covid-19 pandemic.

Our book Romani Communities and Transformative Change: A New Social Europe seeks to highlight not only the root causes of Romani exclusion in this time of profound chaos and instability, but also offer solutions by way of policies informed and vested in a new Social Europe. Although rarely discussed today, 'Social Europe' was a visionary concept in the 1970s and 1980s, promoted by Social Democratic/Left voices in Western Europe who sought to achieve a form of democratic socialism in Europe via the European Economic Community (the predecessor of the EU).

The concept of Social Europe centred on wealth redistribution; social and economic planning; economic democratization; improved working and living conditions; sensible regulation and control of economic forces; a guarantee of the right to work; the upward harmonization of European social regimes; and access to social protections for all. Furthermore, it incorporates environmental concerns and has sought to extend the democratization of the European Community's institutions, and to empower the EC in the social field. For some, it is a 'civilizational project' based on Enlightenment values promoting forms of solidarity and cosmopolitanism.

In our policy short, a range of leading critical thinkers and activists within the Romani social movement advocate a robust revival of the concept of Social Europe, but also offer an updated interpretation by stressing the value of participatory decision-making, a renewed civil society and a balanced and open public sphere (the arena of public debate). Central to this discussion is a call for intersectional, strategic alliances to be made between a range of minority and marginalised groups to promote forms of solidarity and campaign and policy agendas centred on economic, racial, gender and sexual justice.

Another key message of the book is that the consequences of the US presidential election could have major consequences for Romani peoples and other marginalized groups in Europe. Nationalism has been the dominant ideology of the modern age, being based on a notion of popular sovereignty that sees the people (often defined as one particular dominant ethnic group) as coterminous with the nation and as a bounded and congruent entity. The Roma are often viewed as outside the boundary of 'insiders'. The instability of nationalism and its ability to morph into extremes is evident with the rise of its shrill off-shoot: authoritarian populism. Authoritarian populism has encouraged a form of 'emergency politics' where often charismatic and 'strong' personalities, largely men, offer simplistic analyses and solutions to the ills of the world, centred on attacks on liberal democracy and multiculturalism, and usually involving scapegoating minority groups like the Roma, who become 'folk devils'. Romani communities, already racialized, are now being increasingly securitized and attacked through anti-Roma racism, referred to as 'antigypsyism'. Roma are increasingly perceived as a risk and danger to society, with accusations of anti-social behaviour, welfare dependency and spatial encroachment through migration. Such accusations are evident in the media and authoritarian populist rhetoric, which is increasingly sensationalized and emotive. In a 'post-truth' age, scant attention is given to balance and accuracy; instead, emotion and accusation appear to be at a premium in the public sphere. In sharp contrast to German Chancellor Angela Merkel's adherence to sensible, scientific policies in Europe, across the pond, President Trump has been an exemplar of authoritarian populism. If his efforts to inject cultural and racial tensions into the US election translate into electoral success, there could be consequences for minorities like the Roma as European populists and nationalists will be emboldened to emulate the words, strategy and actions of Trump. His electoral defeat, though, could be the turning point.

A central part of any turning point though needs to be action within the European Union. In July 2020, there was a glimmer of hope for a New Social Europe as an EU summit was held to finalize the details of an economic rescue package to prevent what appeared to be the worst economic crisis since the Great Depression of the 1930s, a threat that loomed large as a consequence of the COVID-19 pandemic. Divisions were evident between member states with a conservative economic tradition of being opposed to securing credit for economic stimulus - those termed 'frugals' - as opposed to those states more willing to used credit during economic crisis to 'prime the pump', restart the economy, who can be termed as 'the primers'. The finalised deal involves a €750 billion package and involves significant financial transfers from the richest countries to the weakest. For the first time, as a result of a Franco-German joint initiative, the European Commission will be allowed to borrow large sums on international money markets. This fundamentally changes the scope of the organization. No longer will it depend entirely on funds transferred from member states. What is also significant is that Germany, normally allied with the 'frugals', backed the 'primers' this time. Sceptics argue the recovery fund is a distraction from the elephant in the room - massive austerity - and claim the proposed fund is insufficient to deal with the impending economic tsunami. Only time will tell whether the rescue package is effective and if there has been a paradigm shift within Europe.

The contributors to this book, a majority of whom are Roma, support such a shift and suggest that it might - if combined with the robust application of the recently unveiled strategic framework for the equality, inclusion and participation of Roma in EU - bring about meaningful change. One of the book's contributors, Romeo Franz, a German MEP with the Greens/European Free Alliance group, has been at the forefront of efforts to envision bolder and more substantive policies for the European Roma. His July 2020 statement in the European Parliament in support of bolder measures to assist the Roma have great relevance to the vision of a new Social Europe "I am a Sinto, the son of a Holocaust survivor who lost six aunts and uncles in the Holocaust. I know how racism feels and I don't want anyone to endure what my people and I have to endure on a daily basis... We not only have COVID- 19 in Europe, but a pandemic that is older and even more dangerous –RACISM! Are we finally prepared to confront this reality and correct this injustice?"