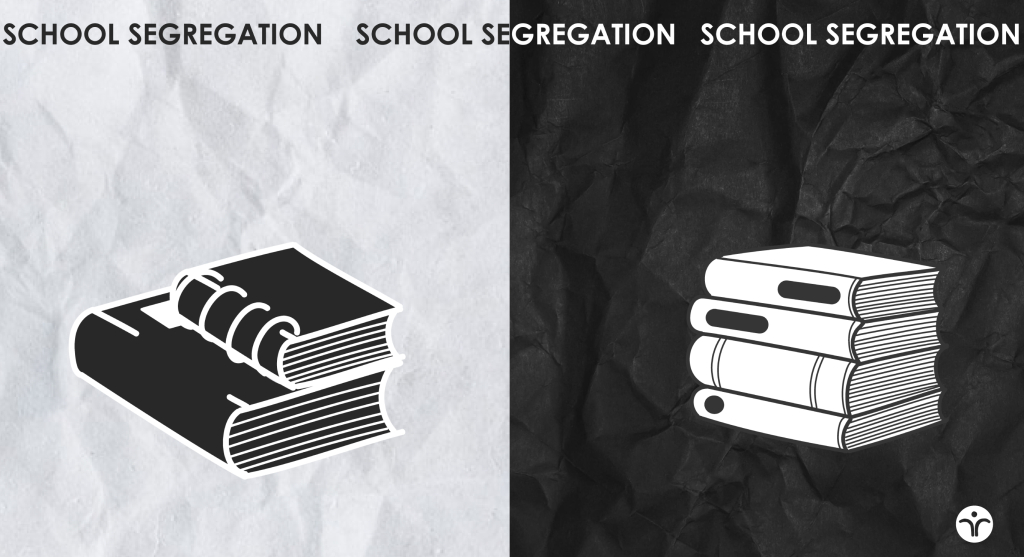 For the first time ever, in the 2021/2022 school year, every single child enrolled in the first grade of the Gjorgji Sugrev primary school was of Romani ethnicity. The school is located in a neighbourhood with a large Romani population, and in recent years the number of non-Roma in the school had been dropping year-on-year. Now, with all 77 first graders coming from a Romani family, their parents have had enough and are standing up for their rights and for an end to segregation.

The ERRC first paid a visit to the Romani community of Bair in Bitola, in the southwestern of North Macedonia, in the spring of 2017. The purpose was to confirm the findings of joint research carried out with the Institute for Human Rights on the segregation of Romani children in some of the elementary schools in the area. The research mostly focused on five primary schools in five different municipalities where segregation of Romani schoolchildren was considered to be particularly high. According to the research results, the causes of segregation in these schools vary; sometimes it exists as a result of antigypsyism and overall stereotypes about Roma in society, and in other places because of systematic segregation by schools and local authorities. After meeting with Romani parents from Bair neighbourhood whose children were enrolled in one of the researched five schools, the Gjorgji Sugrev primary school, we found that this school is an example of the latter and came to an agreement with the parents to go to court to fight for their rights.

The long path to justice

The ERRC first filed a collective complaint on behalf of the parents before the Macedonian civil courts in 2017. This was at the time when the country still had its old anti-discrimination law which did allow the option of collective complaints, so it was rejected on procedural grounds. So the ERRC instead approached the Constitutional Court, which despite the disagreement of three of its judges, ruled that the school’s segregation practice was not discriminatory.

One of the dissenting judges was the President of the Constitutional Court, who noted that the segregation was a result of an illegal action consciously taken by the principals of the primary schools. The judge argued that school authorities had selectively applied certain provisions of the Law on Primary Education and the Regionalization Decisions, in order to accommodate the wishes of parents of Macedonian pupils. In other words, the school authorities actively allowed white parents to remove their children from the school and enrol them in different schools outside of their catchment area which had fewer Roma attending.

Based on this opinion, the ERRC brought the case before the European Court of Human Rights together alongside another case from another school from the municipality of Shtip.

While the parents awaited a court judgment, the segregation problem at Gjorgji Sugarev Primary School was only worsening. After receiving more and more complaints from Romani parents about discriminatory enrolment practices at the school, the ERRC submitted a Freedom of information request requesting the enrolment numbers for the school. According to the data received, the overrepresentation of Romani pupils has progressively increased and Roma-only classes continued to be formed in the school. In the 2020/2021 school year, 80 out of 93 children enrolled in the first grade were Romani. By the next school year, every single child enrolled in the first grade came from a Romani family. The numbers are alarming, and demonstrate that Gjorgji Sugarev Primary School is well on the way towards becoming an entirely segregated school.

White flight – where do the non-Romani students go to school?

For some time, parents of non-Romani students have been able to enrol their children in schools outside of their catchment area. This phenomenon is known as ‘white flight’.  It is not unique to Gjorgji Sugarev Primary School, or Bitola, or even North Macedonia. It is a process that happens throughout Europe, particularly when a school or an area’s Romani population reaches around 50% of the total. In Gjorgji Sugarev Primary School, when parents of Romani students tried to do the same as their White counterparts and move their child to a different school outside of their area, their attempts mostly failed. 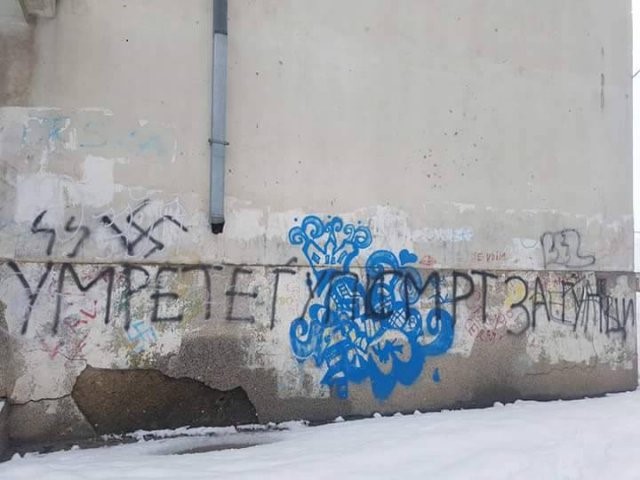 Racist graffiti was drawn on the school wall in January 2017 by unknown perpetrators. It says “death to gypsies” and includes a Nazi swastika and the symbol of the S.S (the Nazi paramilitary largely responsible for carrying out the Holocaust).

Complaint to the Equality Body – a stopgap while the Court deliberates

In response to worsening segregation, the European Roma Rights Centre filed a complaint against the school for discrimination resulting in school segregation before the Commission for Prevention and Protection against Discrimination in February 2022.

On April 19, 2022 the Commission issued an opinion finding the school policies were a form of indirect discrimination which causes segregation based on ethnicity, in contravention of the Law on Primary Education. This means that the segregation was not a direct policy, but a consequence of a policy which disproportionately affects Romani children. The Commission instructed the directors of the schools in the area to enrol only those children who administratively belong to the schools’ catchment area. The recommendation also includes instruction for the Ministry of Education and Science to set up stricter criteria for enrolment of a child in a region which is outside of their own. This is intended to reduce the outflow of children to other schools, which should reduce segregation.

In October 2022, the deadline is up for these measures to be implemented. It remains to be seen what measures the school will take (if any) to reduce segregation, as well as what the enrolment figures look like for the new school year which began in September 2022. Regardless of the outcome, the legal battle to desegregate this school will likely not end with the Equality Body. As the ERRC’s Legal Director, Senada Sali, puts it: “we will not stop our legal battle until authorities desegregate the school and provide a chance for Romani and non-Romani children from Bair to study together in an inclusive and ethnically diverse environment.” Until then, every segregated school year represents a failure on the part of the school, and a generation of children denied their rights to an equal, integrated education.

This article is a follow-up piece to Dismantling School Segregation in Bitola, Macedonia by Senada Sali.