Sinti Man Shot and Caravans Set on Fire in Italy 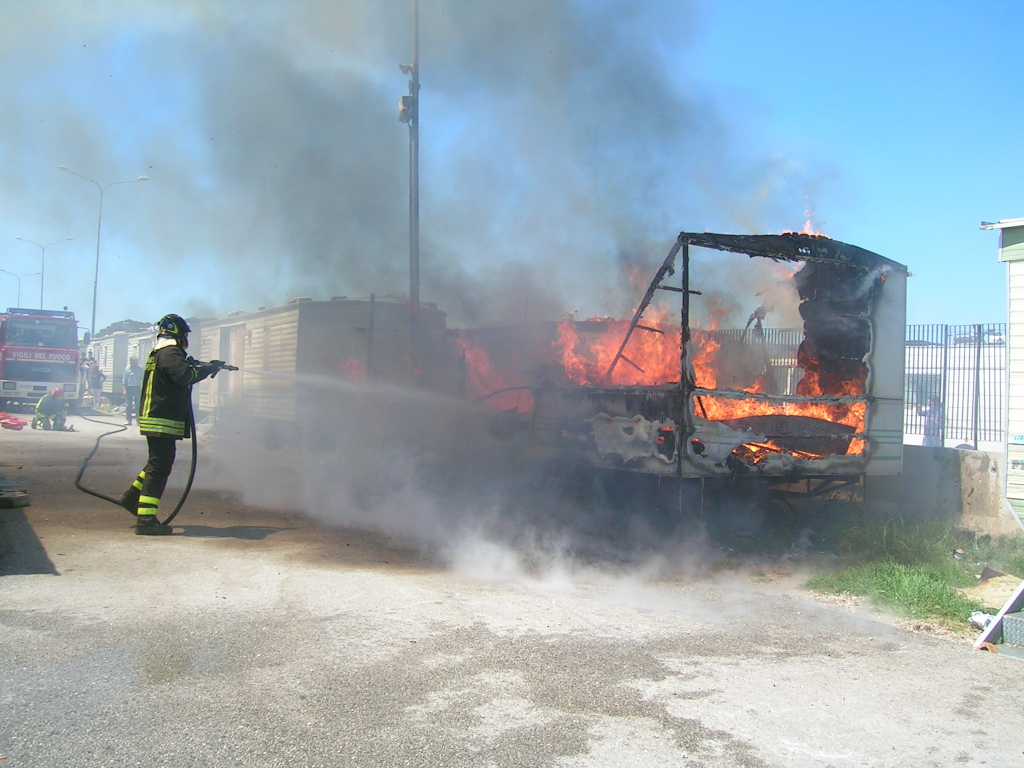 A 40-year-old Sinti man has been shot and two caravans destroyed by fire near the Northern Italian city of Brescia, in the early hours of the morning on 2nd January 2019. Petrol was poured around the caravans and set on fire by an unknown arsonist who then shot the Sinti man with a hunting rifle in the shoulder as he emerged from the flaming caravan. The wounded man is now in a serious condition at a hospital in Desenzano and the public prosecutor has opened an investigation.

The Sinti family had been staying on the side of a road on the edge of agricultural land in lonato, in the province of Brescia for about 2 months. Local residents had reportedly complained about the presence of the Sinti prior to the attack on 2nd January.

No one else from the family was injured but two of the caravans containing almost all of their belongings were completely destroyed. Graziella Vitali, a Roma activist based in Pavia, spoke with the sister of the wounded man who described the incident:

"It was late at night when it all happened. The first to wake me up was me, because of my brother's screams. I realized that things were burning. I had time to put out the flames that were spreading inside the van. The van was saved, it did not get burned. I was just in time.”

This is the second case in less than a year where caravans or trailers occupied by Roma have been set ablaze in the North of Italy. In May 2018, a campervan sleeping three adults and four children was set on fire and destroyed in Beinasco, near Turin. Fortunately, the people living in it managed to escape in time and no one was injured.

The recent arson near Brescia occured in the administrative region of Lombardi, the stronghold of Mateo Salvini’s anti-Roma and anti-migrant Lega party (formerly known as Lega Nord) who have called for a national census of Roma living in Italy.

The national police gendarmerie, the Carabinieri, are still investigating this most recent attack. The ERRC is monitoring the situation to ensure that any possible racial motivation for this attack is taken in to account. Local activists have organised for donations anyone wishes to contribute to help the family to be sent to the following account:

For any queries about financial contributions contact Dijana Pavlovic.