Ten years after the Roma killings in Hungary: there’s nothing ‘so-called’ about antigypsyism

Perhaps it is a measure of the heightened recognition of anti-Roma racism when a judgment in the European Court of Human Rights makes a reference to ‘so-called antigypsyism’. In November 2018, we remember the Roma victims of neo-Nazi terror in Hungary, murdered and maimed in a killing spree that spread fear and trauma among communities. Ten years on, when the Czech President can refer to Roma as work-shy ‘inadaptables’; when the Bulgarian Deputy Prime Minister is a far-right racist who previously likened Roma to ‘feral, human-like creatures’; and local authorities collude with fascist paramilitaries waging anti-Roma pogroms in Ukraine, we suggest there is nothing ‘so-called’ about antigypsyism.

Ten years ago, on November 3, in the village of Nagycsecs in northeastern Hungary, neo-Nazi terrorists firebombed Tibor Nagy’s house and shot at the family as they fled, killing his wife Éva and his brother Jozsef, and wounding Tibor. This double murder was the first in a series of deadly racist attacks between 2008 and 2009, which claimed the lives of six Roma, including five-year-old Robika Csorba. Over 50 others were wounded in the wave of far-right terror, which left the maimed and the bereaved severely traumatized. 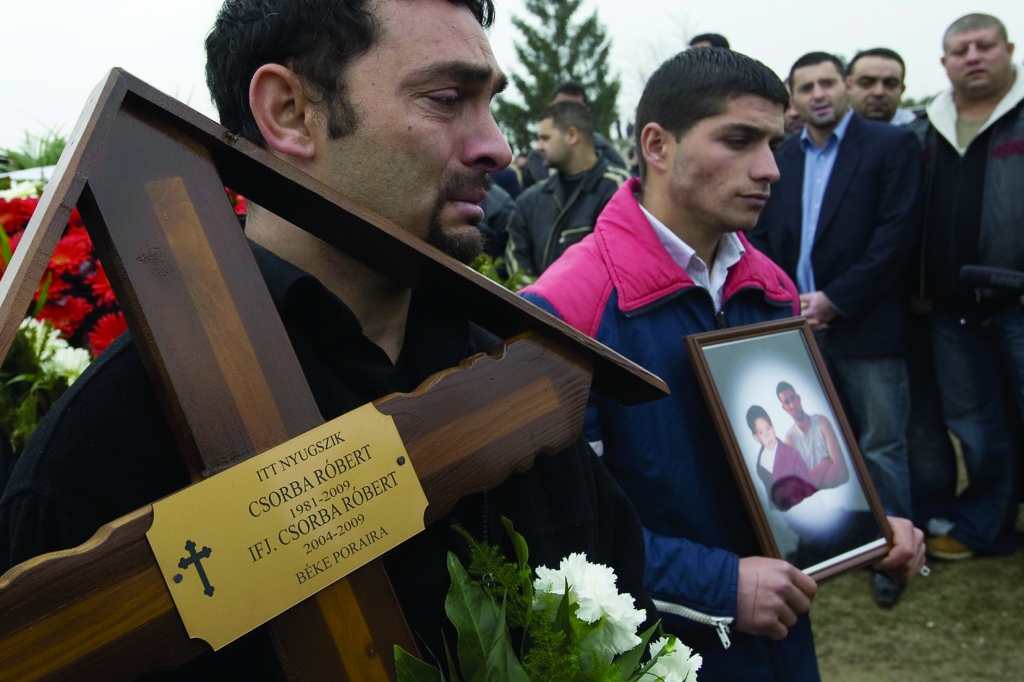 Following the arrests of the killers in 2009, Prime Minister Gordon Bajnai declaimed the lack of basic social solidarity among citizens – even in the face of young children being shot by neo-Nazis, there was a shocking deficit of empathy from much of the wider majority population towards the Roma victims. He cited the gun dealer who, when questioned by police whether he sold the type of ammunition used in the killings, replied that he had not - but had he known for what the ammunition was intended, he would have given it away for free.

In the ten years since Hungary’s atrocious killing spree, there have been too many incidents all over Europe of lethal summary justice, vigilante excesses and wanton bloody murder of Roma, which make a bloody mockery of National Integration Strategies and all the pious cant of social cohesion. While the details may differ from case to case, and the circumstances may be disputed, one common denominator is that Romani people continue to die at the hands of state and non-state actors within and beyond the European Union.

What remains especially troubling about the wider phenomenon of anti-Roma violence is the indifference and ambivalence of the majority towards the victims. Worse still, acts of violence often prompt open support from sections of the wider public for those who would mete out rough and ready “justice” and inflict collective punishment on Roma.

Such violence often occurs where local and national politicians speak openly of the need to deal with “gypsies,” and appear to condone violent excesses as “understandable.” One notorious example was in Italy in 2008, when in the aftermath of arson attacks on Roma camps, the Minister of Interior Roberto Maroni stated, “That is what happens when gypsies steal babies, or when Romanians commit sexual violence.” Minister Umberto Bossi’s reported response to the outbreaks of mob violence was that “people do what the state can’t manage.” Berlusconi declared a state of emergency in 2008, which heralded a prolonged period of stigmatization, harassment, expulsions, and mob violence against Roma.

Ten years after Bossi and Maroni’s active and fascistic celebration of anti-Roma mob violence, the new far right Minister of Interior Matteo Salvini has upped the ante and made antigypsyism a pillar of government policy. Salvini, who has praised Mussolini in the past and called for Roma camps to be razed, made clear his deep racist contempt when he told a TV interviewer “Irregular foreigners will be deported via agreements with other countries, but Italian Roma unfortunately, we have to keep them at home.”

Beyond the atrocities, it is the everyday racism, the routine segregation in schools, towns and villages; the policies that forcibly evict and push Roma beyond the city limits, out of sight and out of mind, that cultivates complete indifference to their privations and suffering, and nourishes the ‘last acceptable form of racism’ in Europe.

However, after decades of advocacy and demands that antigypsyism be recognized as a specific form of racism, finally it seems that intergovernmental bodies, international agencies, various vital organs of the European Union and even some national governments have taken heed. Back in 2011, ECRI provided a working definition:

“Anti-Gypsyism is an especially persistent, violent, recurrent and commonplace form of racism, an ideology founded on racial superiority, a form of dehumanisation and institutional racism nurtured by historical discrimination, which is expressed, among others, by violence, hate speech, exploitation, stigmatisation and the most blatant kind of discrimination.”

The European Parliament resolution on 15 April 2015 on antigypsyism in Europe was followed in June by statements from Vice-President Timmermans and Commissioner Jourová on the EU Framework, which explicitly called on member states to step up the fight against antigypsyism, segregation, and all forms of discrimination against Roma to promote full inclusion.

In June 2017, the Alliance against Antigypsyism produced a timely and important reference paper designed to broaden and complicate current understandings of antigypsyism. The paper called for recognition that this form of racism is deeply embedded in institutions, and insisted that this ‘socially acceptable’ form of racism is neither a product of poor living conditions nor ‘cultural differences’. They called the emphasis on promoting Roma integration to counter antigypsyism as a fallacy “that inverts cause and effect.”

The European Parliament resolution on fundamental rights and Roma integration adopted in October 2017 bore the distinct imprint of the Alliance. The resolution called on the EU, the European Commission and the Member States to take bold action against antigypsyism; and requested that FRA prepare a study of its impact. The 2018 FRA report, A persisting concern: anti-Gypsyism as a barrier to Roma inclusion with its wealth of concrete data and evidence included an impassioned call from Director Michael O’Flaherty to break the vicious cycle of Roma exclusion which is fueled by “the scourge of antigypsyism”, with many facing discrimination, harassment and hate crime because of their ethnic origin.

A focus on combating antigypsyism, marks a shift from the integrationist mindset, and puts the responsibility back where it belongs – with the state structures and institutions. A focus on antigypsyism holds the promise that fundamental rights, substantive equality and access to justice might prevail in the post-2020 Roma inclusion agenda.

As Romani Rose, chair of the Central Council of German Roma and Sinti, said “We must do our best to send the clear signal that we condemn antigypsyism just as we condemn anti-Semitism”. Rose insisted that confronting this form of racism, so deeply ingrained in European history, is a task for the entire society – if only Roma condemn antigypsyism, then it is like “screaming into the void”. This task remains just as urgent today as it was ten years ago – and towards this end, we would once again remind the esteemed justices in Strasbourg that there is nothing ‘so-called’ about antigypsyism.