The Roma and the Politics of Anxiety and Transformation 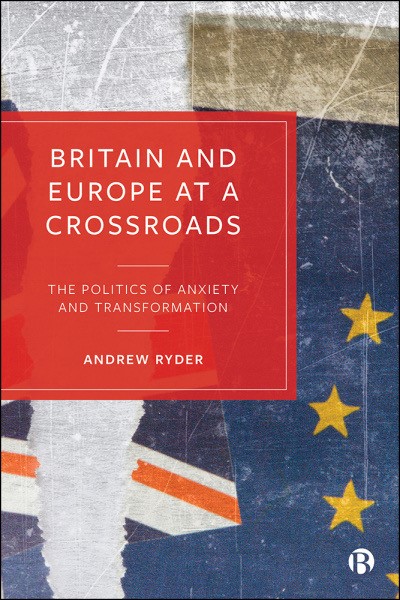 Since the early 1990s I have worked with Roma and Traveller communities as a teacher, researcher and campaigner, for the last decade I have sought to fuse all three roles in my work as an academic promoting critical research, activism and thought centred on social justice. For the past two years though I have been working intensively on my recently published book ‘Britain and Europe at a crossroads: The politics of anxiety and transformation’, although the book focuses on Brexit (Britain’s departure from the European Union) my work with Roma/Traveller communities led me to this venture. How?

My work with Roma/Traveller communities has given me insights into the politics of demagoguery. As an NGO worker for Roma/Traveller communities in Britain I was able to witness an intense tabloid press campaign that was organised against Roma/Traveller people. One of the most notable features of the media campaign was the series of articles the Sun newspaper published with the headline ‘Stamp on the Camps’, that was an attack on the roadside and unauthorised encampments some Travellers have had to resort to. This relentless stream of reporting made no reference to the national shortage of Traveller sites for caravans that has forced families to live in their caravans on the side of the road and be subject to a constant cycle of eviction.

In 2005, Michael Howard, leader of the Conservative Party, ran a highly populist electoral campaign which sought to surf the media demonization of Roma/Travellers and migrants. The Conservatives were advised in their campaign by Lynton Crosby, an Australian electoral strategist with a reputation for running divisive and controversial campaigns. Howard claimed that Travellers were unfairly benefitting from the Human Rights Act and a ‘rights culture’, which unfairly privileged minorities above the majority and offended the British sense of ‘fair play’.

The Traveller community was highly traumatised by the campaigning, I recall speaking to Traveller families and hearing accounts of an increase in bullying at school and a deep anxiety as to where this hate might lead. This incident seemed to present a turning point, showing that a mainstream party could play upon national identity and insecurity in a racialised context to mobilise support.
Such emotive and manipulative campaigning has become more evident in British politics. The development of this style of politics has held a deep fascination for me, having witnessed directly one of the first aberrations of such an approach in recent times, namely the 2005 Howard/tabloid campaign against Travellers.

The Brexit referendum with its populism, culture war and sheer demagoguery revived deep concerns and emotions I first felt in 2005. Increasingly my world, like that of many others seems to have been turned upside down through nationalist populism, irrationalism and xenophobia. I set out in part on the exercise of writing my book to try and make some sense of these events, but also to see if there was a means by which alternative routes to change could be found which avoid the dangers of overt intolerance and division.

The chaos and upheaval caused by Covid-19 and the economic downturn it has created has accentuated community tensions, particularly for the Roma. We have seen Roma demonised and labelled as primary carriers of the virus, leading to racist quarantining and even police brutality. The radical right in Europe may well increasingly imitate President Trump’s provocation of these tensions to mobilise nationalist and reactive support bases. We live in challenging and chaotic times, but sometimes out of something bad, good can emerge.

In my book, I argue that a renewed social contract is needed to ease the economic and social tensions that have fuelled anger and resentment. In the European Union that should take the form of a New Social Europe centred on pre-distribution, intervention and stimulus as part of an anti-austerity/Covid-19 reconstruction plan. For too long, the European Union has focused on the interests of the market to the neglect of the social, that balance needs to be addressed and may ultimately tempt British citizens to press for re-joining.

The ongoing discussion about how EU Roma policy should change is an important part of the debate on Social Europe. It is pleasing to note that Romeo Franz MEP, a member of the Roma community himself, is proposing a resolution to the Committee on Civil Liberties, Justice and Internal Affairs of the European Parliament, that demands national strategies for Roma in EU Member States to be binding, have proper budgetary resources, clear targets and proper recognition of antigypsyism. Thus, there is a chance for beneficial change; the strength and resilience of Roma/Traveller communities and other marginalised people makes me feel certain that a transformation can emerge out of this ‘perfect storm’ of chaos and anxiety.

*Andrew Ryder is an Associate Professor at the Corvinus University Budapest. His latest book: Britain and Europe at a crossroads: The politics of anxiety and transformation – is now available here.