ERRC Opinions: The Roma Movement in the 2020's 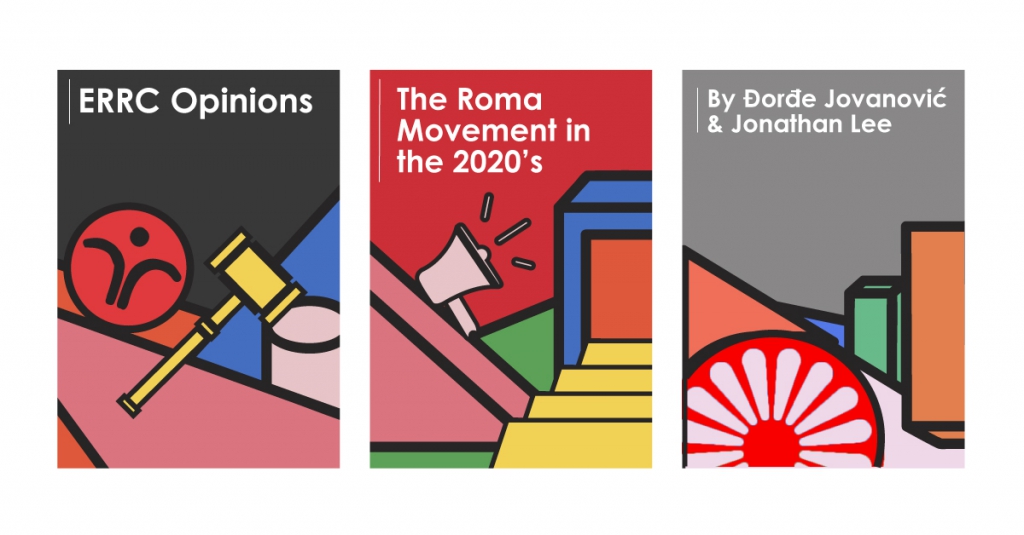 You often hear mentioned, at international conferences as well as local community meetings, people bemoaning the demise of “the Roma Movement”. Others can be found rallying around its apparent resilience as a stalwart international brotherhood, a movement of Romanipe (Romani-ness) which extends across Europe and around the world. If you talk to anyone at all about the Roma movement it fast becomes clear that it means very many different things to very many different people.

First at all, in answer to the common question “does the Roma movement exist?” - of course it exists – it has always existed. We have always had leaders, structures, and goals otherwise we could not have survived, especially in such a hostile environment. In the last century, our movement has gained more of an official structure and received more recognition compared to any other point in our history. Nowadays thousands of Roma and non-Roma give hour upon hour, paid or volunteered, working towards bettering the emancipation of Roma in the countries where they live.

We know that for outsiders we all look just the same, like some monolithic Roma social movement, but in fact there is huge diversity. We  may all want roughly the same thing but we often envisage very different paths to be the best way of getting there. There is a common prejudice against the Roma movement from conservatives and traditionalists who see it as being Liberal and Left-wing, but this is not the complete picture. The same as any other group of people, we come in many different stripes. We have lefties, conservatives, centrists and even ethnic nationalists. We have queers and straights, integrationists and isolationists, and all the diversity that any society or movement would be expected to contain. The idea that we all see so-called Roma integration the same way is simple ignorance or worse – discrimination - that paints us all as the same. This is why it is perfectly understandable why there would be Romani members of non-Roma right wing parties who would, for example, support ethnic segregation of Roma in the schools even though we all know that this is unlawful discrimination.

Another criticism levied at the Roma movement is its lack of transparency and democratic accountability. It is true. The Roma movement is not democratic, but why should it be? There is no institution which can claim to represent the will of an entire ethnic group, nor should one. It’s weird. Imagine for a moment there was a President of the African Rights Movement, a person who claimed to represent the mass of activism, charity work, development initiatives, and community building which contributed to the overall betterment of all people of African descent - from Johannesburg to London, Rio de Janeiro to Harlem, Sydney to Kingston. It’s ridiculous precisely because of the huge diversity within an ethnic group of this scale. The same is true of the Roma, who live in virtually every country, on every habitable continent in this world. The people and groups who make up the Roma movement are employees, volunteers, religious leaders, councillors, elected, unelected, and sometimes even self-elected. The Roma movement is, and always has been, representative of Roma in general in that we are from many different places, speak many different languages, and have different customs and traditions. We are united by our shared ancestry, by our shared persecution, and our shared drive to improve the lives of our communities.

The Roma movement as we know it today came out of the ruins of the Second World War, and was cemented on April 8th 1971 in London with the first World Romani Congress. It was here that our flag, our anthem, and a non-territorial Roma nation was declared by 23 representatives of nine nations. However, this never truly represented all Roma; Roma Nationalism in itself cannot represent all Roma because the majority of Roma have no conception of it. The same could be said of integrationist thinking, which many would label as assimilation. Both of these camps have come to represent components of the Roma movement, another flavour of activism and pride which makes our movement wonderfully diverse.

Since the 1990’s and the fall of the Soviet Union, the Roma movement has largely been dominated by the influence of Open Society Foundations. At a time when there was little investment in human rights programmes concerning Roma, George Soros’s money was a pillar of the Roma movement. Its influence has arguably gone beyond investment, and has changed the environment in which we all operate – thus changing the focus of the Roma movement. For better or for worse, Open Society investment changed the movement from its focus on language, heritage, and culture in the 1970’s to focussing on human a rights approach, money and poverty in the 1990’s and beyond.

It would be unfair to say that Open Society Foundations had hijacked the Roma movement. However, its injection of corporate money, neoliberal ethos, and self-sustainability targets (in cooperation with the World Bank) have had a huge influence on Governmental policies towards Roma and Romani civil society in particular. The agenda has shifted from one of preserving Romani culture to one which is essentially concerned with making Roma into taxpayers. The economic case for Roma inclusion is increasingly the script from which we are all being told to read - the idea being that this makes inclusion more palatable to Governments. The narrative for some time has been: How much larger would our economies be? How much higher would government revenue be, if Roma enjoyed the same labour market opportunities as the majority population?  Of course, this has all happened over a period of decades in the post-Thatcher-Raegan years, when the neoliberal consensus has become the mainstream socio-economic logic for governments across Europe. Most governments in European states now see the free market as the best forum for expressing democratic society, and therefore the best way to exercise your role as a member of this society is through your choices as a consumer.

So where does the ERRC fit into this Roma movement?

The ERRC has a somewhat unique mission within the movement – one based on a human rights approach and the power of legal systems as a tool for change. It is not just part of the Roma movement, but of the human rights movement as well. Yes, there are Roma who are members of other movements, other struggles for justice, as well as a large number of Romani individuals who do not necessarily want to become activists. Most want to just get on with their lives, migrate where is beneficial for them, access public services, go to work, go to school, and generally not be bothered. It is these people that the ERRC are concerned with fighting for. The fight to live a normal life, free from discrimination.

This approach is based on human rights and equality, and underpins all of the work we do. We want Roma to be given nothing more and nothing less than equal treatment, free from discrimination, in the countries where they live, the same as their non-Roma compatriots. Freedom of choice and expression goes hand in hand with this very simple philosophy, ultimately it is for them to decide how they would like to live and what to do with their lives. It should not be anyone’s job to tell Roma to integrate or not to integrate, least of all governments or civil society organisations. The freedom of normality, that is all we want.