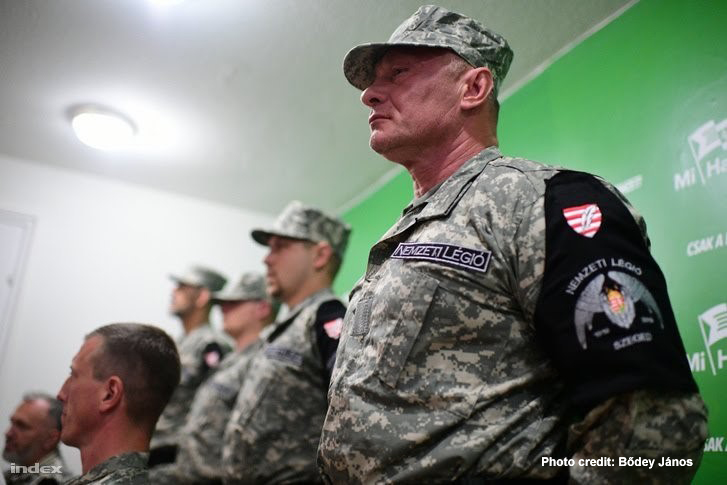 In the same week that the UN called on Hungary to prohibit organisations that promote and incite racial hatred, came the announcement of the formation of a fascist militia called the National Legion (Nemzeti Légió).

The UN report also expressed deep alarm at the prevalence of hate speech against Roma, migrants, refugees and other minorities from public figures, and “is especially deeply alarmed at reports that public figures in the State party, including at the highest levels have made statements that may promote racial hatred, in particular as part of the Government’s anti-immigrant and anti-refugee campaign started in 2015.”

The publication of this deeply critical report, which expressed ‘high concern’ at the persistence of structural discrimination, segregation and extreme poverty faced by Roma, coincided with worrying new moves from the Hungarian far-right to stoke up anti-Roma tensions in the same manner as their fascist counterparts in Bulgaria and Italy. 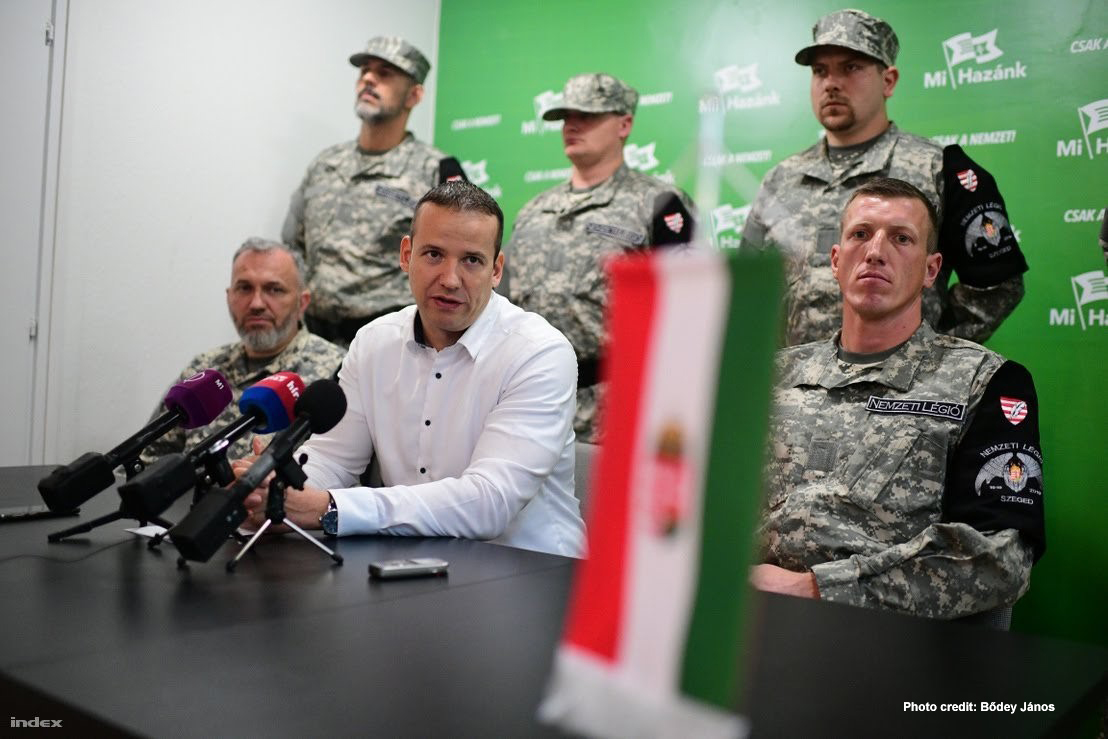 The new face of Hungarian fascism

Laszlo Toroczkai, head of the far right Our Homeland Movement (Mi Hazánk), said the new paramilitary group would primarily focus on the “preservation of traditions”, self-defense and teaching basic military skills. Toroczkai added that while his new gang “is not the legal successor to the Magyar Gárda”, it “wants to continue its idealism and altruism”.

The intent is clear, this militia aims to harass and intimidate Roma under the pretext of fighting ‘Gypsy crime’. It seeks to revive the climate of fear in Roma communities that peaked during the serial killings by neo-Nazis in 2008-2009 and continued with the riotous assemblies by the Magyar Gárda and other far-right paramilitary groups in town such as Gyöngyöspata and Devecser up until 2012.

The small town of Törökszentmiklós is bracing itself for the National Legion’s first flexing of paramilitary muscle. Toroczkai’s hoodlums have already twice been banned from marching on the Roma neighbourhood, so instead they will hold a ‘standing’ rally in Tuesday in the town centre. According to reports, locals are nervous, businesses have planned to shut down for the day, and some Roma parents have sent their kids to stay with relatives. The mayor accused Toroczkai of playing ‘the race card’ and denied that there has been any inter-ethnic tension in the town. The National Legion’s formal founding ceremony will take place on the first of June in Szeged, one hundred years after Horthy’s National Army (Nemzeti Hadsereg) was formed there with the objective of "cleansing Budapest of communism".

Toroczkai’s party (Mi Hazánk) broke away from Jobbik, disgusted with Jobbik’s attempts to rebrand itself as a patriotic party by outwardly shedding the racism, fascism and homophobia that made it such a hit among 20%-plus of Hungarian voters. Mi Hazánk remains true to such core values and is running candidates in the European elections. Their manifesto is a mix of anti-migrant Islamophobia, hostility to the ‘mixing’ that dilutes Christian culture, and nonsense about “preserving values and glorious spiritedness inherited from the ancient Hungarians of the steppes” and the new notion of the Northern Civilization, stretching from Kamchatka to Reykjavík.

As for the racist take on the so-called ‘Gypsy Question’, the Mi Hazánk manifesto states, “It has to be declared that the integration of Gypsies, as old immigrants, has not been successful and their baby booming threatens the national budget.” Drastic interventions promised include “the need to fight against all aspects of Gypsy delinquency and the problem should be settled by strengthening the police and supporting voluntary self-defense associations … Limiting childbearing for only subsistence purposes is of key importance to the future of Hungary.”

Predictions suggest that Mi Hazánk Mozgalom might attract between 1% and 2% of the vote. But there is little comfort to be drawn from a dismal showing at the polls. The threat from this far right movement and its paramilitary movement is extra-parliamentary, its currency is prejudice and fear, and it has Hungary’s Romani citizens in its sights.

These latest developments make the latest report from the UN Committee on the Elimination of Racial Discrimination (UNCERD) all the more pertinent. The Committee expressed deep concern at the operation of organizations that promote and incite racial hatred, and “the lack of information on the impact of any measures taken by the State party to prevent incitement to hatred generated by these organizations”; and called on the government to ban such organisations.

‘Deep alarm’ was the chosen phrase, concerning the prevalence of hate speech targeting Roma, migrants, refugees, asylum seekers and other minorities – especially that so much of it emanates from the highest levels of government. Similarly the committee was concerned by the persistence of violent racist hate crimes, in particular against the Roma. CERD called on the government to take immediate action to prevent racist hate crimes and protect vulnerable groups. The committee called on the government to stop racist hate speech and incitement to violence and to “publicly condemn and distance itself, including in the media and on the internet, from racist hate speech by public figures, including politicians, and take measures to protect vulnerable affected groups.”

UNCERD repeated its concerns at the persistence of structural discrimination, segregation, and the extreme poverty faced by Roma. The Committee urged the government to end all segregation in education; cease forced evictions and housing demolitions; prevent all ethnic profiling by law enforcement; ensure all Roma have full and unhindered access to healthcare without discrimination and harassment; and to take proportionate measures to end extreme poverty among Roma.

The full report from UNCERD can be accessed here.