What kind of country? Ireland’s Ombudsman for Children describes conditions on Traveller site as ‘utterly shocking’ 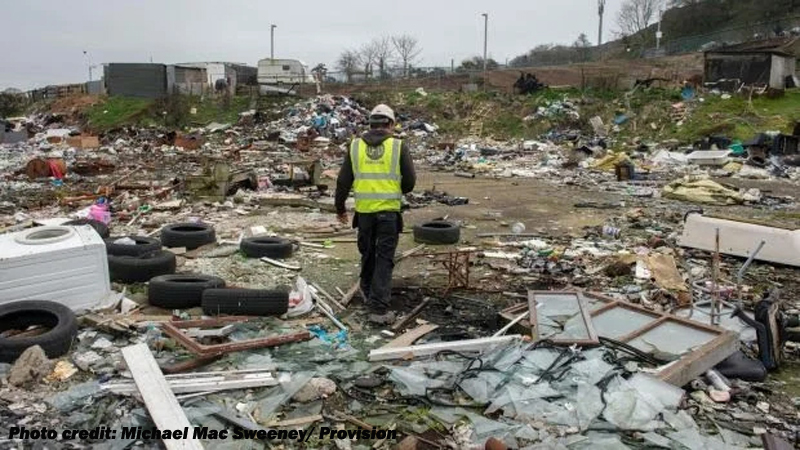 These are the words of a 12-year-old Traveller girl describing life on a halting site run by Cork City Council. A shocking new report entitled No End in Site, found that “undesirable administrative practice” has left 66 Traveller children living in filthy, overcrowded and rat-infested conditions.  At the publication of the damning report, the Ombudsman for Children, Dr Niall Muldoon said:

“The conditions we found on the halting site in question were deplorable. To think that children in Ireland in 2021 are living like this is utterly shocking. Under no circumstances can this be accepted or allowed to continue.”

The report found that Cork City Council is violating the human rights of Traveller children, and that conditions on the site pose a serious risk to life and limb. The Council’s failure to administer its social housing allocation scheme in a transparent and accountable manner, contributed greatly to the severe overcrowding on this site. The Council’s failure to comply with its minimum statutory requirements with regards to Traveller accommodation was found to be “both contrary to fair and sound administration and improperly discriminatory.” The fact that this situation was allowed to continue for more than a decade, and that the needs of children could be so wilfully neglected by the city authority, speaks volumes about the depth of institutional anti-Traveller racism in Ireland.

Investigators met 17 children, some as young as three, who told them that they feel different to other children and described life on the site:

“When you put your hands out of the bed in the mornings, the blankets are all wet” — (girl 16)

Some children spoke of how they were mocked in school for the dirt on their clothes; others of how they could not invite school-friends home because of the conditions on the site. They also described the wet, damp and cold. Older children told of having to watch out for their younger siblings at play because of the high risk of injury due to hazardous conditions. Teenagers spoke of the lack of privacy and difficulties doing homework because of overcrowding in the mobile units; and how the lack of Wi-Fi made schooling difficult and cut them off from socialising with friends online.

The Director of Public Health Nursing (PHN) told investigators from the Ombudsman for Children’s Office (OCO) that the infection rates of children living on the site was higher than in the settled population, and expressed concern at the increased incidence of medical conditions such as impetigo, dermatitis, eczema, and abscesses along with upper respiratory and lower urinary tract infections. The PHN stated that, in their professional opinion, the increased incidence in health issues in children at the site were a direct consequence of the poor standard of accommodation and welfare huts on site.

An estimated 38 families now live on site with 66 children between them. Approximately 140 people use toilets and washing facilities (welfare huts) designed for 40 people. The Chief Fire Officer reported in 2016 that there was unacceptable risk to life due to the proximity of the homes and an overloaded electrical system. The site caretaker told OCO staff of weekly requests from residents for repairs and upgrades of mobile homes and wash facilities. These included reports about ceilings of welfare huts falling in, blocked toilets, dampness and large pot holes.

During their three visits to the site and its surrounds, OCO investigators found that despite the efforts to decorate and make the mobile homes as comfortable as possible, there was evidence of damp on the walls and ceiling; heating provided was inadequate; and overcrowding was obvious with children sleeping on makeshift beds cramped into the living/dining spaces. Investigators found the welfare huts to be cold and in various states of disrepair, with cracked walls, ceilings and windows. The door on one welfare hut could not be closed over properly and a number had a stale damp smell.

With their parent’s permission, several children escorted investigators around to the areas of the site where they play, and showed the route, a short-cut, they take to school:

“Investigators observed that due to the water pools in the grassed areas and parts of the roadways, passage through the area can result in muddied shoes and clothing, which the children described as a particular problem in terms of their daily journey to and from school, and which they felt drew negative and unwanted attention from their peers.”

The OCO report findings in relation to the Local Authority include:

The OCO has recommended that Cork City Council

At the report launch, Ombudsman Muldoon stated that he will be “seeking regular updates from the local authority on the progress they have made in implementing our recommendations and how the lives of children have improved.”