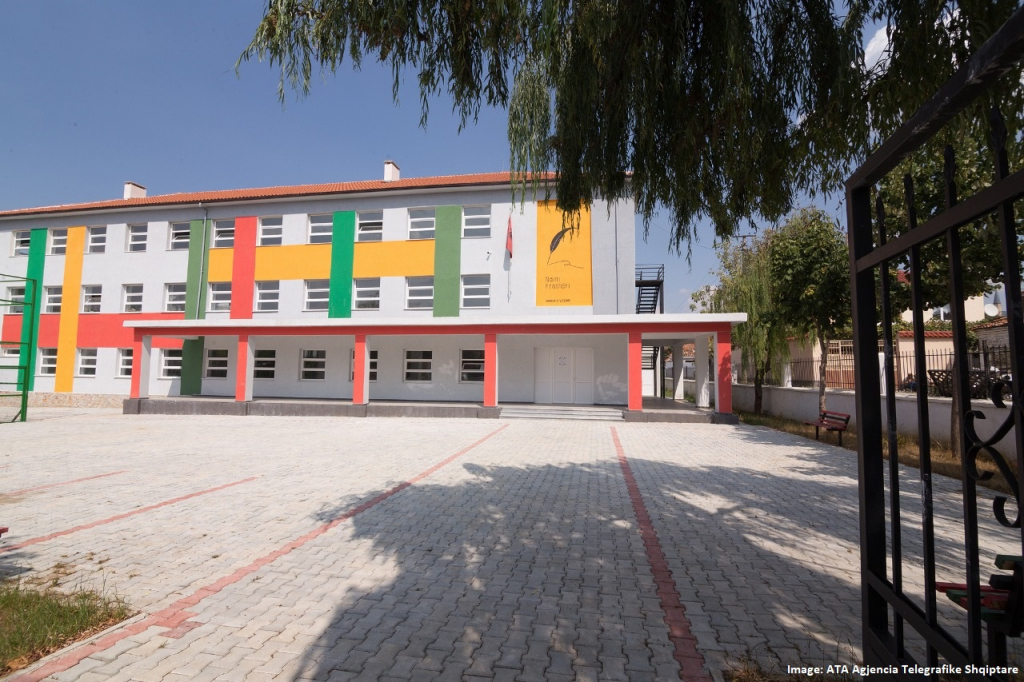 Brussels, 31 May 2022: Romani and Balkan Egyptian families have won a potentially precedent-setting case against the Albanian government before the European Court of Human Rights (ECtHR) for racial  segregation in the Naim Frasheri School in Korça. The Court found that Albania had violated Article 1, Protocol no.12 of the European Convention on Human Rights by failing to implement swift and comprehensive desegregation measures in the elementary school attended almost exclusively by Romani and Balkan Egyptian children. According to the judgment, the Albanian government must take measures to desegregate the school as well as pay damages of €4500 per household to the families. The applicants were represented by the European Roma Rights Centre (ERRC) which brought the case directly to Strasbourg, bypassing the national courts, after authorities failed to desegregate the school.

“Equal access to education is one of the most important factors for achieving equality and ending the legacy of antigypsyism” said ERRC Legal Director Vivien Brassói. “The judgement from the European court is clear: state authorities must respect the decisions of equality bodies and take immediate measures to change the situation. We congratulate the families who brought this case and made legal history, not just in Albania but across Europe.”

The judgment reiterated Article 46 of the Convention which imposes a legal obligation on Albania to put an end to the violation found by the Court (in this case, discriminatory school segregation) and provide redress as far as is possible for those affected by the discrimination. The government have three months in which to pay the damages totalling €22,500 plus taxes to the affected families. All of the adult applicants who brought the case to court were Romani and Balkan Egyptian women.

The Naim Frasheri School is located on the outskirts of the city of Korça and is known locally as the “Roma and Egyptian school”, because virtually all of the students who attend it belong to these minority groups. What was once an integrated school attended by a mixture of Romani, Balkan Egyptian, and ethnic Albanian students began to become more segregated from 2012, as more and more ethnic Albanian parents removed their children from the school because of an increase in the attendance of Romani and Balkan Egyptian students (a phenomenon known as white flight). Within a few years the school was 99% attended by Roma and Balkan Egyptian students and parents noticed that the quality of education their children received was worse, with some children not even being able to read and write.

After meeting with parents from the school, the ERRC made a complaint in the organisation’s own name to Albania’s Equality Commissioner, who agreed that this racial segregation was unlawful. On 14th April 2017, the Ministry of Education wrote a letter setting out the steps that the government would take to desegregate. No steps were taken by local authorities to desegregate Naim Frasheri or other segregated local schools. The parents met with the ERRC in late 2017, after another school year had begun in which their children would be taught in segregated conditions. They were unhappy that the authorities had not done what they said they would do to desegregate the school. Rather than wait years for the Albanian court system to process the cases (during which time their children would continue to be segregated), we advised them to go straight to the European Court. As the authorities had already recognised the problem, promised to desegregate, and done nothing – bringing a domestic case would be a waste of time. The ERRC brought the case directly to the European Court in two applications: one submitted in  October 2017 (Application no. 73548/17)  and another in August 2019 ( Application no, 45521/19), complaining that the school segregation was discrimination contrary to Protocol no.12 of the European Convention on Human Rights.

This press release is also available in Albanian.

Balkan Egyptians (known in the Balkans as simply Egyptians) are an Albanian-speaking ethnic group present mainly in Kosovo, North Macedonia, Albania, Serbia, and Montenegro. They have lived in the Western Balkans for centuries often alongside Roma, but are in modern times considered a distinct ethnic group from Romani people. The origin of the Balkan Egyptians is a matter of historical uncertainty, with theorised homelands including Persia, Turkey, Israel and ancient Egypt.

Protocol no.12 is a human rights guarantee of the European Convention on Human Rights that Albania signed up to. Everyone in Albania is protected from discrimination based on race, ethnic origin, or colour by any public authority or in relation to any right protected by law. Not all European countries have agreed to be bound by Protocol no. 12, but Albania has signed up to this. The ERRC told the European Court that this creates particularly strong obligations for Albania to end school segregation and other forms of discrimination.