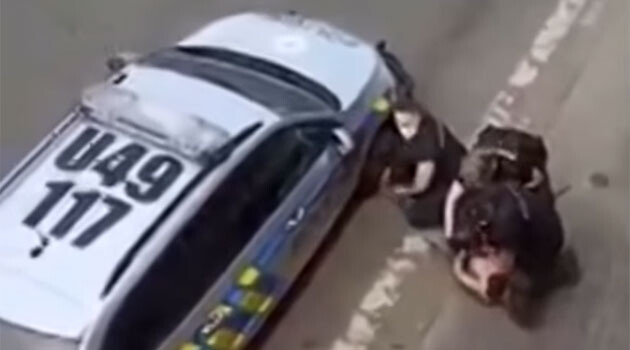 Prague, Brussels, 21 March 2022: The decision of Czech authorities to close the investigation and discontinue legal proceedings relating to the death of Stanislav Tomáš, a Romani man who died after being forcefully restrained while being arrested on 19 June 2021, is an aberration of justice, a group of Czech and international human rights organisations have said today.

On 16th March 2022, the General Inspectorate of Police Services (GIBS) closed their investigation into the conduct of the police officers present at the arrest of Stanislav Tomáš. They found that the police intervention was “carried out in a standard way, using coercive measures that were lawful, the use of which did not have a proven causal link to the subsequent death.” Recently the Prosecutor General’s Office (Vrchní státní zastupitelství) also confirmed that the decision of the Ústí nad Labem Police Directorate not to open an investigation was lawful, as well as the supervision of the Ústí nad Labem State Prosecution Office.

The European Roma Rights Centre (ERRC) and the Forum for Human Rights (FORUM) which are supporting the legal representation of the family of the deceased, have responded by filing a request with the Prosecutor General’s Office to initiate an “oversight” procedure. The organisations also intend to bring the case before the Constitutional Court. The ERRC, ROMEA, Amnesty International Czech Republic, and Konexe are jointly questioning the independence and effectiveness of the investigation and asking the Czech Government to propose legislative measures which will ensure similar cases are properly investigated by an independent authority in future.

“The decision to close the investigation into Mr Stanislav’s death was not unexpected, but it is nonetheless a denial of justice. To the government we say it is long past time for a statement on how they plan to salvage Romani people’s trust in a system which clearly show little interest in investigating the actions of police officers, and a reassurance that measures will be taken to ensure impartiality in future investigations. In the meantime, we are continuing our fight for justice for Stanislav. The next step is the Constitutional Court, but we will explore every available legal avenue, including the European Court of Human Rights if Czech courts are unable to provide justice” said ERRC President Đorđe Jovanović.

“From the outset, the investigation of Stanislav Tomáš’s death was undermined by statements justifying the police intervention from high-ranking government officials, including the then Prime Minister Andrej Babiš, which raised major doubts as to whether the investigation would be independent and thorough,” said Linda Sokačová, director of Amnesty International Czech Republic.

Stanislav Tomáš was forcefully restrained during his arrest on 19 June 2021 by police officers in Teplice and later died. The footage of his arrest was shared on social media and sparked protests across Europe. The video showed a police officer kneeling on Mr Tomáš’s neck in a manner reminiscent of the police killing of the Black American man George Floyd, in May 2020 (for which three police officers present at the murder have recently been convicted for violating his civil rights). While the autopsy results released by the police stated that the cause of Stanislav Tomáš’ death was unrelated to the actions of the police, human rights advocates remain concerned that the disproportionate use of force used to restrain him at best demonstrates negligence on the part of the attending police officers.

“The openly biased approach of the authorities leads us to question if the autopsy was conducted thoroughly, and if not, we cannot rule out that the treatment inflicted by the police was at least a contributing factor in Mr Tomáš death. The only way to avoid any doubt is to have a truly impartial and independent investigation” said Zdeněk Ryšavý, the Director of ROMEA.

The Czech Deputy Public Defender of Rights’ report on 13th December 2021 found the police responsible for playing a significant role in the death of the Romani man. Her report stated that the police officers delayed calling an ambulance and neglected to monitor Stanislav’s health condition. In addition, she found that the Regional Police Directorate had left out crucial information reported by the first responders about Stanislav collapsing before the arrival of the paramedics in their internal investigation which could amount to a failure to conduct an effective investigation.

The human rights organisations are further calling for a review of training available to officers on the policing of minority communities. An additional, independent and transparent review of investigative processes of police misconduct should be carried out with a view to guaranteeing justice for the victims.

Excessive use of force by police against Roma is widespread across Europe, with a disproportionate number of recorded cases against them going back decades. A non-exhaustive map of incidents of police misconduct against Roma, Sinti, and Travellers in Europe is available here.