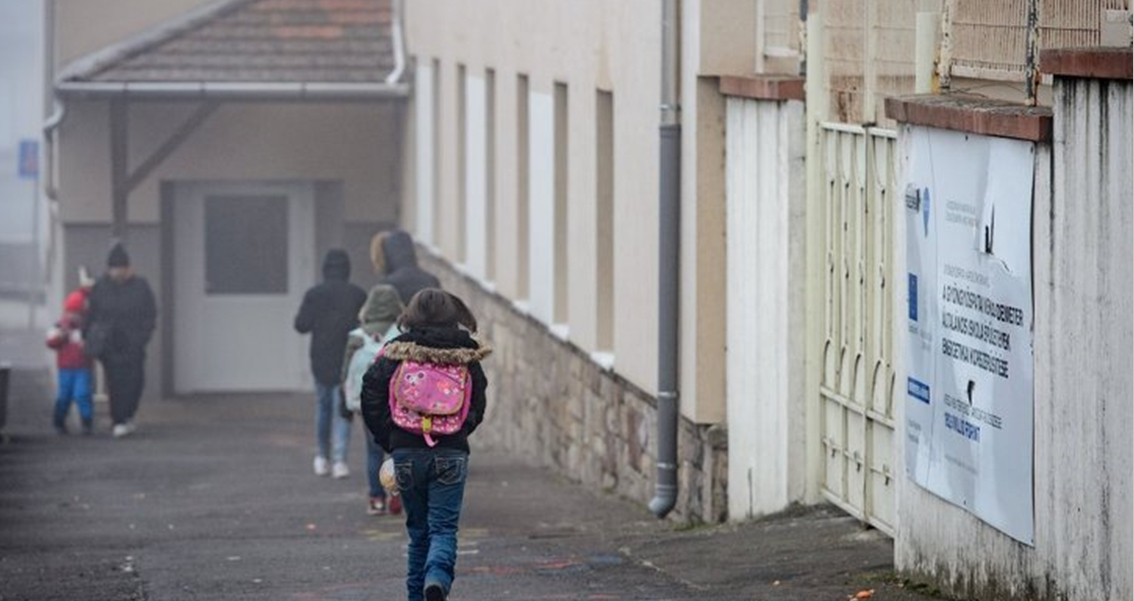 Brussels, Budapest 4 March 2020: The European Roma Rights Centre (ERRC) is legally representing the family of a 12-year-old Romani boy who was physically assaulted by the director of a segregated primary school in Gyöngyöspata, Hungary. The school was recently at the centre of a high profile lawsuit which the Debrecen Court of Appeal ruled in favour of regarding the illegal segregation of Romani schoolchildren.

The director of the Nekcsei Demeter Primary School in Gyöngyöspata is being investigated by the Heves County Police Department for “battery against a person incapable of defending himself.”  The ERRC is representing the Romani boy at police interviews and hearings which his family are attending in cooperation with the criminal investigation. The director of the school has since stood down from his position, but is still teaching at another school in a nearby village.

The assault took place on 10th September 2019 when the 12-year-old boy and his classmates were being escorted from their classroom to lunch by school staff. His sister was playing outside in the courtyard of the school. She saw him through the window and waved to him to come over to the window to talk. When the school director saw that what they were doing he went to close the window, but the girl’s hand was resting on the window frame so the boy shouted at him to stop using an informal word (csávó – guy) to describe the director. At this point the director grabbed the Romani boy by the shoulders, with his thumbs pressed into his neck, and pulled him into the school canteen. He closed the door and another teacher blocked it so no one could enter. The boy’s mother who was working in the school kitchen heard the commotion and discovered the director pressing her son against a wall with both his hands around his neck. The boy could barely breathe and was unable to speak or call out. She shouted at him to stop and the director finally let go only when she threatened to call the police.

The mother took her son to a doctor who issued a medical report detailing the injuries her son had suffered. The bruising around his neck clearly showed finger marks where the school director’s hands had been when he assaulted him. In the afternoon they went to Gyöngyös, a nearby city, and made an official complaint at the police. The family have also made a complaint to the school district administration.

Adél Kegye, the lawyer representing the family on behalf of the ERRC said: “This case is representative of the climate in which Roma in this country are forced to attend education:  segregated from their non-Roma peers, with an inferior quality education, and now from time to time they are also subjected to physical brutality and verbal abuse, as has happened here in Gyöngyöspata.”

The incident happened around the same time as 63 students of the school were awarded damages by the Debrecen Court of Appeal in a school segregation case against the school. The school district administration carried out an investigation responding to the segregation lawsuit which resulted in the school director stepping down from his post. The incident drew protests from Roma who gathered outside the school in the following days. A petition calling for the director to be dismissed has also been signed by hundreds of Roma and non-Roma.

If found guilty of the charges, the director could face imprisonment for up to three years. The ERRC will continue to attend all meetings between the family and the police and will consider if further action is necessary after the conclusion of the criminal investigation.