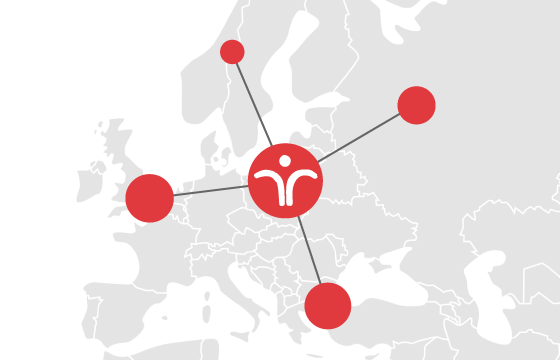 Budapest, Brussels, 8 April 2022: Today, on International Roma Day, the ERRC Roma Rights Network was launched after its first meeting was held in hybrid format in Budapest. The network includes 18 human rights organisations from 15 different countries and seeks to unite activists, Roma and non-Roma alike, who are fighting to protect the human rights of Romani people throughout Europe.

“Anyone who observes what is happening in Europe today can see that human rights – Roma rights – are under greater threat from those who want to deny these rights to us than at any time in recent years.  Human rights activists have proved over and over again that actively defending Romani people’s rights through rights-based action, and not just words or political aspirations, brings real and meaningful change to Romani communities who are most threatened. This network has so much potential to unite these brave human rights activists towards a common goal, rooted in a firm belief in anti-racism, anti-fascism, and the undeniability of fundamental rights for everyone” said the ERRC’s President, Đorđe Jovanović.

The Roma Rights Network exists to promote a human rights based approach to Romani activism. Its members are both Roma-led organisations and human rights groups focussed on improving access to basic rights for Romani communities. The network aims to impact the human rights agenda for Roma in Europe, improve rights-based advocacy efforts, foster debate about Roma Rights issues and increase the use of human rights litigation as a tool of activism.

The network is facilitated by the European Roma Rights Centre (ERRC) which acts as an equal partner alongside other members. It is envisaged that the network will grow and the members are open to new partnerships with human rights focussed non-profits who are active in challenging rights violations of Romani communities.