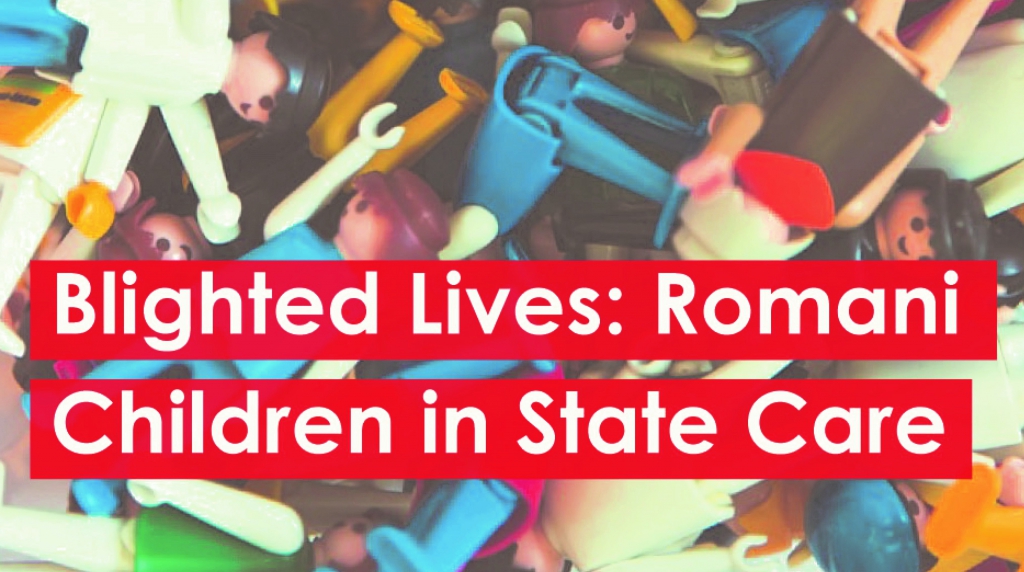 Brussels, 2 February 2021: Today, the ERRC published a report on the situation of Romani children in state care in five countries (Bulgaria, the Czech Republic, Slovakia, Romania & Moldova) which highlights failures to address the overrepresentation of Romani children in state care, as well the lack of any meaningful progress on closing down child institutions for good. The research demonstrates the need for immediate action by Governments and the European Commission, in the context of the new EU Roma Framework 2020-2030, to ensure progress on deinstitutionalisation.

The publication, “Blighted Lives: Romani Children in State Care”, builds on a decade of ERRC fact-finding and legal interventions challenging the discriminatory practices which result in disproportionate numbers of Romani children being removed from their families. This new research confirms that large-scale and discriminatory institutionalization of Romani children persists; that very many at-risk Romani families cannot access social supports; and preventative measures are scarce, or non-existent. As a consequence, underfunding combined with institutional discrimination results in removals of Romani children being a first rather than final option for the authorities. Despite the declared lack of ethnically disaggregated data, the research confirms that hugely disproportionate numbers of Romani children still end up in state care institutions.

“If, as social workers insist, ethnicity plays no role in decisions to remove Romani children from their families, how come in the Czech Republic, where Roma are 2.2% of the total population, Romani kids account for between 30% and 60% of children in state care? Romani children are overrepresented in institutional care in all the countries in the research. Institutionalisation has devastating emotional and developmental effects on youngsters, and I find it frankly appalling that Roma inclusion frameworks and strategies have completely neglected this issue. The European Commission would do well to remedy this glaring deficit.”

The profoundly devastating effects of being brought up in institutions on Romani children were very clear across the five countries, particularly those being placed at a young age in “baby homes”. The chances of children being reunited with their biological family drop exponentially with every year in care, as do their chances of being adopted. One care professional stated that in his county in Romania, “the adoption of Roma children is almost non-existent”. In a similar vein, an NGO president said: “I had the experience of seeing that Roma children are not adopted, and the first question of the families is whether the child to be adopted is of Roma ethnicity. Non-Roma kids are more accepted because they are whiter.”

The ERRC notes that despite the legal prohibitions on child removals on the grounds of poverty or deprivation, poor housing conditions and child poverty remain the most frequent reasons for removing Romani children from their biological families. The extreme deprivation that renders so many Romani families vulnerable is a function of historical oppression and contemporary policies of racist neglect, exclusion, and discrimination.

The ERRC maintains that the institutionalization of young children is a form of violence, and the disproportionate overrepresentation of Romani kids in state care amounts to a form of racist violence. A human rights-compliant response to the existing situation of Romani children and children with disabilities in state care, calls for the immediate and total elimination of institutional care and the development of appropriate child support services across Europe.

The organisation recommends that the European Commission take urgent action to:

This press release is also available in Bulgarian, Slovak, and Romanian.

The full publication, including all recommendations to national governments, can be viewed here.