New Law Against Roma Camps in Italy is Racist and Illegal 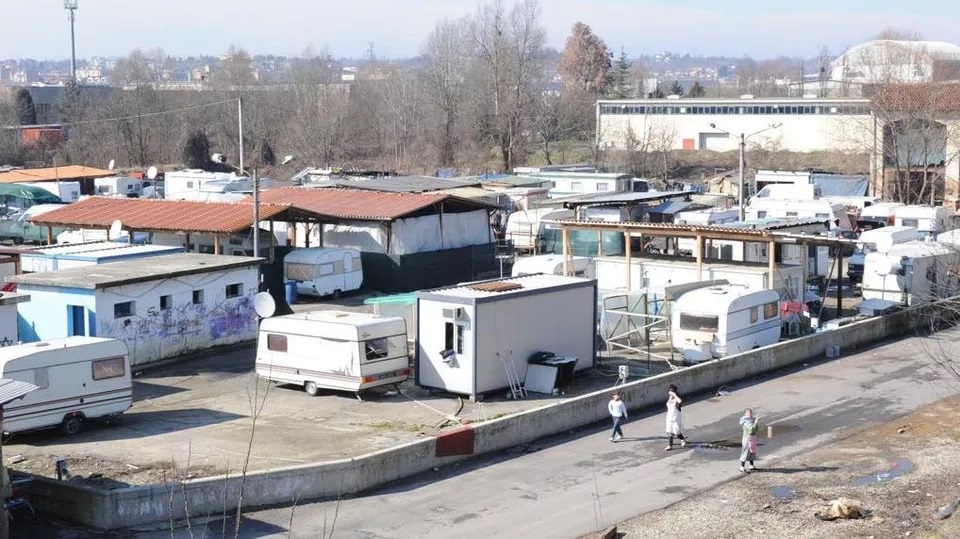 Brussels, Rome 27 November 2019: The Regional Council of Piedmont, Italy has presented a bill to introduce draconian regulations for Roma living in formal camps in the region. Associazione 21 luglio, Associazione per gli Studi Giuridici sull’Immigrazione (ASGI), and the European Roma Rights Centre (ERRC) consider the measures included in this bill to be discriminatory, and further infringe upon the human rights of Roma living in Italy’s so-called ‘nomad camps.’

The bill entitled Rules on the Regulation of Nomadism and Combatting Abusiveness was approved by Regional Council on 8th November after being introduced by the far-right Lega Party, who control almost half of the seats in the council. The bill seeks to abolish permanent Roma camps, without providing adequate inclusion paths, including accommodation alternatives. It dictates that Roma will be able to stay in formal camps for no more than three months. This measure will enforce nomadism on an already vulnerable and often displaced population of Roma, many of whom are only as 'nomadic' as when their last forced eviction occurred.

Alma Azovic, a Romani activist who lives in Turin, had this to say:

“Making such a bill is abominable because it goes back instead of moving forward. We always talk about camps and nothing else!”

Additional measures for Roma who want to live in the camps include a requirement to submit vehicle registration numbers and insurance to the municipality, as well as compulsory microchipping for pets in order to access the accommodation. This is not a requirement for non-Roma seeking to live in social housing. Roma may be evicted for refusing a job placement proposal, or if the school attendance of children drops too low. Under the new bill, all Roma camps will be monitored with CCTV surveillance.

The ERRC’s President Ðorđe Jovanović said “the bill demonstrates a complete misunderstanding of Roma communities as being ‘nomads’ in Italy, and makes clear that there is no intention here to implement policies which seek to actually further Roma inclusion. If authorities want to protect the rights and improve the lives of Roma in Piedmont, they should invest in integrated solutions which provide inclusion pathways for Roma in education, housing, employment, and social services.”

Carlo Stasolla, the President of Associazione 21 luglio, said that “starting from the 1980s, there was the misconception in Italy that the Roma belonged to a nomadic culture and this allowed for the creation of these so-called “nomad camps”.  Vast scientific literature, also supported by the National Roma Integration Strategy, shows us that actually the phenomenon of nomadism should be relegated to the distant past. For this reason, this bill, in addition to being discriminatory and unconstitutional, is based on a total lack of knowledge of the Roma issue in Italy and in the Piedmont Region”.

The regional law proposal appears to be of dubious constitutional and international legitimacy, even in terms of regional legislative competence. Furthermore, the bill violates art. 120, paragraph 1 of the Constitution which prohibits any region from providing for measures that hinder the movement and residence of persons and their work.

In 2018, there were 19 official ‘nomad camps’ in Piedmont Region which were home to 2,175 Roma, most of whom were Italian citizens. This bill proposes to address the issues of these Romani communities by treating them like criminals with checks, penalties, and surveillance which are contrary to their basic rights as Italians and as human beings.

Associazione 21 Luglio, ASGI, and the ERRC find that this bill is discriminatory in nature and does not meet the needs of Romani people in Piedmont. If implemented, this bill – which talks of nomads, evictions, and camps as the only solutions for Roma – will serve only to further segregate Romani communities, and perpetuate the cycle of forced eviction, persecution, and poverty.

The organisations are investigating all options, including legal avenues, to challenge this discriminatory bill.