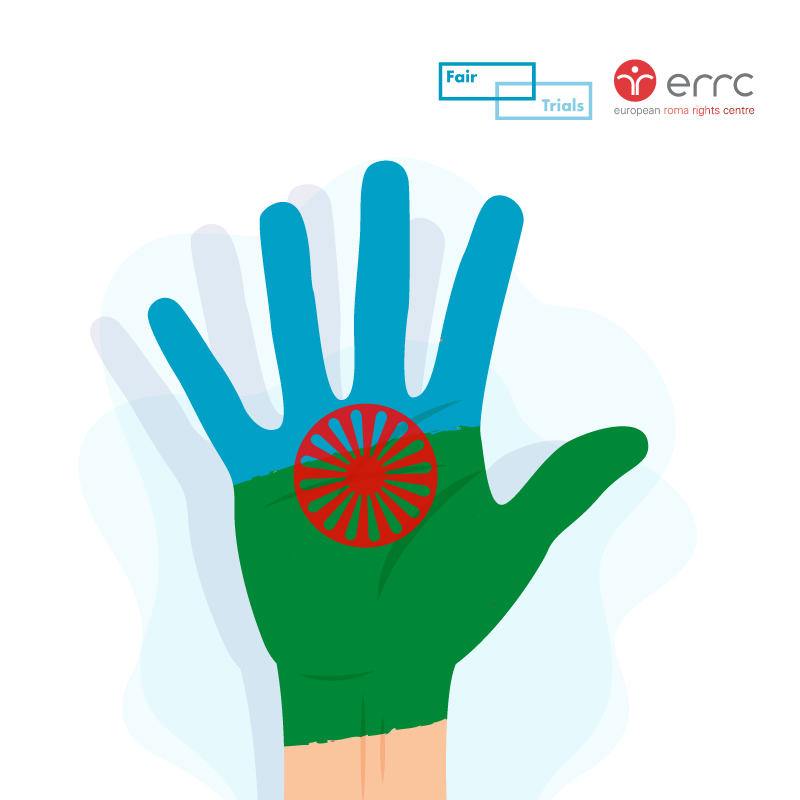 Brussels, 2 March 2022: New research published today by the European Roma Rights Centre (ERRC) details shocking inequalities in the experience of Romani people in the criminal justice systems of the Czech Republic, Slovakia, Serbia & North Macedonia. The report Justice Denied: Roma in the Criminal Justice System is a summary document of four national research reports which will be published later this year, co-produced by the ERRC and global criminal justice watchdog Fair Trials.

“The findings presented in this summary report, and in the national research reports, will not come as a surprise for many Roma Rights activists” said ERRC President Đorđe Jovanović. “Through our work over the years challenging police misconduct, abuse in prisons, and biased judicial processes we knew that the system was institutionally racist at multiple levels. This report confirms what we already suspected, as well as previous research in other countries – for Roma there is very little justice to be had in the criminal justice systems of Europe.”

One lawyer interviewed in the course of the research described how prejudices and stereotypes against Roma taint the process of justice at every level of the criminal justice system:

“There is a perception within the criminal justice system that only Roma people commit crimes, that it is getting worse, that they commit serious criminal offences, which is not true. There is a perception that if Roma are present in the locality, there will be a lot of work for the authorities to do.”

“Justice isn’t blind. Anti-Roma racism is prevalent and normalised in criminal justice systems across Europe, and this report is a sobering reminder that for millions of Romani people in Europe, equality before the law is just an illusion – said Bruno Min, Legal Director at Fair Trials – “Inaction is no longer an option, and it’s high time that governments and the EU recognise and address these challenges head-on.”

The national research carried out in the Czech Republic & Slovakia, and Serbia & North Macedonia will be published in two additional reports later this year.

This summary report Justice Denied: Roma in the Criminal Justice System is available online at: http://www.errc.org/uploads/upload_en/file/5357_file1_justice-denied-roma-in-the-criminal-justice-system.pdf

This press release is also available in Slovak, Serbian, and Macedonian.