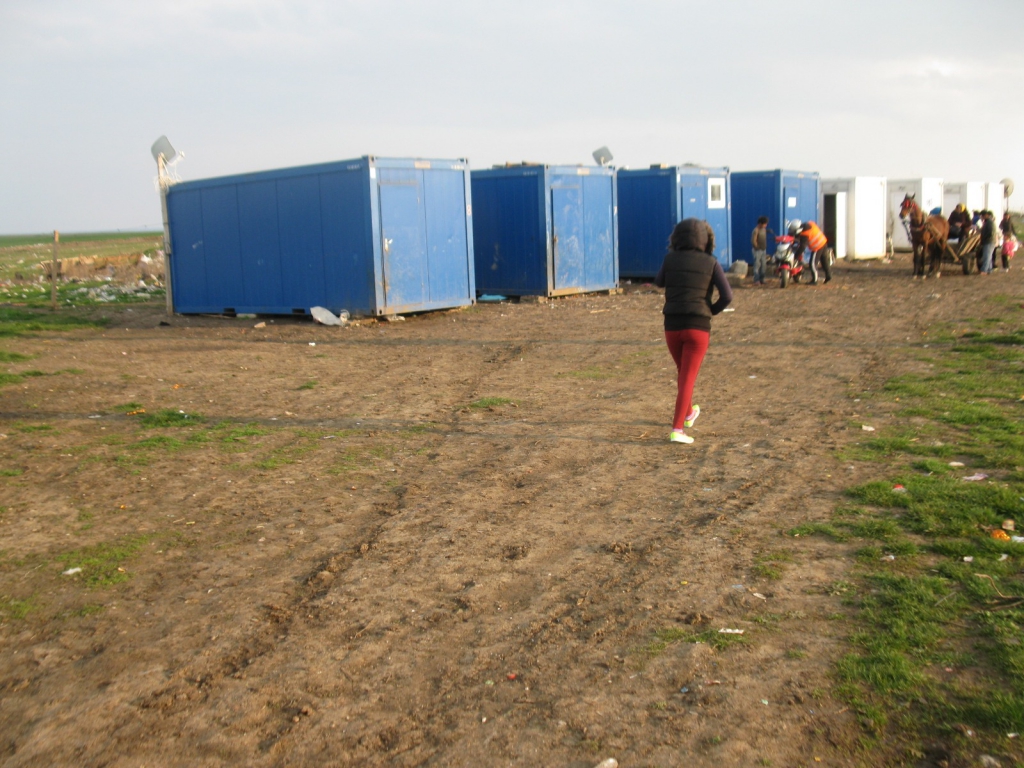 Brussels, 22 March 2021: Local authorities in Eforie, a city on the Black Sea coast of Romania, have been ordered to provide adequate housing to Roma who were evicted in 2013 from their homes. The authorities must also pay compensation amounting to €20,000 per person for their failure to implement the judgment which was won by the European Roma Rights Centre (ERRC) in 2016 regarding the illegal eviction.

On 11th March 2021, the Constanța Tribunal ruled that the Mayor of Eforie and the Administrative Territorial Unit of Eforie are obliged to pay a penalty of approximately €20 per day to each person who was victim of this eviction. The compensation will be for every day the people were left homeless since 11th April 2017, and will continue until the authorities satisfactorily implement the 2016 judgment to rehouse the Roma families who were evicted in 2013. The judgment also states that the Mayor’s Office has to provide one house for each evicted family. The court’s decision is not final and can be subject to an appeal. The recent case relating to non-implementation was jointly brought to the court by the ERRC and RomaJust.

“Money seems to be the only language that racist authorities will understand, so we welcome this judgment which is an important step for justice for the people affected. For every day that the Mayor of Eforie does not rehouse these Roma, it will cost the taxpayers of his city. Politicians need to understand that their racism is expensive. We will continue to litigate until they realise that inclusion of Roma is actually much cheaper than discrimination” said the President of the ERRC, Đorđe Jovanović.

The eviction occurred on 27th September 2013, targeting a Romani community living on Agricola Street in some 22 houses who had been living there for 40 years. It was carried out by around 80 police officers accompanied by municipality workers and bulldozers, under the direct supervision of the Deputy Mayor of Eforie who attended the eviction. Over 100 people, including 55 children, were made homeless when their homes were destroyed without consultation or provision of adequate alternative housing. Local media reported that the Deputy Mayor was heard threatening resisting Roma, saying “if you don’t come out, we’re going to kill you here.”

In the days that followed, the evicted people had to live outdoors in temporary shelters until some could eventually take refuge in an abandoned school building without windows or electricity. Others were housed in an equally grim disused dormitory. Some of these people were evicted a second time in July 2014 by the Deputy Mayor and relocated to shipping containers out of the city. These containers were too small to house all members of the families and had inadequate access to basic facilities. The rest of the families received no accommodation of any kind.

After another attempted eviction of the Roma from container housing was halted by the European Court of Human Rights in March 2016, the original eviction was finally judged to be illegal and discriminatory on 1st June 2016 in a case brought by the ERRC.

The recent positive judgment concerns the lack of implementation of this ruling by the guilty authorities.