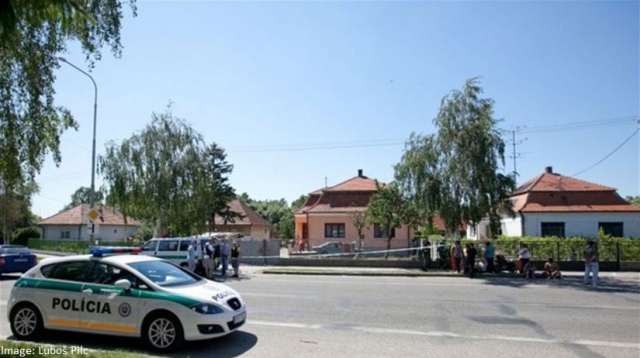 Budapest 11 December 2018: The European Court of Human Rights has ruled that the investigation, prosecution and trial of a racist police officer who murdered three Romani family members in Hurbanovo, Slovakia was inadequate. The court found that the prosecution of the case did not adequately expose and deal with the racist motivation for the murders. The two survivors of the attack who took their case to court were awarded €50 000 in damages.

On 16 June 2012, an off-duty police officer took an illegally purchased gun and drove to the house of a Romani family in Hurbanovo, Slovakia. He stopped in front of the house and, without saying a word, opened fire on the Romani family who were in the yard. Three of them died and two others – the litigants in the case – were seriously injured. The murderer later admitted to police that when he was preparing his gun, he was thinking about how to deal with “the Roma from Hurbanovo.”

The murderer was found guilty and sentenced to nine years’ imprisonment, including three years of protective supervision including psychological treatment.

This police officer had made it clear that he was motivated by antigypsyism, and had made several comments saying he wanted to kill Roma. According to the European Court, the authorities had enough indications that there were racist overtones to the attack. Yet the authorities did not do what was necessary to investigate whether it was a racist attack.

“This case was a systemic failure of the Slovak justice system.” explained ERRC President, Ðorđe Jovanović.

“After the police were ineffective in their investigation, the prosecutor had a chance to correct things, but failed to mention racial motives. The criminal courts allowed this to continue, despite the applicants’ explicit demands for justice. When the criminal justice system failed, the Constitutional Court – to whom the applicants turned, still with ERRC support – should have found a violation of Slovakia’s Constitution. They didn’t. This kind of systemic failure to give justice to Roma is too common and must stop”.

The European Court’s judgment contradicts an earlier finding by Slovakia’s Constitutional Court that there had been no violation of the family’s rights. The judgment will become final in three months, unless Slovakia tries to contest it, by asking for it to be referred to the Court’s Grand Chambers. Most such requests are refused.