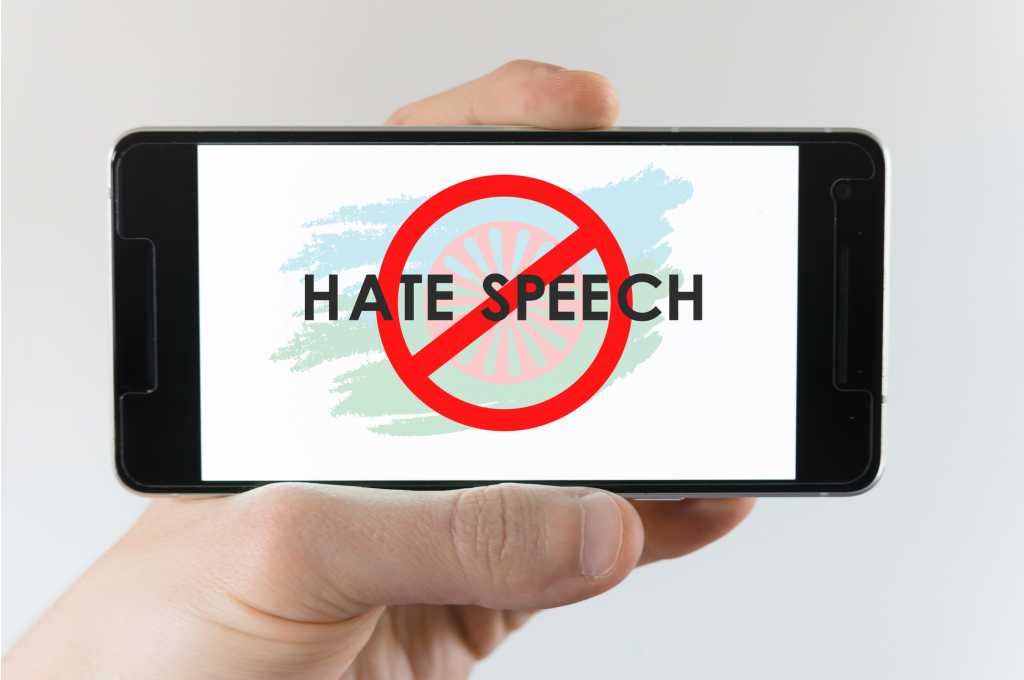 Prague, Brussels, 16 May 2022: A group of 20 young Roma have come together to take proactive action against online hate speech in the Czech Republic. The group, most of which are students and volunteers, have come together to monitor and report discriminatory speech online, develop content which provides counter narratives, and are building a base of evidence which will be used for legal action.

They are part of a joint project between the European Roma Rights Centre (ERRC), the Forum for Human Rights, and ROMEA who are aiming to challenge hate speech online through volunteer-led action, as well as bring legal complaints against content providers in an attempt to directly tackle hate speech in the online sphere. The project is supported by the EVZ Foundation (Stiftung Erinnerung, Verantwortung und Zukunft), Germany.

“There is often a very direct relationship between hate speech posted on the internet and real world hate crimes committed against Romani people” said ERRC President, Đorđe Jovanović. “Hateful comments online are not only a representation of antigypsyism offline, in many cases they actually incite further crimes against Roma – especially when coming from public figures who use anti-Roma hatred for political gain. Our Romani activists are the answer to this: taking action against those who promote hate, and those whose duty it should be to remove it.”

Today on Romani Resistance Day, which commemorates the spirit of resistance of Romani prisoners who rose up against Nazi guards in the Auschwitz-Birkenau concentration camp, these young Romani activists are refusing to be passive in the face of hate speech. The Roma Holocaust is a sobering reminder of what can ultimately happen when such hate is allowed to flourish unchallenged. The ERRC has documented numerous cases where online hate speech has led to very real consequences for Romani lives, particularly when it has been weaponised by the far-right, and it is no longer possible to completely divorce the online from the offline world.

“Every day on Facebook I see hate speech against Romani people. Those people think that if they hide behind the computer, they don't have to face the consequences. I believe that in the future there will be more effective ways to punish those people, that's the reason why I'm involved in this project as a volunteer in ROMEA. We need to focus on the hate speech and try to fight it in every possible way we can“ said František Német, one of the volunteers and a student of Artificial intelligence at the Czech Technical University in Prague.

“I think that this project is really important because it shows how dangerous the internet can be. I'm really surprised that there is so much hate speech against Romani people, especially now when Roma refugees from Ukraine are coming to Czech Republic. Sometimes I feel that the cruelty of those people who post hate speech on Facebook is coming from the frustration of their own life. It needs to be reported more and it needs to be controlled more from those social sites. I think there needs to be more projects like this one” said Veronika Banová, a volunteer and Law student at the University of West Bohemia.

This project builds on the ERRC’s volunteer-led work to challenge digital antigypsyism in Albania, Serbia, Turkey, and Ukraine and aims to build a digital community of anti-hate speech activists, working together to counter dangerous rhetoric threatening their communities.

"We are convinced by the project's cross-border, participatory, and strategic approach. Online Hate speech does not end at national borders, nor should counter-speech. The volunteers write against discriminatory posts and thus create: Awareness of exclusion of Roma and options for action against antigypsyism - online and offline," says Dr. Andrea Despot, CEO of the EVZ Foundation.

Romani Resistance Day is commemorated every year on 16th May by Romani people throughout Europe, as well as civil society organisations and international institutions such as the Council of Europe. It memorialises an account of an uprising by Romani inmates at Auschwitz-Birkenau concentration camp which is said to have occurred in May 1944 (although some witnesses put the date in August). According to the account, on the 16th May 1944 the SS guards were ordered to liquidate the so-called Zigeunerfamilienlager of Auschwitz where around 6,000 Roma were being held. They were met with resistance from the inmates who had armed themselves with improvised weapons of shovels, pieces of wood, and iron pipes. The camp guards withdrew and the Romani prisoners survived for several more months, during which time as many as 3,000 were transferred to other camps. On 2nd August almost all of the remaining inmates (mostly the elderly and children) were murdered in the gas chamber of Birkenau. The story has come to symbolise the resilience of the Romani people, and Romani resistance to fascism in general as many fought as partisans and resistance fighters across the continent.

This press release is also available in Czech and German.