Brutal and Bigoted: Policing Roma in the EU 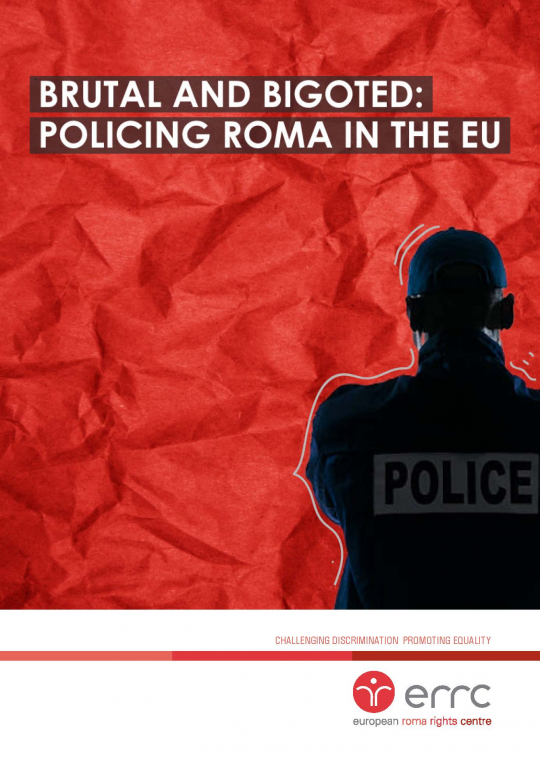 This report aims to break the silence over racist policing through evidence gathered on police violence against Roma in six EU Member States. It reveals widespread institutional racism, brutality, and impunity amongst law enforcement concerning crimes against Roma. In each of the six countries, the report demonstrates the extent to which anti-Roma racism is endemic and systemic within the ranks of officers paid to ‘protect and serve’. Rather than being the case of a few “bad apples” amongst police forces, this document demonstrates that law enforcement agencies are saturated with institutional discrimination. The case files cited in this report comprise a catalogue of official lies and botched investigations, testimonies concerning incidents of excessive, arbitrary, and sometimes lethal violence against young and old, deliberate attempts to discredit and intimidate victims, and protracted struggles through the courts for remedy, where justice for Roma is often denied and always delayed.

Brutal and Bigoted: Policing Roma in the EU (PDF)