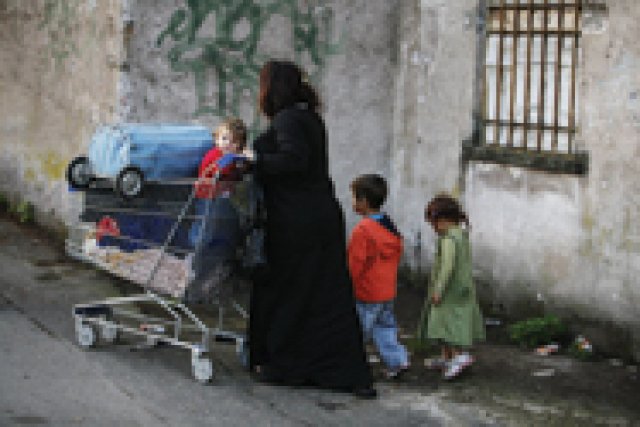 2008-09 will be remembered by Roma rights and human rights activists for the extremely troublesome situation of Romani communities in Italy. Mounting racism and anti-Romani sentiment erupted in Naples and Milan in May 2008. Moreover, various legal measures and policies adopted by the public authorities, such as the ongoing "census" of the Romani population and the transportation of Roma to special camps even further from city centres in order to "sanitise" urban centres were outright abuses of individual freedoms and rights.

Growing fear and hatred of Roma among the general population on the one hand and the hostile approach of the national government and some local administrations on the other created a witch hunt atmosphere directed against even long-established Romani and Sinti Italian citizens as well as newly arriving Romani migrants.

It is true that the problems of Roma are not limited to Italy only. Roma are struggling to cope with physical violence, segregation and other forms of discrimination all over Europe. The uniqueness of the Italian case is that the Government at its highest levels has made a policy of promoting racial animosity and xenophobia.

This issue of Roma Rights attempts to analyse the dynamics of anti-Romani policies, practices and sentiments in Italy. Henry Scicluna presents a review of the Italian government's anti-Romani policy and practice dating back to 2001, and surveys the mirroring of these xenophobic and fearful approaches among the general public and the media. He also notes that the hostility towards Roma has roots reaching back past the recent events.

Secondly, Lorenzo Trucco provides an overview of legal provisions in Italy affecting migrants generally, and Romani migrants in particular, as well as Italian citizens of Romani origin. The article notes that, for the most part, the Italian approach to controlling migration and to addressing Roma issues has been punitive. In the following article, Piero Colacicchi recounts the origins of Italian government policy to encourage the creation of special camps for Roma and the ensuing negative consequences. Fourthly, Erika Szyszczak, formerly the Board Chair of the ERRC, writes about one of the most contentious issues at the core of the Roma problem in Italy and elsewhere; that of citizenship and the meaning of citizenship in the European Union.